OP-ED: A Republican Referendum: How Can the GOP Rebuild in the Wake of Trump’s Loss? 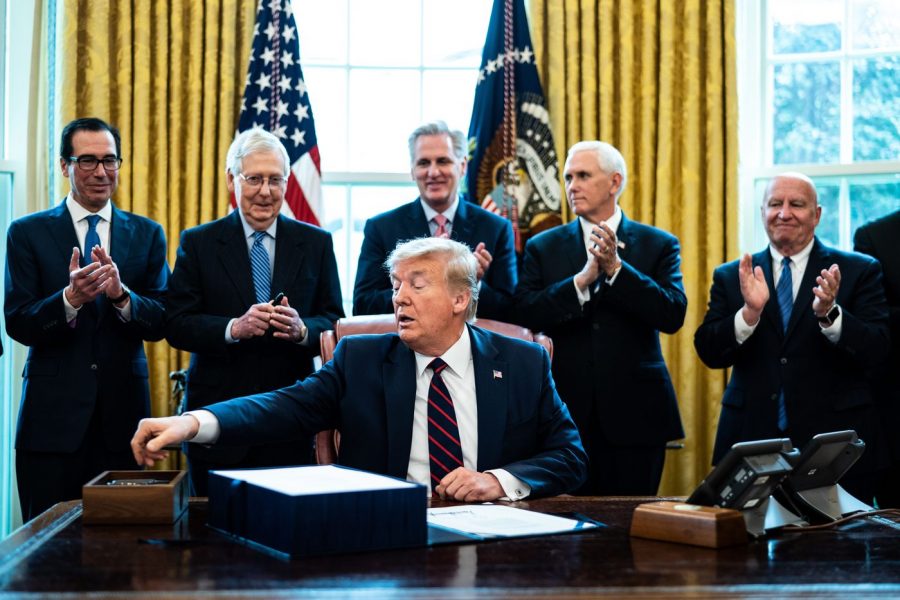 Partisanship and bitterness have ruled American politics for the past four years, perhaps more so than at any other time in our history. At the heart of this partisanship has, of course, been President Donald Trump, a man who has polarized this country unlike any other. President-elect Joe Biden delivered Trump a resounding defeat in the 2020 election, yet weeks after the election, it seems the political sphere is as divided as ever.

Save for a few remaining Republicans in the dwindling ranks of the Never Trumpers, such as former White House communications director Anthony Scaramucci, the GOP has almost completely and fatally embraced the president, his rhetoric, and his agenda. Perhaps no single person exemplifies this shift in the GOP better than Lindsey Graham, once the protégé of the late Arizona Senator John McCain, one of the president’s fiercest enemies in his party. In the midst of his own 2016 presidential bid, Graham said of Trump, “He’s a race-baiting, xenophobic, religious bigot. He doesn’t represent my party.” Yet, the very same man who delivered this scathing review of Trump has since become one of his most ardent Senate supporters. Over the past four years, the GOP has retooled its very identity to cater to Trump and his agenda. Republicans who once scoffed at the idea of a Trump presidency now protect it with their political lives. The party itself has become synonymous with Trump. After the president’s defeat, it may be necessary for Republicans to once more rebrand themselves, and after four years of deep-seated partisanship, that may be much harder to do than it once was.

In the present day, with Trump making countless unfounded claims regarding election fraud, the GOP risks further damaging its long-term reputation. With very few congressional Republicans opposing Trump and his efforts to interfere with Biden’s transition into the presidency (Senators Mitt Romney of Utah and Pat Toomey of Pennsylvania being among the exceptions), the GOP seems intent on going down with the ship. By refusing to denounce Trump’s claims and legitimizing efforts by the Trump administration to actively interfere with Biden’s transition team, the GOP is publicly acting in defiance of the will of the American people, and the public will not take that lightly. Perhaps Republicans hope to preemptively weaken and delegitimize the Biden presidency, believing this is the best strategy to retake the White House in 2024. Perhaps their party has become so synonymous with Trump, it is difficult for them to be anything but his parrots.

The Trump presidency has damaged the reputation of the GOP, perhaps permanently, and their embrace of Trump’s election claims does not help their case. That much is clear. Still, election night was not a total loss for Republicans. Going into the night, Democrats were expected to retake the Senate. Yet, with 33 out of 35 races decided, Republicans currently hold 50 seats, just one seat shy of the majority. The two outstanding seats will be decided by two Georgia runoff elections on Jan. 5. With both races polling roughly even, the GOP can easily retain control of the Senate. Additionally, although they didn’t flip enough seats to win control of the House, Republicans made definite inroads, winning eight additional seats. They are now well-poised to retake the House in 2022.

Trump’s defeat on Nov. 3 was thorough and comprehensive. Biden won the electoral college by the same margin Trump did in 2016 and won the popular vote by an even wider margin than Hillary Clinton. Biden won Georgia, a state that a Democrat hasn’t carried in 28 years. He was competitive in Texas, a Republican stronghold since the Carter years. Even while Republicans outperformed in other races, Biden consistently and dramatically beat Trump in state after state. If this election was a referendum on Trump, the American people were clear. If this election was, however, a referendum on the GOP, the American people were less convincing. Time is up for Donald Trump. With some care, it may not yet be up for his party.