Contradicting Realities in the Race for the Senate 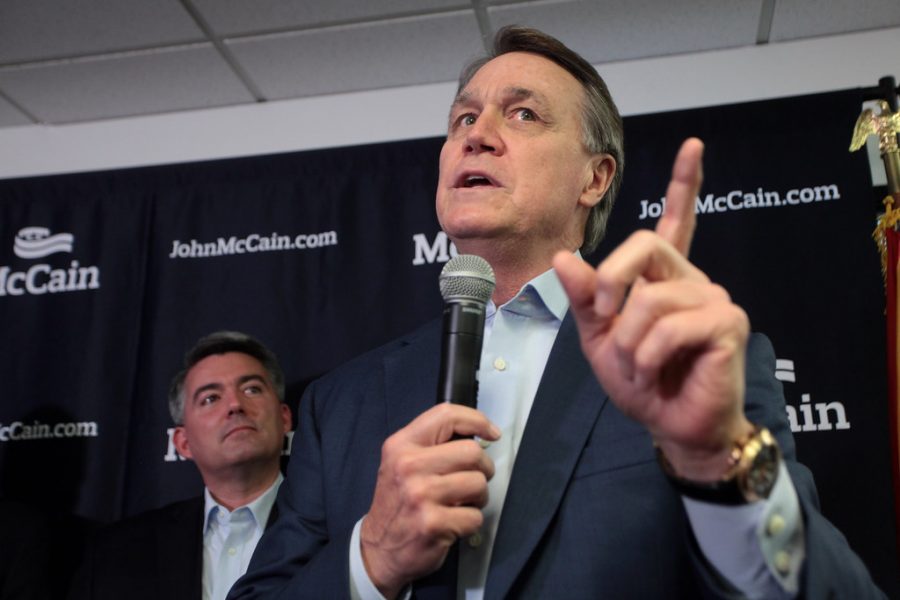 President-Elect Joe Biden is the apparent winner of Georgia, and even though no major network has officially called Georgia for either candidate, Biden’s lead of over 14,000 votes seems insurmountable even in the event of a recount. However, the greater prize for two Senate seats in Georgia remain up in the air as Senator David Perdue and Jon Ossoff and Senator Kelly Loeffler and Raphael Warnock face off against each other in the race for both parties to win the Senate Chambers. Both parties’ senatorial committees and candidates have already begun to raise millions of dollars to win both critical seats that will decide the Senate majority; however, the question of Donald Trump’s apparent loss have forced the Republican Party to walk a tightrope in their fight to hold their Senate majority. Do institutional Republicans double down and defend Trump, while taking away focus from those Senate seats or ignore Trump’s apparent loss and focus on the Georgia elections? Republicans have seemingly tried to take both paths, but contradictions are arising that pinpoint the fact that Trump’s loss is an accepted fact in the party and people are now trying to look forward towards the future of the party.

Trump has made limited public appearances since his apparent defeat and has consistently gone on Twitter in the past week raising multiple conspiracy theories in an attempt to remain prominent and explain away his losses. Although institutional forces within the Republican Party would like to move past Trump and focus on protecting their majority in the Senate, Trump remains the most popular figure in the party with significant sway over an electorate that the party needs to turn out to win both runoffs in Georgia. With Trump claiming that fraud is what cost him his election, both Republican senators in Georgia have had to follow suit and back-up these claims as a way to ensure that Republican turnout in the runoff is not depressed because of Trump’s loss. In a joint statement released by both Senators on November 9, Senator Loeffler and Senator Perdue believed that the Republican Secretary of State, Brad Raffensperger, “has failed to deliver honest and transparent elections” and “should step down immediately.” Secretary Raffensperger immediately countered by saying that his office hasn’t seen widespread voter fraud. Perdue and Loeffler dropping such a strong ultimatum against a sitting Republican Secretary of State is a sign that although Trump only has a few months left in office, both senators still need to rely on his popular support to win their elections — even if they have to resort to unverifiable claims against their own party to do so.

At the national scale, Republicans have also had to rely on Trump’s presence in the party to secure continued support in Georgia from their voters. Ronna McDaniel, Chair of the Republican National Committee, told Sean Hannity on the Hannity Show that the election was “rigged from the laws that were being passed in the name of COVID to create a porous election”, “they kicked Republicans out of poll watching and observing” and that the media was “rigging it again.” Like Trump, McDaniel does not offer substantive or decisive evidence and their consistent failures in courts across the nation continue to reflect that reality, but McDaniel doubling down on these claims is reflective of the fact that Trump is still the leader of the Republican Party for now and they have to follow his route publicly. However, in a-now-deleted tweet, McDaniel argued that “if Democrats control the Senate: Leader Schumer…Budget Chair Bernie(Hello Socialism)…. Finance Chair Wyden(Goodbye Tax Cuts)… [email protected] + @Perduesenate !” Although the tweet was quickly deleted, the Fruedian slip from McDaniel explicitly acknowledges a reality where Trump has lost the election and Biden is President —  a clear contradiction to the Republican Party’s public statements and actions.

Ultimately, when Trump first appeared in the Republican primary five years ago and stunned the country in an upset victory over Hillary Clinton in the 2016 Presidential Election, he promised that he would dismantle the establishment that prevented America from truly being ‘great’. That claim would also apply to the Republican Party. However, in the face of defeat, the same establishment that he promised to change is now slowly, but surely racing towards a future without Trump at the helm of the party. For now, they will have to continue to appease him by backing up his baseless claims about the election in order to win both of Georgia’s Senate races, but it is pretty obvious that no one in the party truly believes that Trump will serve a second term come January 20, 2021.