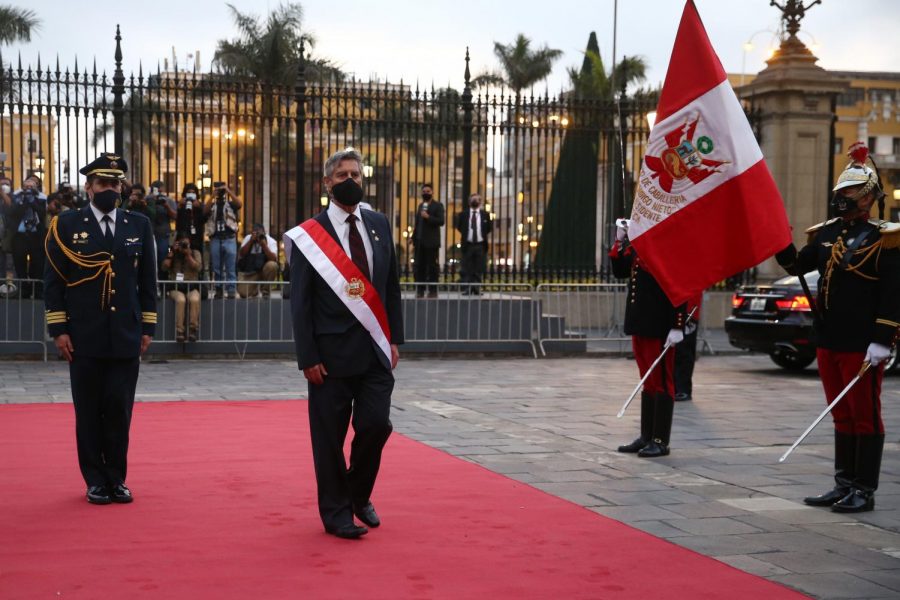 Politics in Peru are notoriously volatile. The partisan makeup of the legislature shifts drastically between elections, half of the members of Congress are currently under investigation, and the country recently witnessed three presidents in seven days.

Martin Vizcarra, the first of the three presidents, was himself an unelected executive, ascending to the presidency in 2018 after his predecessor Pedro Pablo Kuczynski resigned in response to corruption and vote-buying allegations. In his transition from vice president to president, Vizcarra disaffiliated from his party, governing as an independent with a focus on implementing anti-corruption measures and addressing the coronavirus pandemic in his short term in office.

Vizcarra’s legislative agenda, however, was short-lived, with 105 of the 130 members of Peru’s Congress voting to impeach him on November 10th after unsubstantiated claims of bribery during Vizcarra’s previous service as a regional governor in 2014. In his place emerged Manuel Merino, a little known representative of Popular Action, the party with a plurality of seats in the legislature. To become president, Merino and his group of legislators declared Vizcarra unfit to serve, removing him based on a murky constitutional provision for moral incapacity of the president. Merino also made contact with Peruvian military leaders, preparing them for what he thought might be a violent transfer of power. To members of the Peruvian electorate, Merino’s installation as president and involvement with military leaders seemed to be the foundations of an attempted coup d’etat.

In a Vanderbilt Latin American Public Opinion Project (LAPOP) study of Peru in 2019, 36.1% of Peruvians identified corruption as the most serious problem in their country. Many believed President Vizcarra would bring Peru into a new era, making his impeachment largely unpopular. After he was ousted, President Vizcarra expressed his disagreement with the Congress’ ruling but stated that he would obey the decision of the legislative body. The people, however, took to the streets en masse, with 79% expressing their desire to have Vizcarra remain president. These protests eventually turned violent, culminating in the death of two participants at the hands of the police. Facing mounting pressure from protesters, President Merino’s cabinet resigned on November 15th, forcing the President to relinquish the office.

Francisco Sagasti, a member of the newly formed Purple Party, was then appointed to the presidency by Congress. Sagasti does not lead a major faction within the legislature, but is a noncontroversial former World Bank official focused on economic development. Congressional representatives responded to protestors who demanded the new president be chosen from among the small group of 19 legislators who voted against impeachment, which included all of Sagasti’s party.

Despite the ebb in protests with Sagasti’s appointment, Vizcarra has now called for the nation’s court to rule on the constitutionality of his impeachment. While Vizcarra has no formal power, the court functions as an independent body and technically has the jurisdiction to involve themselves in determining the presidency. While most Peruvians would support Vizcarra being reappointed President, the involvement of the court may throw the country into further uncertainty, stoking distrust in all three branches of Peru’s government.

Sagasti has committed himself to moving the nation forward and resolving deficiencies in the country’s constitution before a new president and Congress are elected in 2021. With the pandemic nearing its worst stages in Peru and ongoing questions about the legitimacy of the current government, the remaining six months of the legislative term are likely to be characterized by gridlock within a heavily divided Congress. The nine parties who hold seats in Congress and the 15 other active parties will use the remaining months to better position themselves for the next election, seeking to maximize their name recognition by differentiating themselves from their competitors. The problems facing Peru’s government and the Peruvian people are immense, but the shortened legislative term and the pandemic all but ensure that major systemic change will hinge on the outcome of the 2021 elections.