Kamala Harris and the Dawn of Asian American Politics 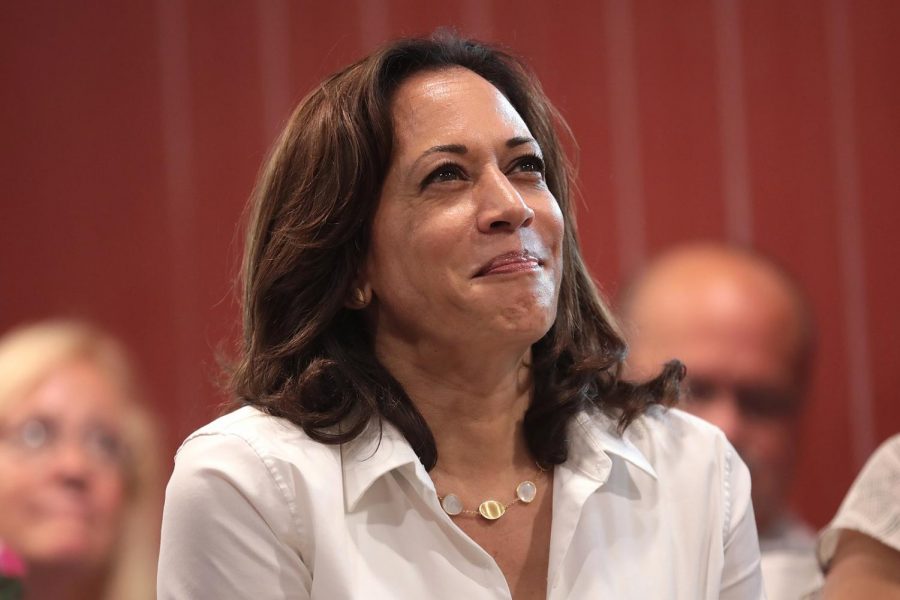 When President-elect Joe Biden first announced Kamala Harris as his running mate in August, headlines lauded her as the first Black woman on a major party’s presidential ticket. When it came time to announce her and Biden’s victory three weeks ago, those headlines changed to include her South Asian heritage.

This mixed messaging regarding Harris’ racial identity is nothing new. While on the presidential campaign trail in 2019, she more often referred to her identity and experiences as a Black woman, with notable moments like her confrontation of Biden during the Democratic debate last June over his support of busing and her personal experience with the policy. Even after her nomination as Biden’s running mate, media coverage placed her Black identity on center stage, for example, noting the challenges she faced as a Black woman during the Vice Presidential debate with Mike Pence.

The centrality of Harris’ Black identity led many to overlook her South Asian heritage. While her father, Donald Harris, emigrated from Jamaica, her mother, Shyamala Gopalan, came to the U.S. from India. Harris has consistently maintained her connection to her Indian ethnicity. Her Senate biography hails her as “the second African-American woman and the first South Asian-American senator in history.” Towards the end of her presidential campaign, she released a video of herself making masala dosa with Indian American actress and producer Mindy Kaling. During her acceptance speech for the vice-presidential nomination in August, she used the term chitthis, the Tamil word for “aunts,” on a national stage.

Harris’ Indian heritage likely proved consequential in electoral terms. A study of California State Assembly races found that the presence of an Asian American candidate on the ballot increases Asian American Pacific Islander (AAPI) turnout in districts with substantial AAPI populations. While similar analysis has yet to be conducted on the presidential election, the American Election Eve Poll suggests that nearly half of AAPI voters became at least marginally more enthusiastic about voting for Joe Biden with Harris as his running mate and that AAPI voters voted blue at a ratio of two to one. In Georgia, where AAPI voting nearly doubled, and in Arizona, the increase in AAPI voter turnout exceeded Biden’s margins of victory.

This is not to say that Harris’ candidacy singlehandedly drove up AAPI turnout this election. Organizations and campaigns began working years in advance to increase outreach and messaging to AAPI voters, oftentimes in their native languages. This election cycle also saw a number of issues like anti-Asian sentiment fueled by the coronavirus and anti-Muslim policies from the Trump administration that galvanized turnout.

A looming question coming out of this election, however, is whether AAPI turnout can be replicated in the future, with particular attention being paid to the Georgia runoff senate elections in January. The AAPI voter base may once again significantly contribute to the outcome should the trends of the presidential election continue, but the runoffs are undeniably different in nature from the November election—most notably, none of the candidates are Asian American.

Harris’ ascendency is doubly significant in that she does not fit the popular Asian American label. During the Democratic campaign, that label fell on Andrew Yang, a Taiwanese American entrepreneur who often actively played into the Asian American model minority trope. This treatment encapsulates popular attitudes regarding both what it means to be Asian American and to whom the term applies.

According to AAPI Data, an AAPI-centered data collection and policy research organization, both Asians and non-Asians are significantly less likely to view Indians and other South Asians as Asian Americans. Their 2016 National Asian American Survey found that fifteen percent of Asian Americans do not identify Indians as Asian American and 42 percent of whites, 35 percent of Latinx people, and 34 percent of Black Americans hold the same belief. These numbers confirm that the prevailing application of the term ‘Asian American’ is an exclusive one, painting over the incredible diversity of the Asian continent. Into this homogenized label steps Harris, a woman of Jamaican and Indian heritage, raised by her Indian mother, challenging the popular belief that all Asian Americans must look, think, and act a certain way.

We can gripe about Harris’ stance on policy issues and her record as San Francisco’s District Attorney and California’s Attorney General, and perhaps rightly so. But we must also recognize Harris as a symbol of the growing political power of AAPI voters and as a salient challenge to the notion of the Asian American monolith.