[Op-Ed] Trump: A Legacy of Hatred, Dishonesty, and American Conservatism 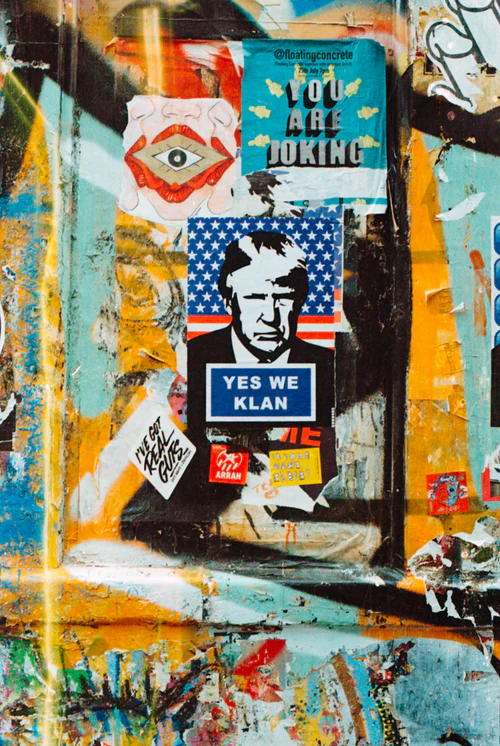 The consummation of four years of incendiary rhetoric and thinly-veiled invocations to violence arrived just after 1:00 p.m. EST on Jan. 6 as a mob of Trump supporters, white nationalists, and QAnon-steeped conspiracists stormed the Capitol building in Washington D.C., forcing a joint session of Congress to flee from the very chambers in which they sought to fulfill their constitutional duty to affirm Joe Biden’s electoral victory over Donald Trump.

Members of Congress from both parties were quickly hustled out of harm’s way, and many issued slick public condemnations of the insurrectionists’ efforts and reassurances as to their own safety over the ensuing hours. Law enforcement appeared hesitant to use force against the mob and was consequently unable to re-secure the building until well past 5:00 p.m. later that day. A woman was shot and killed, the centuries-old democratic tradition of affirming the lawful results of the presidential election was tainted, offices were ransacked, and the world watched on in apparent disbelief.

So where was our president, for whom these rioters sought to violently delegitimize tens of millions of citizens’ votes? Despite the well-documented, near-total lack of evidence of widespread voter fraud in any state, he was mostly egging them on.

Just minutes before what was allegedly intended to be a peaceful protest to “Save America” devolved into an attempted insurrection, the president stood before the angry crowd to brazenly proclaim that “our country has had enough” and that he and his supporters “will never concede” and “will not take it anymore.” At the same event, he said, “we’re going to walk down Pennsylvania Avenue… we’re going to try and give our Republicans… the kind of pride and boldness they need to take back our country.”

Even as the crowd later descended into chaos and the Capitol was overrun, Trump’s message remained clear: he baselessly tweeted that “these are the things and events that happen when a sacred landslide election victory is so unceremoniously & viciously stripped away from great patriots who have been badly & unfairly treated for so long.” He later shared a short video to the rioters in which he belatedly called for respect for law enforcement and ended off by saying, “we love you, you’re very special.” Twitter administrators scrambled to restrict his tweets, eventually going so far as to lock his account for 12 hours for violating their civic integrity and violent threat policies. Despite the president’s continuous presence online, law enforcement personnel remained overwhelmed and neither Donald nor any of his family members were to be found near ground zero of the violence itself.

To be clear, it would be shortsighted to claim that Donald Trump is the sole Republican leader culpable for inflaming the sentiments which spurred the events of the 6th; over a dozen Senators and scores of House members proliferated conspiracy theories over the course of many weeks about the supposed irregularities that they claim plagued the election, baselessly misleading their supporters. Senators Josh Hawley, R-Mo., and Ted Cruz, R-Texas, stand out from the crowd for their particularly vehement rejections of the reality that their candidate had lost his race and that each and every one of his spurious lawsuits had been rejected by a bipartisan assortment of federal and state judges. Hawley was pictured raising his fist in solidarity with the rioters mere hours before the Capitol was stormed, and Cruz initially led a group of 12 senators, including both Marsha Blackburn and Bill Hagerty of Tennessee, who planned to object to the certification of the electoral votes. Even following the crisis, Senators Roger Marshall, R-Kan., John Kennedy, R-La., Cindy Hyde-Smith, R-Miss., and Tommy Tuberville, R-Ala., joined them in objecting to Arizona’s electoral votes along with 121 House Republicans to begin the evening session. Within hours of the Capitol being cleared, one of Trump’s staunchest allies in the House of Representatives, Matt Gaetz, R-Fla., retweeted an article claiming that the protestors who stormed the Capitol were actually Antifa secret agents. These are just a handful of the many highly public nods by Republican officials to the same fringe conspiracies that drove the rioters to action.

There is an inescapable diffusion of responsibility among a variety of actors for the violence which took place on the 6th, not least among them the rioters themselves, but ultimately the protest devolved into mob rule due in no small part to the president’s incitement; he was careless at best and malicious at worst as the day unfolded and, in either case, fell far short of the responsibilities of his office. As the Anti-Defamation League warned just a day before the riot, it was already clear that “the combination of an extremist presence at the rallies and the heated nature of the rhetoric suggests that violence is a possibility.” President Trump knew that he was priming his base to lash out against the perceived, and wholly artificial, injustices facing them and did very little to stop it once the situation began to spiral out of control.

Simultaneously, high profile actors within his own party seem hasty to distance themselves from him, with many offering condemnations nearly as damning as those of their Democratic counterparts. Former President George W. Bush issued a statement rebuking “the reckless behavior of some political leaders since the election” and the “lack of respect shown today for our institutions.” Senate Majority Leader Mitch McConnell emphatically requested that his caucus refrain from objecting to the certification of the Electoral College, exclaiming that “the voters, the courts, and the states have all spoken.” Even Vice President Mike Pence rejected the president’s request that he unilaterally overturn the results of the election. It is clear that as Trump’s presidency wanes, even his longtime faithfuls are buckling under the increasingly dangerous yoke of his leadership and are hastily looking to hitch the wagons of their political fortunes elsewhere.

Members of Trump’s own administration are quietly talking about invoking the 25th Amendment at the same time that Minnesota Rep. Ilhan Omar, D-Minneapolis, has begun the process of drafting new Articles of Impeachment to be brought against the president. However, we are in the final weeks of an ailing presidency—Joe Biden will take office on Jan. 20—and it is improbable that such a short timeline will allow for either process to be fully realized, even if sufficient support can be drummed up in Congress. Most of us can vividly remember the not-so-distant specter of Trump’s first impeachment, which spanned from Dec. 18, 2019 until the Senate acquitted him on Feb. 5, 2020—a well over two-month-long spectacle. It is unlikely that even with bipartisan support the impeachment process could be condensed into two weeks.

Invoking the 25th Amendment, then, may provide another route to the same destination: President Trump’s removal from the presidency and disqualification from seeking future office. Despite the opportunity presented by this amendment, it ultimately poses the same fundamental issue as impeachment: it may just be too slow of a process to complete before Trump is out of office.

Even after the head of the National Association of Manufacturers, a group that usually finds common ground with business-minded Republicans like Trump, has released a strongly worded public call for Vice President Pence to invoke the 25th Amendment and Senator Mitt Romney, R-Utah, blasted him on the floor of the Senate as a “selfish man” who incited an “insurrection” against Congress, the simple fact remains—it may just be too little, too late to pursue the president’s removal.

That being said, now is the time to begin to lay out the historical legacy Donald Trump will leave behind once he leaves office—it is one of hate, of a presidency which once more laid bare the glaring racial and economic inequities that typify life in modern America for all to see. It is one of deceit, of lies so voluminous and so public that they do not need recounting. And it is one with glaring, inescapable roots in the politics of Nixon’s Silent Majority and Reagan’s infamous promise that he would Make America Great Again; it is the manifestation of the ugliest parts of our nation’s heritage, the natural conclusion of our country’s choice to leave the problems of tomorrow unsolved and unaddressed.

In short, he is not all that different from the prevailing conservative tide that has washed over our country for many decades. We must come to terms with the surprising normalcy of Trump’s politics if we are to grow; even if his brand of politics is louder and more noxious than most, the ideas and values he represents are about as American as apple pie. Until we start to recognize that the wrongs of our present aren’t so far from the wrongs of our past, the all too common belief that Trumpism is nothing more than a short-lived populist fad will march forward unabated and undisputed to our collective detriment.