Trump’s Final Months: A Lame-Duck Period Like No Other 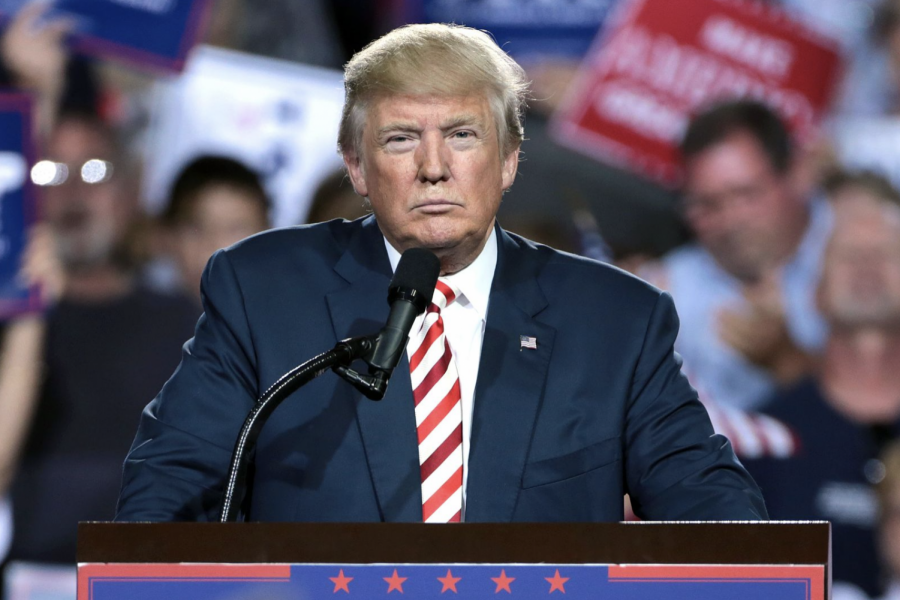 The months between Election Day and the inauguration of a new president are typically characterized by hurried, purposeful actions on the part of the outgoing president. These may include pardons, adjustments to regulations, or executive orders, and though all outgoing presidents pass through this lame-duck period, a few in particular stand out for their boldness.

In 1801, John Adams became the first aggressive lame-duck president with a series of appointments at the end of his term. Congress had just passed the Judiciary Act, an act which “created new courts and twenty-three new federal judgeships.” Adams hurriedly selected new judges for these positions, packing the already one-sided judiciary with even more Federalists. Adams’ appointments angered Republicans who felt that incoming Rebublican president, Jefferson, should be allowed to choose the new judges. Jefferson himself remarked that “The Federalists have retired into the judiciary as a stronghold and from that battery all the works of republicanism are to be beaten down and erased.” These appointees, also known as the “midnight judges,” led to the famous Marbury vs. Madison which established the principle of judicial review.

Two centuries later, the tradition of bold lame-duck presidents took a turn with regard to the presidential pardon. George H. W. Bush used his power to pardon officials implicated in the Iran-Contra affair, the scandal in which the Reagan administration secretly funneled money from an arms deal with Iran to the anti-communist insurgency in Nicaragua. Bush’s pardons angered the public because they appeared to save himself from testifying in any investigation. Bill Clinton angered many not for a singular theme with his pardons, but rather their sheer quantity: on his last day in office, Clinton issued 140 presidential pardons and 36 commutations. One pardon included Marc Rich, a fugitive billionaire who had fled to Switzerland and eventually became one of the FBI’s Most Wanted.

And yet although past presidents have provoked controversy during their lame-duck periods, few have done so as much as Donald Trump. Immediately after losing his bid for re-election, Trump launched a slew of judicial appeals in an attempt to overturn the results of the 2020 presidential election. Despite pursuing 62 different lawsuits in various states, only one meager Pennsylvania lawsuit was successful. In the wake of these legal failures, it took more than two months for him to even acknowledge that there would be a new administration.

During his lame-duck period, Trump has already pardoned more than 40 people, including Charles Kushner, Paul Manafort, and Roger J. Stone Jr. Some have accused Trump of nepotism and rewarding loyalty with these pardons–Manafort and Stone were implicated in the Mueller investigation, while Charles Kushner is the father of his son-in-law. These are particularly controversial because Trump has bypassed the traditional practice for granting pardons. Typically, Presidents have usually followed “the careful process laid out in Justice Department regulations, which require a formal petition to be sent to the pardon attorney at DOJ, who then makes recommendations to the President.” Prior to Trump, the main exceptions to this convention were Clinton’s pardon of Rich and Bush’s pardon of officials involved with the Iran-Contra affair, as previously mentioned.

Trump took his lack of restraint to new heights on January 6th, 2021. At his Save America Rally, he said,

“We’re going to walk down to the Capitol–and we’re going to cheer on our brave senators and congressmen and women and we’re probably not going to be cheering so much for some of them. Because you’ll never take back our country with weakness. You have to show strength and you have to be strong.”

Trump’s comments led to a breach of the Capitol building later that day, in which a mob overran Capitol police and stormed the building. Many have blamed Trump for the mob, including some republicans. Republican Representative Liz Cheney, for instance, said, “There’s no question the president formed the mob… The president addressed the mob. He lit the flame.” Politicians of both parties have called for Trump to resign, while Democratic leaders have called for the 25th amendment to be invoked and threatened to introduce an article of impeachment. If the article is approved, he would become the first president in the history of the United States to be impeached twice. Though there are only a few more days left in Trump’s term, impeaching the president has another motivation. Once convicted, a simple majority can disqualify the president from future office. Furthermore, impeachment proceedings do not necessarily need to terminate before Trump leaves office. According to constitutional scholars such as Michael J. Gerhardt of UNC, a second impeachment trial could conclude after Trump’s term, so long as it begins before he leaves.

In the aftermath of the Capitol siege, Trump continued his unrestrained behavior on Twitter. After a pair of tweets, in which Trump expressed support for “great American Patriots” who had stormed the capitol and announced that he would not be attending Biden’s inauguration, the platform permanently suspended Trump’s account for violating their Glorification of Violence policy. Though the ban comes in the waning days of his term, the leader of the free world has finally been deemed too dangerous to possess social media. The suspension caps off a whirlwind of a lame-duck period for Donald Trump. In barely two months, he has undermined the legitimacy of a fair election, pardoned political allies, incited an attack on the United States Capitol, and announced that he will become only the fourth president to ever skip his successor’s inauguration. Thus, while Trump’s future is unclear, he has certainly been one the most erratic, controversial, and defiant lame-ducks of any president.