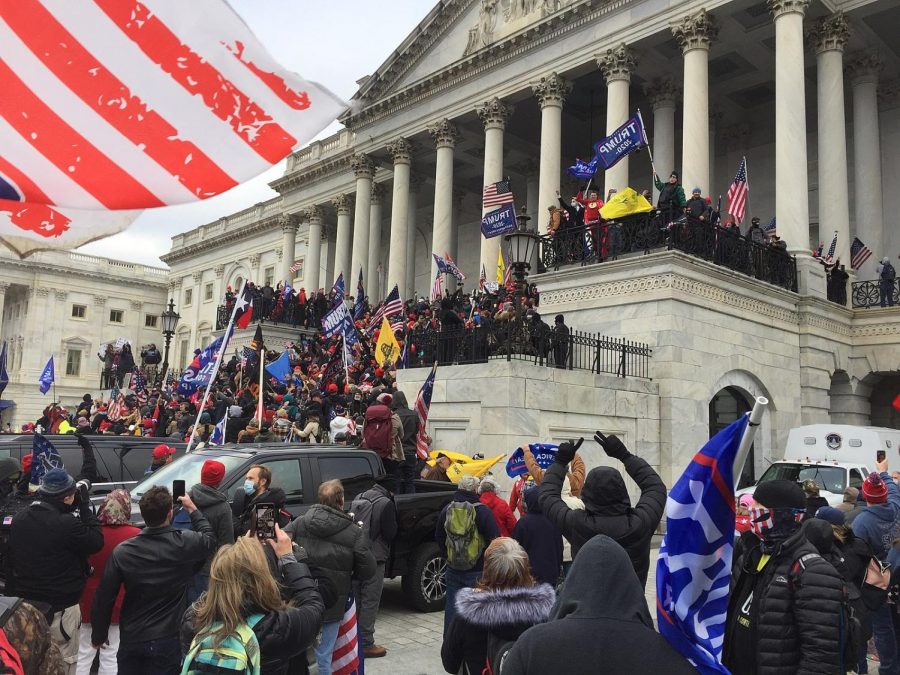 Professor Rubin began with a survey of  the history and role of the Electoral College in the events of January 6th, as well as  anti-democratic trends throughout the history of the United States. Rubin noted that the Electoral College was founded in opposition to direct democracy and as a means of  protecting small states from the larger states in the early days of the Republic. However, Rubin argues that this threat subsided long ago and that the US failed to alter the process. Additionally, Professor Rubin identified historical complexity in responding to the anti-democratic insurrectionists, asserting that , “the United States has failed to live up to its principles.” He argued that though the January Sixth insurrectionists tried to dismantle a democratic election, we don’t have a truly democratic system of elections. He concludes that though the Electoral College was meant to prevent a tyranny of majority, it has instead led to a “tyranny of the minority.”

Professor Kam identified how evolutionary and social psychology influences polarization and attitudes towards the political process, observing that evolutionary psychology has caused us to embrace primalism. Additionally, the perception of cheating triggers an emotional reaction, adding that anger is the most common response. Kam argued that mobilized groups can bring out the best, but also the worst in people.

Professor Zechmeister situated the events of January 6th within global trends of democratic institutions. Zechmeister noted that democracy is in decline globally due to limitations on freedom of speech, freedom of assembly, and the reduction of checks and balances upon executives. Moreover, this isn’t the first time democracy has declined, according to professor Zechmeister. Even strong democracies can erode and fade, but they can also emerge and grow: “Grievances are fuel of the fire, a charismatic leader is the heat that lights the flame, and polarization is the oxygen.”

Professor Bartels focused on the attitudes of the general public, extremists, and political leaders regarding democracy in the United States. Bartels focused on responses to a survey he did of Republican voters in 2020. Bartels’ survey found that  those in the Republican Party who held antidemocratic views were “suburbanites with some college education and a healthy (or unhealthy) interest in politics.” 41.3% of respondents agreed or strongly agreed that “A time will come when patriotic Americans have to take the law into their own hands.” The survey also found that 40.7% of Republican respondents agreed or agreed strongly that the use of force may be necessary to restore their way of life, while only 21.7% of respondents disagreed or disagreed strongly. Bartels identified “ethnic antagonism” as a major source of agitation amongst Republican respondents, and he feels that leaders in the Party have taken advantage of that antagonism.

This event was the most recent installation of the Vanderbilt Project on Unity and and American Democracy. This event emphasized two of the main themes of the project: “Polarization: Its Past, Present and Future” and “To Keep the Republic: Strengthening Democratic Principles at Home and Abroad.” Rubin, Bartels, and Kam provided insight into the role of history, psychology, and public opinion in political polarization. Zechmeister contextualized American democracy in the global sphere by identifying key similarities between the breakdown of democracy in other countries. Ultimately, all of the scholars engaged with the fragility of democratic institutions in the United States, and identified the responsibility individuals have to protect and strengthen these institutions over time.