SATIRE: “First-Years Explain Why Vandy Students are the Happiest” 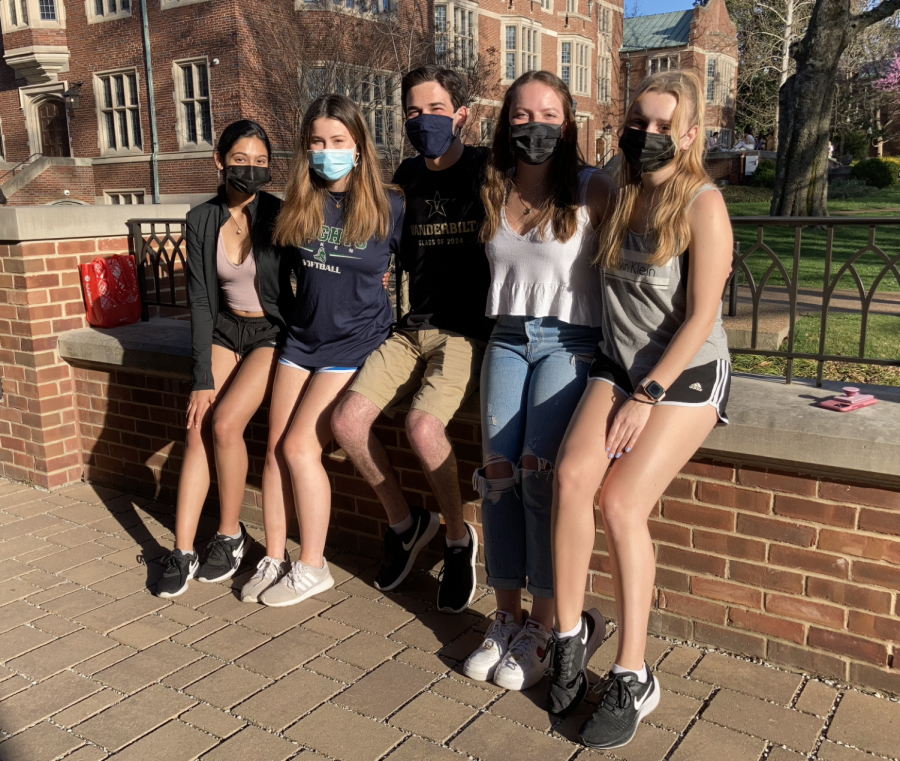 For years, Vanderbilt has ranked highly on the Princeton Review’s list of Colleges with the Happiest Students. Since 2015, the university has placed first three times and has yet to drop out of the top three. To he

lp the Princeton Review prepare for their 2022 Edition rankings, a few Vanderbilt first-year answered the question, “Are you happy at Vanderbilt?”

For many, dining was a hot topic. Riya Chinni, prospective Medicine, Health and Society major, responded, “One hundred percent. I’ve really liked how they expanded food options this semester– now I only have to wait one week before getting a Randwich.” She also mentioned how students have loved Vanderbilt’s response to the Swipes for a Cause initiative. “We always have a lot of unused meal swipes at the end of each week, so we wanted to donate them to food banks. The administration was a big fan and wanted to help SFC grow, so they shut the program down!”

Vanderbilt has also made sure that students are well-fed this semester. Chase Mandell, intended Political Science major and aspiring food critic, stated, “I’ve loved my dining experience in college so far. Whenever I go to Rand, I only have to wait 30 minutes before getting my food. Last night, it was one chicken tender on a slice of white bread. It looked so yummy I bought another meal just so I could have a second chicken tender! I love how generous they are with serving sizes.” Other students noted that they like the required meal plan. “I really enjoy being forced to buy 21 meals a week. The food is so good, I barely have enough meals! The most I’ve ever used in one week is 7 swipes,” said Rachael Garcia.

The administration was consistently named as the biggest cause of student happiness. “Vanderbilt’s administration has responded to our concerns and requests all year long. When we asked for pass/fail, I really appreciated the depth of their response– that they  ‘know many other schools are doing it, but would rather not,’” Rachael Garcia added. “We also asked for some sort of break from 15 straight weeks of class. They were nice enough to give us four days off, except that each day still has class and homework! I even have a General Chemistry midterm right after one of these days–how kind!”

One other reason for student happiness? Vanderbilt’s ability to provide resources that students didn’t even know they needed. Sophie Peterson, studying Elementary Education, shared, “All year, we’ve been asking for the school to expand library hours, make it easier to schedule UCC appointments, or to stop investing in fossil fuels. Instead, they gave us more dining tents. Now all my problems are solved!”

Students were also appreciative of how the school handled the recent snowstorm. “I don’t think Vanderbilt could’ve handled this any better,” Mandell added. “They barely shoveled at all, canceled COVID testing, and held in-person classes. To top it off, they gave us $20 each day to spend at Taste of Nashville restaurants. Nearly every restaurant was closed, though, and since the money expired at the end of each day, I never spent any of it. At least I got to stand in the cold for 40 minutes waiting for a GrubHub order I didn’t know wasn’t coming!”

This semester is only halfway done, but Vanderbilt has already given students plenty of reasons to be glad they’re back. From these students’ reactions, it seems like we’re headed to the top of the Happiest Students rankings once again. Keep it up, Vanderbilt.