On Biden’s Criminal Justice Reform: Campaign Promises and Where We Are Now 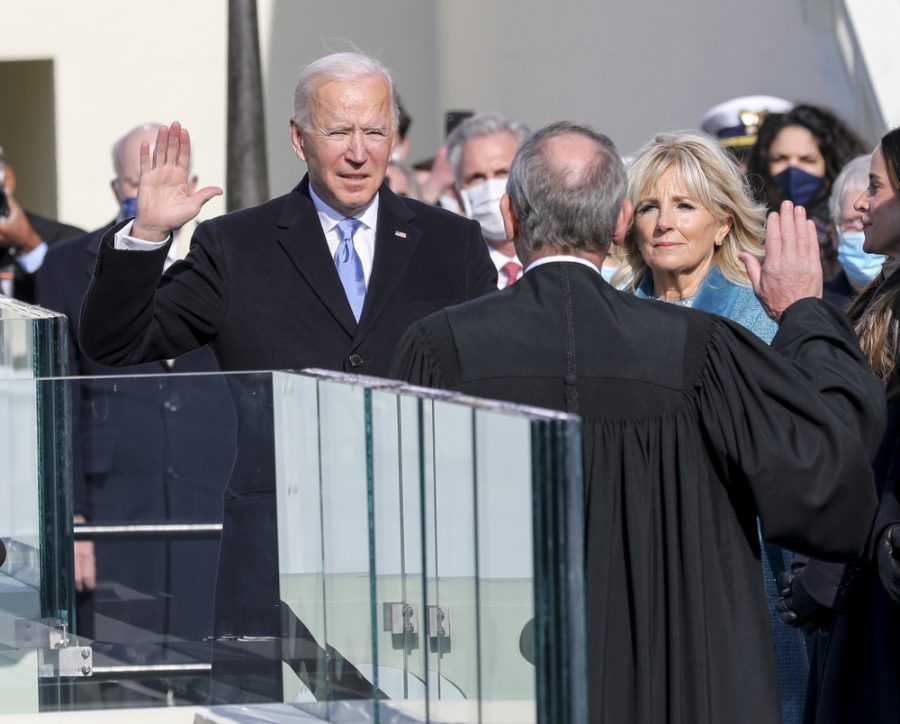 On April 25th of 2019, Joe Biden announced his candidacy for the presidency. Over a year later, after having received the Democratic nomination, Biden joined Vermont senator and two-time presidential candidate Bernie Sanders in releasing a 110-page document outlining a progressive policy platform for the Biden campaign. Back in May 2020, the team orchestrating the Biden-Sanders collaboration appointed six task forces to focus on six major issues detailed in the document: economy, health care, criminal justice, immigration, and climate.

The criminal justice reform task force put forth a comprehensive strategy to address the “failing” of the criminal justice system in keeping communities safe and delivering justice. The plan focused on rebuilding the system from the ground up by shifting away from an emphasis on mass incarceration and investing in systems as education and healthcare–particularly mental health services–in order to reduce crime.

They also called attention to the inequality of our criminal justice system, a system that is disproportionately harsh of people of color. The task force asserted that addressing this problem would require breaking the school-to-prison pipeline, ending the discriminatory “War on Drugs” once and for all, and the decriminalization of the possession and use of marijuana.

On the issue of police brutality, the Biden task force planned to institute de-escalation tactics across all police departments nationwide and enforce an “evidence-based” approach to policing. They also laid out a plan to increase police accountability at the federal level, notably by lowering the intent standard for prosecuting law enforcement officials suspected of having violated civil rights While concentrating efforts on addressing the law enforcement system itself, the task force further acknowledged the need to forge cooperative relationships between police departments and outside groups such as social workers and mental health experts.

Additionally, the document contained a section on the functions of prisons themselves, outlining the steps that would be taken to make prisons more humane and abolish private, for-profit prisons. Biden also pledged to expand rehabilitation and educational opportunities within the prison system and ensure reliable access to healthcare for currently incarcerated individuals, especially in light of the COVID-19 pandemic.

Soon after Biden took office in January of 2021, he signed numerous executive orders into effect. Of these orders, only one actually targeted major criminal justice reform, preventing the Department of Justice from entering into new contracts with private prison operators. Since then, the administration has made no further major pushes for criminal justice reform. Advocates are demanding the administration take more action to fulfill the campaign promises made. We reached out to Jordyn Perry, a representative from the Vanderbilt Prison Project, for a statement and any thoughts on the progress of the Biden administration thus far.

Perry acknowledged some of the actions taken to reform our criminal justice system have been a step in the right direction, such as Biden’s order to end the federal government’s use of private prisons and his reinstatement of the Department of Justice’s policy of making individualized assessments in sentences, as opposed to processing cases to their fullest extent without regard to the circumstances.

Overall, Perry remains “dissatisfied” with the administration’s progress and is critical of Biden’s record as a senator, in part due to his major involvement in drafting the 1994 Clinton Crime Bill. Perry explains that the  bill in question is largely “credited with the boom in the Black prison population” and instituted many “other egregious policies that have been used to disproportionately target Black Americans.”

For Perry, the only way for the administration to achieve satisfaction in the eyes of criminal justice reform advocates is for Biden to “[undo] all [of] the issues in the criminal justice system that he created, and continued to perpetuate, with that bill.”