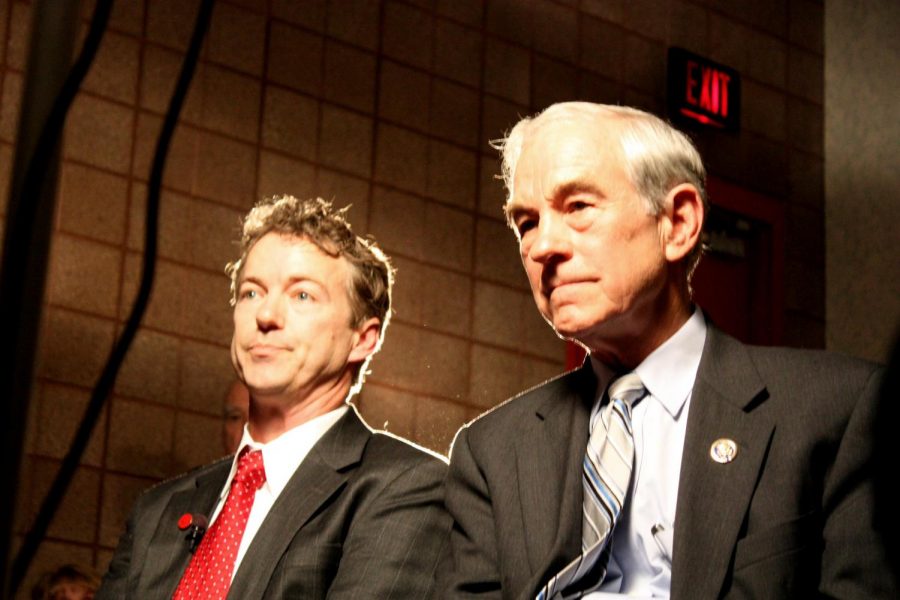 It has been almost a decade since former Representative Ron Paul (R-Texas), perhaps the most prominent figure in American libertarianism during the 21st century, announced his second run for the Republican Party’s nomination for president. Once dubbed “Dr. No” due to his penchant for voting against legislation, Paul’s campaigns in 2008 and 2012 seemed to indicate a high-water mark for libertarianism’s mainstream potential. Notably, Paul claimed decisive victories in four of the five annual Conservative Political Action Conference (CPAC) Straw Polls conducted between 2010 and 2014, indicating the influence he held over younger Republicans and the strong future potential of his message. In an era defined by the aggressive interventionism and high-spending of the Bush administration, Paul differentiated himself from much of the party by opposing Bush’s wars, the PATRIOT Act, and many of the other sweeping security measures passed with bipartisan support in the aftermath of 9/11. Paul’s platform of fiscal responsibility, non-interventionism, and individual liberty drew support from younger, more socially liberal Republicans as well as some moderate Democrats. Years before Donald Trump took advantage of rising populist sentiment to become President, Paul tapped into the same anti-establishment fervor.

Paul retired from the House shortly after his unsuccessful 2012 run, and it seems that much of the libertarian movement’s momentum went with him. The two most prominent active politicians whose beliefs could be described as “libertarian” are Representative Thomas Massie (R-KY) and Ron Paul’s son, Senator Rand Paul (R-Ky.), of whom libertarian voters have mixed opinions. Their tendency to fall in line with the rest of the Republican Party has at times caused disappointment within libertarian circles, especially their decisions to vote for acquittal in both impeachment hearings against former President Donald Trump. Paul, specifically, has been one of Trump’s most vocal defenders during his presidency, despite his harsh criticism of Trump’s views and temperament in the past. Massie has also been criticized for his occasionally spotty record on civil rights. While it is important to remember that both are officially Republicans, and thus their stances aren’t necessarily surprising, some libertarians who spoke to VPR have pointed to the hypocrisy in claiming to be libertarian while refusing to condemn actions that were widely seen as undemocratic and authoritarian.

Despite their perceived shortcomings, Massie and Paul have also received praise from some grassroots libertarians. In comments to VPR, members of Vanderbilt College Libertarians expressed support for measures such as Rand Paul’s proposed police reform bill, which would prohibit “no-knock” warrants, and his opposition to the PATRIOT Act, and Massie’s efforts to protect gun rights. The legislators were also praised for their consistent criticism of military intervention from both the Trump and Biden administrations, as well as their efforts to draw attention to excessive government spending. The general sentiment seemed to be that even though Paul and Massie are far from perfect, libertarians prefer their presence in Congress to no representation at all. When Paul or Massie diverged from the party line during the previous administration, however, they have faced criticism and derision from Trump. Many libertarians also expressed admiration for former Representative Justin Amash (L-Mich.), who received national attention as the first Republican to support impeachment in 2019 and subsequently left the Republican Party over opposition to the increasing influence Trump has over the party. Both of these factors again highlight the challenges of maintaining ideological consistency while also trying to gain influence within the Republican Party.

Overall, libertarianism within the Republican Party seems to be at something of a crossroads. For libertarians, achieving electoral success through the Republican Party, similar to democratic socialists’ efforts in the Democratic Party, has always been a more viable avenue than efforts to build the Libertarian Party into a viable third option. However, Amash’s acrimonious exit from the Republican Party and the events following Trump’s loss in November highlight the main dilemma facing libertarian Republicans: Donald Trump has so thoroughly shaped the party in his own image that the only options seem to be to fall in line and sacrifice some ideological consistency, as Massie and Paul have done, or cut ties entirely.