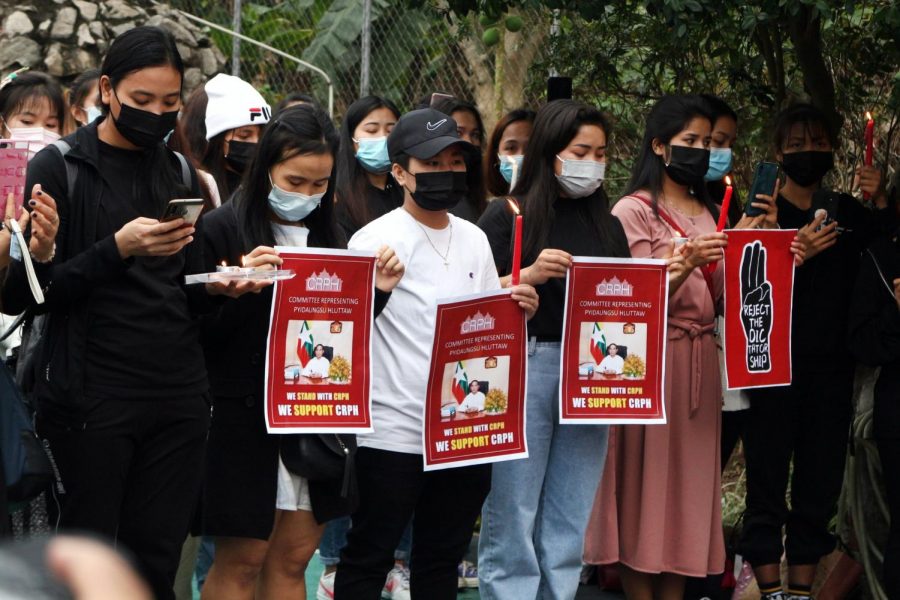 Following the election of Aung San Suu Kyi to President during the 2020 Myanmar general election, the country saw a dramatic shift in its political environment: a prosperous democratic government turned stratocratic when a military coup inflicted terror on the country.

The commander in chief of Myanmar’s military, Min Aung Hlaing, spearheaded the coup on the basis of election fraud. The election commission’s investigation found no evidence to support these allegations. Yet, Aung San Suu Kyi and other leaders of the National League for Democracy remained detained and are set to face a number of criminal charges.

Needless to say, the majority of Myanmar citizens are furious about the undermining of their democratically-elected government. In order to ensure their complaints were heard, normal life came to a halt. Workers went on strike and owners closed their shops as hundreds of thousands took to the streets to protest the coup.

Unfortunately, these protests have met fierce opposition from the Tatmadaw (Myanmar’s military force). To deal with protestors, security forces have used water cannons, rubber bullets, and live ammunition. As a result, the Assistance Association for Political Prisoners estimates that 261 people have lost their lives during these protests.

No matter how deplorable the situation in Myanmar gets, foreign countries decline to intervene. The only slight attempt at reinstating the democratic government occurred when the United Nations signed an agreement arguing for a return to normalcy. This agreement has not produced any substantial change in Myanmar’s situation.

The troubling circumstances in Myanmar are coupled with a relative lack of attention in the international media. The media’s refusal to cover this crisis appropriately is unsurprising, as Venezuela’s recent leadership dilemma received a similarly low amount of coverage. Unless international reporters demonstrate a commitment to covering threats to democracy abroad, many viewers will remain in the dark.