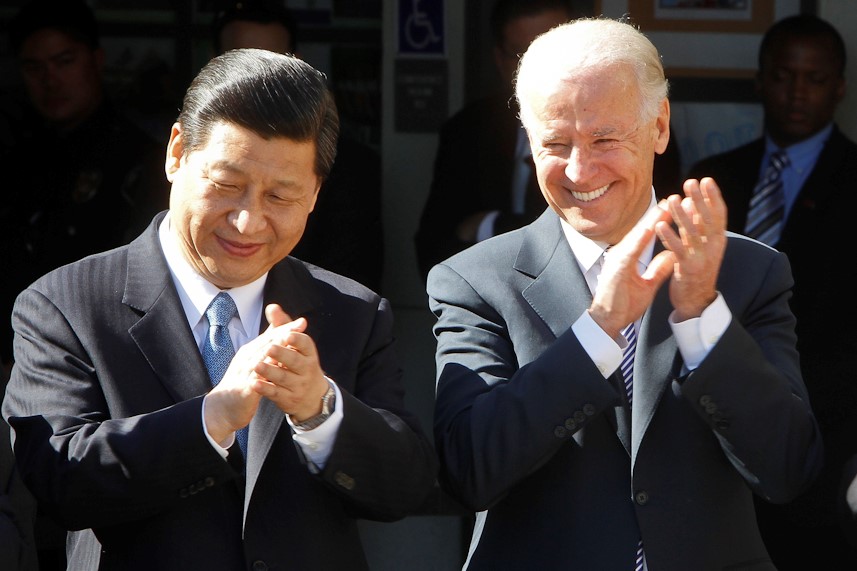 Last month, Secretary of State Antony Blinken characterized the U.S-China relationship as the “biggest geopolitical test of the 21st century” in his first major foreign policy speech. It contended that “China is the only country with the economic, diplomatic, military, and technological power to seriously challenge the stable and open international system – all the values and relationships that make the world work the way we want it to.”

To compete against China, Blinken claims that the United States should invest more in “American workers, companies, and technologies” and argues that in the previous decades, the U.S government “didn’t do enough to understand who would be negatively affected [by free trade] and what would be needed to adequately offset their pain.” He puts forward a claim similar to Trump’s Buy American and Hire American executive order, promoting the preferences for domestic goods and labor as well as a hard line on international trade.

Similarly, in the Interim National Security Strategy Guidance published in early March, President Biden outlined that “this agenda will strengthen our enduring advantages, and allow us to prevail in strategic competition with China or any other nation,” depicting China as the most assertive competitor facing the United States. Biden also pointed out that the United States will “invest in [its] people, economy, and democracy” to compete against China, showing a similar resolve like the Trump Administration.

Nevertheless, the Biden Administration appears ready to employ a set of different strategies in its competition against China. In the Interim National Security Strategy Guidance, President Biden stresses that his office will advance U.S. interests and reflect U.S. values “by restoring U.S. credibility and reasserting forward-looking global leadership,” implying that the containment of China requires the coordination of allies. Press Secretary Psaki reinforces that the Administration wants to “approach [China] with some strategic patience,” implying that the Biden Administration will deal with this issue in a more cautious and pragmatic way.

Nevertheless, critics argue that these strategies would be undermined while China engages in “energetic economic diplomacy.” China signed the landmark investment deal The Regional Comprehensive Economic Partnership with countries including Japan, South Korea, and Australia which will increase the interdependence of U.S. allies with China. Such interdependence will likely propel U.S. allies to defect because containing China harms their commercial interests, which would thus weaken U.S. influence over them and help China dominate its competition with the United States.

In response to the Biden Administration’s proposed stance toward China, Chinese international students at Vanderbilt envision a contentious yet more predictable competition between the two superpowers. Allen Zhu, a sophomore from China, argues that the growing strength of China will propel every U.S. president to invest a significant amount of resources to contain China’s development and ensure the United States’ leading position in the world. Yet, as Biden is a more “mature” politician compared to Trump, he is unlikely to arbitrarily close Chinese consulates, peg crises on China through actions like labeling COVID-19 as the “Chinese Virus,” or leave Asian American communities vulnerable to arbitrary attacks. However, Zhu also thinks that the Biden Administration has not demonstrated concrete actions towards China yet: “we are not really sure about what exactly will happen in the future at this point.”

When asked to predict the development of the U.S.-China relationship during the Biden era, Professor Brenton Kenkel and Professor Emily Ritter decided not to comment, as both of them felt that they are not experts on the topic. Yet, Yang Jiechi, a Chinese senior foreign policy official, remarked that “the two sides have major divergence on key issues,” and stressed that “the United States is not qualified to speak to China from a position of strength.” Clashes may very well dominate the relationship between the two superpowers, even if the Biden Administration adopts a different approach to China.