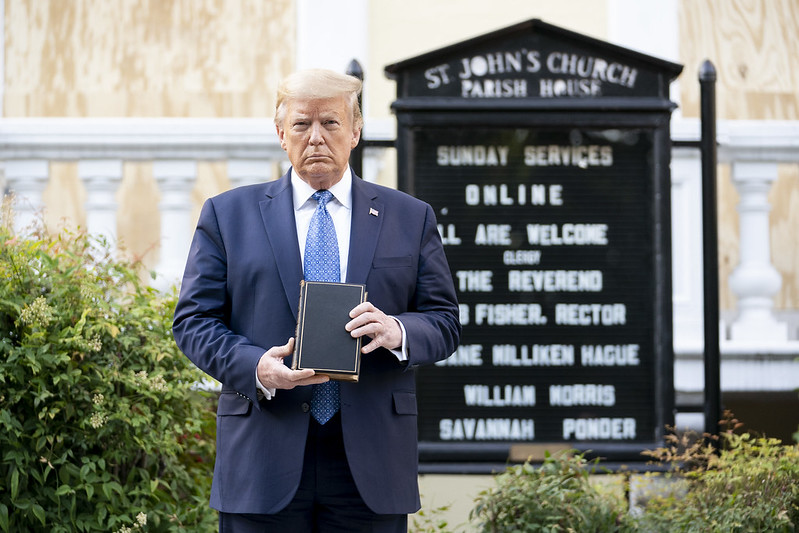 In the 2020 election, former President Donald Trump cemented a trend that his “old pal” Ronald Reagan had begun to pave following his landslide victory over Jimmy Carter in 1980:

The incumbent collected 81% of the evangelical vote, far surpassing even his Republican predecessor George W. Bush, who was outspoken about his religious rebirth through Jesus Christ. The strengthening of this relationship did not arise out of nowhere – a convenient alignment of biblical and constitutional conservatism – it is the direct result of decades of political maneuvering, tracing as far back as Paul Weyrich’s formation of the Moral Majority in the late seventies. This history is well-documented, studied, and is continuing to play out to this day.

Less popular amongst historians is the inverse: the dramatic skew of non-religious voters towards the Democratic party.  In the aforementioned election, President Biden accrued 72% of the non-religious vote, bolstering an already pivotal portion of his party’s base. Unlike the political right’s public embrace of their religious allies, it took until August, 2019 for the Democratic National Committee (DNC) to recognize their secular supporters.

In response, Dallas pastor and close confidant to the former President, Jeffree Dallas, blasted the DNC on Fox News:

“The Democrat Party is increasingly becoming a Godless party… they hold unbiblical and unethical views in the eyes of God.”

Certainly, Dallas’s views represent a sensationalized interpretation of the DNC’s comment, but the 10% of liberals that identified as non-religious in 1992 has leapt to 40% today—  the trend exists. While Dr. Jill Biden commended her husband’s faith as “unshakable” and “in the providence of God,” electoral data solidifies that such faith is the critical tenet that underscores the growing partisan divide.

This divide will unequivocally advantage Democrats in the elections to come. In the past decade, the number of American adults identifying as Christians dropped 12% as their nonreligious counterparts rose by 10%. Evidently, as evangelical outreach wanes, Democratic support will grow.

If the overall presence of Christianity is diminishing, logically, the strength of the Christian right should diminish all-the-same. However, historian Neil J. Young predicts that this shrinking demographic will actually “galvanize religious conservatives,” arguing that greater desperation will foster greater commitment to protecting what they view as their religious freedom. But in attempting to do so, the right’s focus will shift towards local and state politics because chipping away at abortion rights and altering curriculum do not require a Congressional majority. Former Christian Coalition President Ralph Reed formalized this sentiment when he explained how he would “exchange the presidency for 2000 school board seats.” The future of the Christian right is not necessarily dimmer, it is just different from what we are used to.

Vanderbilt Political Review reached out to a number of Vanderbilt professors with specialties in the area of religious politics, but received no reply.