Can Tennessee Democrats Ever Win Again? 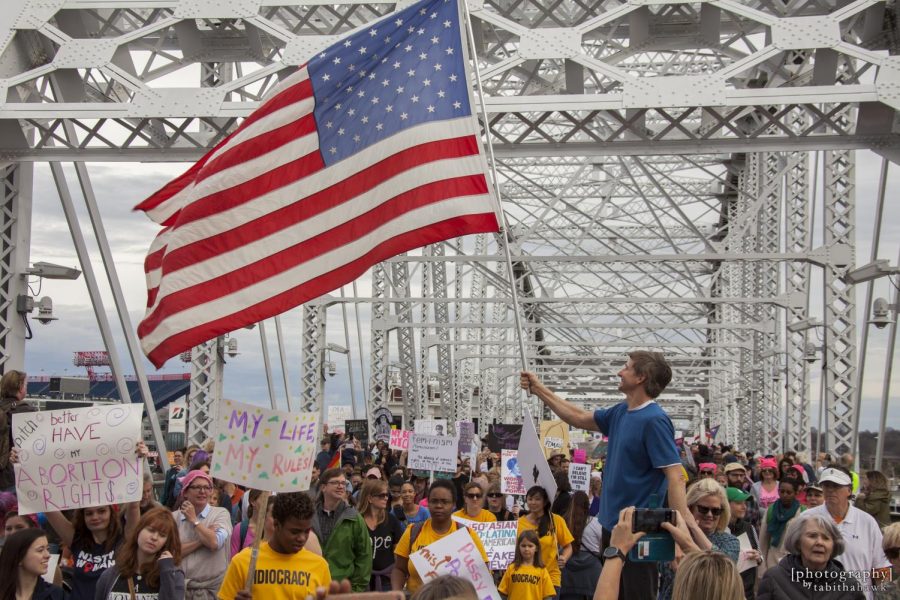 Tennessee is not merely a red state, it is bright crimson. What was once the embodiment of late 20th-century “Southern Centrism,” electing Blue Dog Democrats for the House (such as Henry Ford Jr., Bart Gordon, and John Tanner) and moderate Republicans in the Senate (such as Lamar Alexander, Fred Thompson, and Bob Corker) over the past decade, the Volunteer State has become one of the most conservative in the country. The GOP has a government trifecta at the state level, as Republicans control eighty percent of the State Senate, nearly three-quarters of the State House, and a majority of Supreme Court justices. Governor Bill Lee, a man whose primary occupation was in construction prior to his candidacy, easily steamrolled the Democratic challenger in 2018⁠— former Nashville Mayor Karl Dean⁠— by a more than comfortable twenty-point victory.

Recent federal elections have further demonstrated this rightward shift. Tennessee provided Donald Trump with his largest raw-vote victory in the 2020 election, as he acquired more votes over Joe Biden in Tennessee than in Alabama, Oklahoma, or even the much larger Texas. Former U.S. Ambassador to Japan Bill Hagerty crushed environmental activist Marquita Bradshaw by about twenty-seven-points last November. Even the popular former governor Phil Bredesen⁠— in the best midterm year for his party in over a decade⁠— could not even get within ten-points of Republican victor Marsha Blackburn. The Tennessee Democrats, due as equally to gerrymandering as the lack of willing voters, are consigned to two largely urban legislative districts in Memphis and Nashville.

Since the last redistricting, these are the only districts House Democratic candidates have won in this state. As a new round of redistricting is coming up once more, it is very possible Jim Cooper’s safe seat will be split out of existence, and the Democrats will be left with a single member in the Tennessee delegation: Steve Cohen, whose majority-minority district is under the protection of the Voting Rights Act. The past ten years have seen no serious statewide wins for state or federal positions by Democratic candidates.

A mere glance at the historic voting records of counties in Tennessee show a slow but steady erosion of Democratic support. Lake County, the most northwest in Tennessee, gave landslide victories to every Democratic candidate from Carter to Kerry. Polk County, the most southeast in Tennessee, went for Bill Clinton twice and even gave John Kerry forty percent. Immediately after 2004, however, the hemorrhaging began. President Obama only procured about thirty percent in Polk County, with recent Democratic nominees Hillary Clinton and Joe Biden not even cracking twenty percent. A similar pattern in Lake: a ten-point drop from Kerry to Obama and then a bottoming out with the Trump elections around twenty-five percent. Thus, Trump himself is not the primary reason for the massive swing away from Democrats in the presidential election over the past twenty years. The decline in Tennessee Democratic victories and votes is a pre-Trumpian phenomenon.

One cannot argue this is merely a “regional phenomenon.” The South is no longer a “one-party region” for either the Democrats or Republicans. Georgia and Virginia both have two Democratic Senators, and the party scored recent victories in Alabama and West Virginia. Kentucky, Louisiana, Virginia, and North Carolina all have Democratic governors. Democrats have even lost successfully, showing impressive results in the Senate races in South Carolina, North Carolina, Mississippi, and Texas over the past two cycles.

The lone state left out of this discussion is Tennessee. While Democratic parties across the South have adapted their message, acquired strong candidates, and revamped drying party coffers into strong fundraising machines, the Tennessee Democrats have done essentially none of the necessary tactics (except recruiting Bredesen). Unlike Arkansas (another state with a self-immolating Democratic party), whose largest city is Little Rock with about 200,000 residents, Tennessee has four urban centers (Nashville, Memphis, Knoxville, and Chattanooga) with populations over 150,000. Over the past decade, Tennessee has seen its population, economy, and cultural influence boom, yet the Democratic party is the weakest it has ever been. At a time in which Democratic power is so consolidated around suburbs and cities, one would think the party would be trending in the right direction. Sadly, the same cannot be said for Tennessee, as urban and suburban swings in 2020 were nowhere as numerically significant as seen in Georgia and Texas.

Yet, I do believe there are ways forward for the Tennessee Democrats, even if they might not gel well with the national Democratic Party writ large. In the conclusion of Stephanie Muravchik and Jon A. Shields’ fantastic study on ancestral Democratic voters (in Iowa, Kentucky, and Rhode Island) who swung for Trump, the authors conclude by listing suggestions whereby these new Republican voters⁠— who are usually white working-class⁠— might be brought back into their historic party. While the socioeconomic context of the three examples are distinct from Tennessee, the primary arguments offered by the authors can be equally helpful.

First, the party must adopt more patriot and pro-civic values. Democratic-to-Trump voters are usually taken aback by the youthful, progressive tendency to ascribe a sense of “shame” with being American. While the United States, governmentally or not, has obviously committed injustices historically and even contemporaneously, voters are much more attracted to a party that places pride in the political and historical culture of the nation⁠.

Secondly, the authors recommend the party embrace the politics of parochial localism. This is the politics of knowing one’s neighbor, engaging in social capital activities (such as churches, clubs, and associations), and protecting the interest of one’s own immediate county or town jurisdiction. Politics is down through transaction, negotiation, and compromise, rather than a forfeiture of decision-making to technocratic bodies, boards, and bureaucrats. While the Democrats have found recent success in the suburb, large swathes of this country are still made up of tiny towns which dot rural landscapes. Whether we like it or not, these towns (especially in low population states) have great importance in the election of legislators⁠— both state and federal.

Thirdly, the increasing nationalization of politics needs to be  slowed and reversed. If the Democratic party is to stop hemorrhaging ancestral members all across the nation, it needs to allow local parties to exist semi-autonomously: adopting a wide variety of ideological positions with general agreement on a few core issues, such as increased democratization in the face of ongoing Republican attempts at voting restrictions. The authors remark that, in 2015, rural Elliott County, Kentucky had more Democrats registered as a percentage to Republicans than liberal havens like San Francisco. Yet, Trump’s working-class message, and the Democrats’ personal and ideological centralization around the party as it exists in Washington D.C., upended everything. Elliott County had not voted for a Republican since its incorporation in 1864, and yet Trump won it twice by over forty points.

Once the local party could no longer disassociate from the personalities of Hillary Clinton or Chuck Schumer, it fell apart. If the Tennessee Democrats can⁠⁠ emphasize their patriotic bonafides,  garner even greater support in cities and suburbs, build up county-level parties organizationally, and then give those county parties a good deal of latitude adjust policies (on social and/or economic issues) to how they fit the general political attitude of the region, the party will be much stronger. We would be able to compete more widely in elections all across the state, providing much-needed accountability and a check on Republicans who are seemingly rubber-stamped into reelection.

If Tennessee was run by a collection of Don Sundquists (rather moderate, technocratic Republicans), I would be disgruntled at the Democrats rather than despairing. However, the opposite is the case: the Tennessee GOP espouses virulently anti-democratic and anti-science tendencies at the cost of our state’s reputation and residents’ lives. Our Attorney General supported court efforts to overturn Biden’s victory. Our Senate delegation, until flipping after a literal mob broke into the congressional chambers, were strongly supportive of decertifying a legitimate democratic election⁠. Our Republican House delegation still wished to decertify the electoral college results of several states⁠— under the unfounded conspiracy of widespread voter fraud⁠— even after people were violently killed at the storming of the Capitol. Our Republican state legislators want to prohibit student-athletes from exercising their First Amendment right to protest. Our governor has let COVID-19 run rampant in this state, time and again resisting a state-wide mask mandate while our “liberal” neighbors like Alabama issued such orders in the summer.

This (lack of) policy, in turn, led to Tennessee having the worst outbreak in the world this past winter. Our Governor has even recently remarked that taking the COVID-19 vaccine is a personal choice by people and businesses⁠— rather than framing vaccination as a public health necessity⁠—a statement that makes sense in light of our state’s utter failure on vaccine distribution (at the time writing, we are last in shots given per capita). We need a Democratic Party that is electorally robust more now than ever. We need a party that, even if a minority, is enough to hold GOP lawmakers accountable for their rogue language on governance.  I fear that this state, without a Democratic Party willing to succeed, will drift further into a disastrous neo-Trumpian political paradigm⁠ in which civil freedoms (such as speech, religion, bodily autonomy, and voting) will be seriously eroded.

I don’t know if the Tennessee Democrats can ever win again. While I would concede that the party might not need to in order to bring accountability, they nevertheless do need to act like they can fight and potentially win, instead of whatever is happening (or lack thereof) now.