OP-ED: Biden Should Make the First Move to Revive the Iran Nuclear Deal 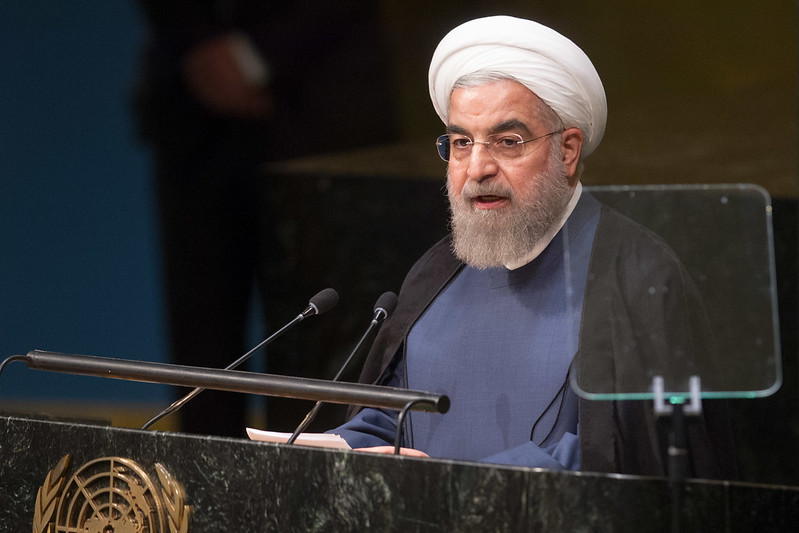 In Biden’s first speech after winning the presidential election, he identified making “America respected around the world again” among his top priorities. Part of this entails increasing the global consensus on the use and control of nuclear weapons. Yet while Biden has declared his intention to return to the Iran nuclear deal that Trump withdrew from in 2018, Biden does not seem to realize the urgency of making progress before Iran’s elections this June. Time is running out, and the United States should make the first move.

Polling analysts predict a low turnout in Iran’s upcoming presidential election and a victory for the hardliner candidate strongly opposed to the principles of the Iran deal. This expected fall in turnout– from the reported 73% in 2017 to the predicted 20-30% in 2021– in addition to the loss of support for moderate candidates allied to Iran President Rouhani is largely driven by the popular belief that Rouhani has failed to implement effective reformist policies despite winning on a reformist platform.

When asked to comment on what factors influence voter behavior, Professor Zechmeister of Vanderbilt University pointed to a framework centered around the “calculus of turnout.” One important factor in this equation is the probability that a vote at the individual level will make a difference. The probability tends to increase when citizens perceive the contest to be close. Therefore, if Rouhani can make real progress in improving the Iranian economy– which is only possible once the United States starts lifting sanctions– public opinion can shift dramatically in favor of reformist candidates, and voter turnout will increase. The outcome of Iran’s election is key in determining the future of not only the nuclear agreement but also U.S.-Iranian relations more broadly. Rouhani’s successor, if a hardliner, will have every incentive to roll back and renege on the potential commitments that Rouhani makes in his remaining months in office.

One of the most serious impediments to a return to the Iran deal is the Trump Administration’s “maximum pressure” campaign that peaked before the U.S. election. Despite successfully devastating Iran’s economy, the campaign failed to push Iran to the negotiating table. Instead, Iran responded by increasing uranium enrichment and militant proxy activity in the Middle East.

While both Biden and Rouhani have expressed the willingness and desire for a return to the deal, they have also set conditions for a return that are impossible to meet in such a  narrow timeframe. Many U.S. economic sanctions on Iran are tied to human rights violations, ballistic missile development, and support for terrorist groups and therefore cannot be removed even if Iran returned to full compliance with the terms of the deal.

Concerning Iran, President Rouhani also faces high public pressure. He would bear formidable domestic audience costs for making large concessions to his initial demand that called for the United States to remove all economic sanctions before all else. A strict focus on the conditions of the revival of a “comprehensive” agreement will effectively preclude potential negotiations and kill the initiative.

One avenue may be for the United States to lift its veto on International Monetary Fund lending to Iran in return for Iran decreasing its current nuclear buildup activity. Biden could also authorize overseas banks in countries like South Korea, Japan, and Oman to gradually release Iranian funds frozen by U.S. sanctions. Both actions are easy to implement, and neither require Congressional approval.

Hardliners in the Iranian parliament are doing their best to pass legislation that will prevent Rouhani from reaching any new agreement with the United States because they know that a boost in Iran’s economy can turn the tide of elections in favor of moderate and reformist candidates.

The Iran deal should be viewed as the beginning, not the end, to increasing security in the Middle East. An eventual arrival at a comprehensive agreement and fully restored diplomatic relations with Iran will only be possible if practical steps and credible commitments are made now.