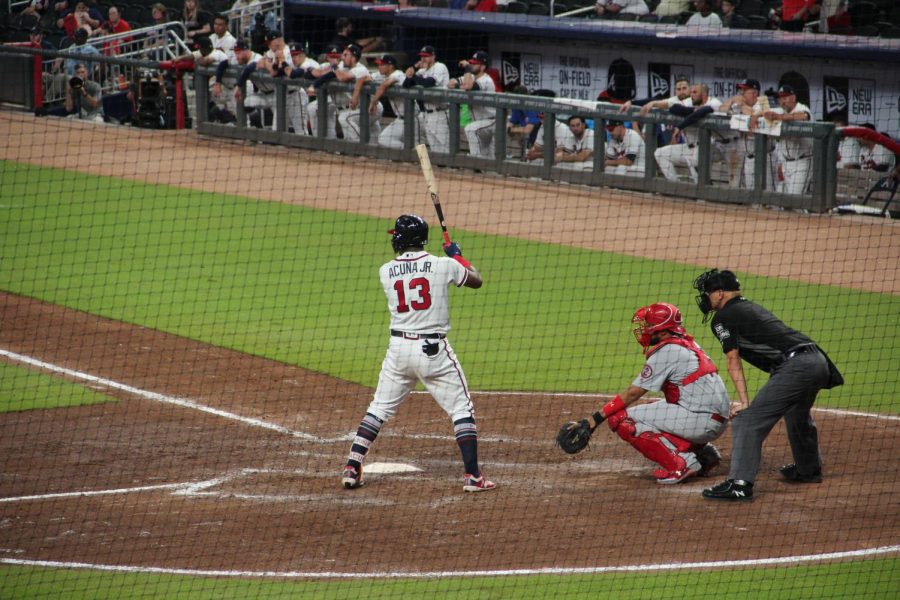 In the past year there have been protests throughout professional sports leagues.  In college sports multiple basketball stars protested the National Collegiate Athletic Association’s (NCAA) ban on student-athletes receiving financial compensation for their play. Beyond athletes protesting, the National Basketball Association (NBA) relocated its 2017 All-Star game from North Carolina in response to the state passing a bill that was considered discriminatory against LGBT+ individuals.

In another move made by a sports league itself, Major League Baseball (MLB) has decided to move its annual All-Star Game from Atlanta to Denver this year. The decision comes in response to the recent Georgia law that heavily restricts access to voting by limiting vote-by-mail options and the ability of people to distribute food and water to those waiting in line to vote. The MLB is not the only organization to criticize the decision: Coca-Cola and Delta have both made public statements in opposition to the recently passed law, and numerous other businesses have joined in in voicing their concern.

While the NCAA has not yet made a statement on this matter, the organization has not shied away from exerting its influence over political issues in the past. Last year, the NCAA banned championship events in states that contained the symbol of the Confederate battle flag on their flags, though this seemingly only applied to Mississippi despite other states’ flags containing similar imagery. Most recently, the NCAA made a statement opposing recent legislation against transgender athletes, threatening a similar ban on holding championships in states that enact discriminatory laws, which would include Tennessee.

In light of the MLB’s choice, Vanderbilt Political Review (VPR) has decided to reach out and contact Vanderbilt Baseball to see if they would like to comment on the matter. As of April 17th, Vanderbilt’s baseball team is ranked second in the country, and has produced numerous All-Stars, including David Price, Sonny Gray, and Pedro Álvarez. Additionally, Vanderbilt has multiple players projected to go top 10 in the 2021 MLB Draft. Given Vanderbilt’s ability to produce pro-level players and its unique position as one of the top collegiate baseball programs in the country, the team has a voice that would be heard by many. VPR reached out on April 11th but has not yet heard back.

It is important to note that political protests by athletes and sports organizations are not universally supported. In Tennessee, the East Tennessee State University basketball coach Jason Shay resigned, which his players believe is due to his support for their protests during the national anthem. Navigating an increasingly polarized political environment could lead to future controversies depending on the political make-up of Vanderbilt Baseball’s fanbase. Vanderbilt Baseball, and the NCAA as a whole, could potentially find themselves stuck between a rock and a hard place where either speaking out or inaction could lead to potential backlash. How sports organizations act in these moments could reveal what they believe to be the least costly move, and thus reflect greater political sentiment among the population.