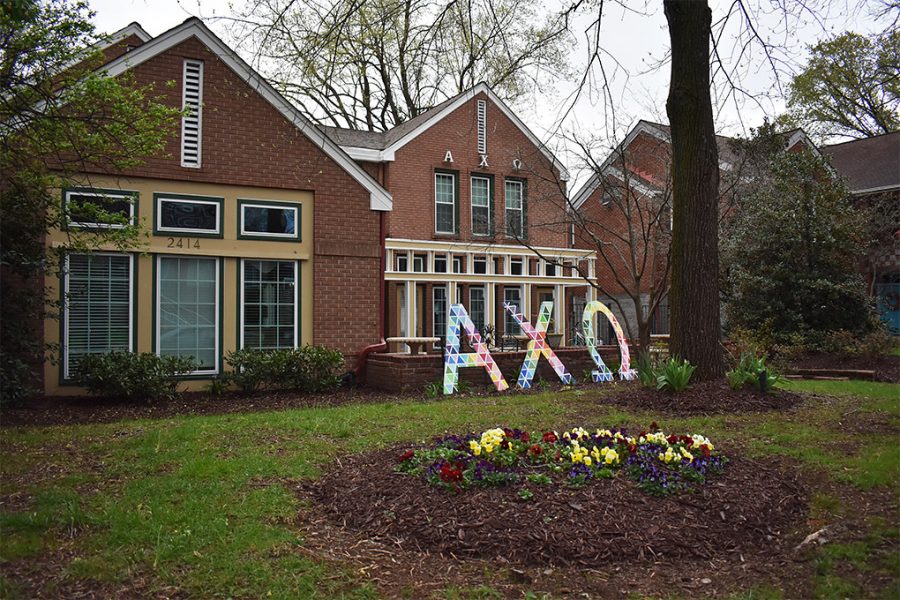 The Vanderbilt Alpha Chi Omega House, one of the houses the group selected to post their theses.

In a move reminiscent of revolutionary theologian Martin Luther, an anonymous group posted a strongly-worded “30 Theses Against Greek Life” on the door of every Interfraternity Council (IFC) and Panhellenic Conference (Panhel) Greek house in the early hours of April 23.  A copy of the theses can be found here.

In an anonymous email to the Vanderbilt Political Review, the group wrote the following:
We, anonymous members of the Student Body, wrote this list of theses against Greek Life to encourage each student on campus to engage in critical self-reflection. Members of Greek Life have ignored the harm they have caused this campus—and all students of all universities—for centuries. This lack of reflection is evident and shameful. We hope that by opening dialogue about these significant issues the Student Body will change its opinion and stance towards Greek Life. Now is the time for all students to take action against Greek Life and the harm it causes.

Originally, this group planned on nailing these theses to the doors of the Greek Houses, but considering the damnable and disgusting ways the University supports Greek Life (and thus maintains the harm Greek Life causes) we feared for our safety and livelihoods in doing so. Know that the intention behind our action is the same: we have and will continue to chip away at the insidious edifice of Greek Life.

We believe in a better Vanderbilt. Greek Life holds us back from achieving our true potential as a community—one wherein every student has equal access to resources and opportunities. By institutionalizing racist, sexist, and classist thought, Greek Life creates and reifies division in our Student Body, making such a community impossible to achieve. The University is complicit in this action: they cannot claim to believe in and create “community” while supporting Greek Life.

We call upon all student organizations to disaffiliate with and condemn Greek Life entirely. This includes VSG, the MLC, VUcept, VPAC and all organizations created for the benefit of the Student Body. A lack of words or action makes these orgs complicit in the continuing harm Greek Life inflicts. People are sexually assaulted, discriminated against, and made blind to these same harms—we must end this system of oppression and ignorance now.

We do not believe in violence: we believe in a cultural reckoning and critical self-reflection. While the academic year is coming to an end, we know that the Student Body is passionate, cognizant, and ready to rid this campus of discrimination, inequality, and ignorance in all its ugly forms. We will not rest until Greek life is gone and we can realize our true potential as a community.
It is unclear whether VUPD intervention will allow the theses to remain up into the morning.  The Vanderbilt Office for Greek Life has not immediately responded to VPR’s request for comment.

Almost a year has passed since an Instagram video revealed Vanderbilt Greek students using the “n-word” at a party in Gulf Shores, sparking the momentum of Vanderbilt “Abolish Greek Life” (AGL) movement.  The movement has largely lost steam; however, recent events surrounding the Vanderbilt Student Government (VSG) elections have brought it back to the attention of the student body.  The writers of the “30 Theses Against Greek Life” undoubtedly hope it stays that way.