OP-ED: A Return to Direct Democracy 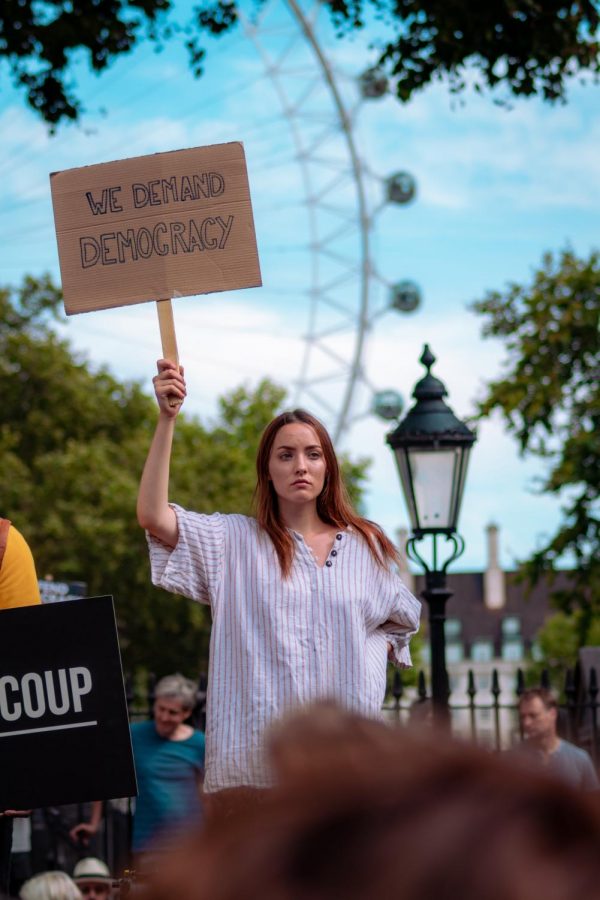 Since the start of this year, at least 17 marijuana related bills have been introduced in the Tennessee state legislature hoping to legalize the drug in some form. This is nothing new; bills of this nature find their way onto Tennessee’s docket every year, and every year, they bear little fruit. This time around seems no different. Both Lt. Governor Randy McNally and House Speaker Cameron Sexton have already voiced strong opposition to the measures.

Here’s the problem with that: upwards of 75% of Tennesseans have supported legalizing marijuana in some form since 2018, and even a majority of Republican voters are in favor of the measures.

The underlying issue here isn’t really about marijuana, nor is it even really about Tennessee specifically. The discontinuity between what the people want and what they get is baked into the very makeup of our institutions. Time and time again, our representative system is failing to live up to its name. The people are not being represented. We need a way to allow the average American to have a say in the policies that govern them. We need a return to direct democracy.

Despite the partisan divide that’s consumed the political ecosystem over recent years, when looking solely at issues facing the country, Americans are surprisingly unified. Three quarters of Americans support withdrawing all troops from Iraq. Nearly 90% support having data privacy regulations online. Upwards of 80% want paid leave for mothers and those dealing with health conditions. But these opinions, regardless of how consistently they are held by the average American, never seem to manifest into actual policy outcomes. Why?

The US is a representative democracy. We elect the representatives, and they, in turn, enact the policies of their constituents. If they don’t do a good job, they get voted out, and our voices continue to be heard. At least, that’s the theory. But the truth of the matter is far less optimistic. Over 90% of the time, candidates with more money win their elections. Incumbents consistently win upwards of 90% of their reelection bids as well. Listening to your constituents isn’t what keeps officials in office, money and recognition do. When it comes to the reality of voting, it’s hardly a surprise that the US functions effectively as an oligarchy, not a democracy.

Beyond that, there’s also the issue of gridlock. Congress has been at its least productive in decades, and American political values have grown increasingly divergent across party lines. Hyperpartisanship in the age of social media has been well-documented, and as representatives focus more on party, they become less responsive to the people. As a result, the policy preferences of the average citizen are in danger of being drowned out completely.

But there is another way for average citizens to get their voices heard: direct ballot initiatives.

Currently, about half of the states have instituted some form of direct ballot initiative or referendum (Tennessee has not). Providing this extra avenue of representation typically makes Americans happier and feel more represented by their governments. They also typically better reflect what the polls show Americans feel. Marijuana legalization, for example, which nearly 70% of the country is in favor of, passed in every state which had a ballot measure regarding it during the 2020 elections, including reliably Republican states such as South Dakota, Mississippi, and Montana. Some concerns do exist about the efficacy and clarity of these measures, but overall, the promises delivered by ballot initiatives across the states have been as yet undeniable.

At the federal level, though, the channels of direct democracy run dry. There is no constitutional clause that allows ballot initiatives at the national level. We entrust our voices in full to Congress, a body whose approval rating consistently hovers between 20 and 35%. When Biden backs off of his campaign promise of a $15 minimum wage, which over two thirds of Americans are in favor of, the citizenry has to wait another 4 years before reprimanding him with their vote.

It is increasingly clear that we cannot wait that long. We cannot leave policies of such critical importance to disappear within the cogs of bureaucracy, or to be eschewed completely in favor of moneyed interests or partisan bitterness. We need a mechanism to allow federal direct ballot initiatives to take place.

Despite these proposals, however, the movement has more or less failed to gain the large-scale traction it undoubtedly would need in order to have a chance of actually becoming law. That’s not a huge surprise; any such law would require nothing short of a constitutional amendment. In addition, it would require lawmakers cede some of their own power back over to their own constituents and get nothing in return. It may be sensible policy, but what politician would agree to that? The last time anything similar happened was with the 27th amendment nearly 30 years ago — not exactly an encouraging sign. And despite the wave of electoral changes that have been proposed in the wake of the COVID-19 pandemic, few are expected to pass, and the ones that do may be actively limiting the ability of citizens to vote on ballot measures.

Moreover, electoral reform laws in general — whether it be the electoral college or redistricting laws — never quite drum up the support that they need to be part of the national conversation or the governmental agenda. Electoral reform doesn’t evoke the moral urgency of debates like climate change or healthcare, nor does it contain the intensity of hot-button issues like gun control or cancel culture. There’s nothing sexy about the minutiae of governmental processes.

I argue, however, that these are the most important kinds of policies, and creating ballot initiatives at a national level should be a top issue for every citizen in future elections. America is fundamentally built on the power of the people. Until we’re willing to put in the work and reform our institutions to listen to us, the rest of the policies we care about seem doomed to remain tantalizingly out of reach.