OP-ED: Why You Should Stop Using “Orwellian” 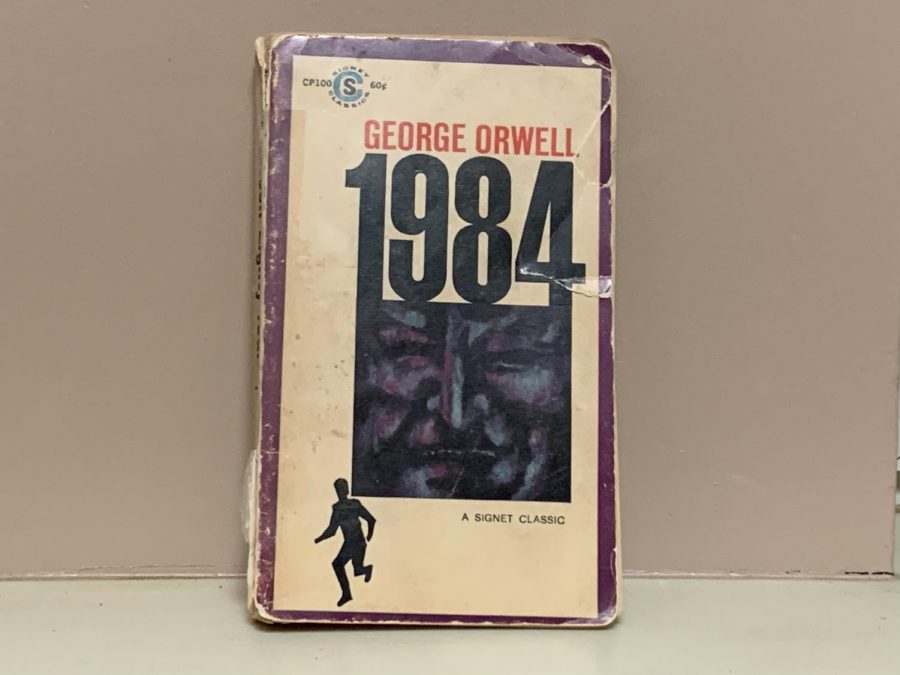 What does it mean to say something is Orwellian? Every other week, someone gestures at our political situation and cries “Orwellian” but never seems to explain how exactly it is Orwellian. In fact, if one were to examine every instance of a political situation described as “Orwellian,” one would get a very odd list. Book deal cut? Orwellian. Gender neutral language? Orwellian. Curbing the spread of conspiracy theories through policing of content? Orwellian. If one decried the word as meaningless babble, I would not blame them. But in fact, this is precisely what Orwellian means. We are seeing the use of “Orwellian” in a meaningless sense, which signifies a larger decay of our common language of the kind predicted by Orwell.

In his essay Politics and the English Language, Orwell talks about this decay. “Vagueness and sheer incompetence” give rise to language that resembles stagnant puddle-water– a closed system of pretentious all-purpose phrases evaporating over time. Poor writers, who have either not thought out the meaning they wish to convey or have not thought about what phraseology best conveys their message do one of two things. First, they may reach for stock words and phrases like “achilles heel,” “fake news,” “cancel culture,” “the left,” “divisive,” “partisan,” or “bipartisan.” Each of these words means something different to each person’s ear, and thus the words cannot effectively convey meaning. When the writer’s clichés fail, the writer attaches prefixes and suffixes to words to attempt to invent a meaning instead of simply finding a word to convey their thoughts. For example, saying “unwise” instead of “foolish” only confuses the meaning of the original word (the sharpness of “foolish” is preferable to the meandering quality of “unwise”).

What Orwell describes in Politics and the English Language as laziness of the writer becomes the central mode of thought control in 1984. Ingsoc (the totalitarian government of 1984) creates and maintains Newspeak, the garbled language of vague and cliché phrases Orwell feared English was becoming. In 1984, the vagueness that Orwell thinks is plaguing English phraseology in Politics and the English Language steps aside to show the glossing-over quality of decaying language and how the Newspeak words’ calmness hides the calamity befalling the world. Phrases like “double-plus ungood” (a Newspeak “word” created out of modifiers and a prefix) and “Minipax” (Ingsoc’s war department) are emblematic of the decay of language. The monotonous cadence of “double-plus ungood” evaporates the meaning of words like “calamitous,” “devastating,” and “vicious.” The phrase lacks the necessary strength to convey its own meaning. Similarly, “MiniPax” first evaporates the distinction between offensive attacks by a military force and defensive precautions, then the distinction between war and peace, and finally rolls it all up into a quick, little phrase that can refer to so many subjects that any particular one evades the grasp of our minds. The short meaning is elongated and the complex meaning is rushed. Orwell practically spells the meaning out for us at the very end of the Appendix, The Principles of Newspeak. Here, he attempts to translate the first three sentences of the second paragraph of The Declaration of Independence into Newspeak. Jefferson’s rich prose conveying the goals and purpose of government are reduced into a single word, “crimethink,” a category so vast for the citizens living under Ingsoc that the whole point of the exercise is rendered meaningless.

How then is “Orwellian” actually used? Meaninglessly. It has become too vague, too cliché, and too pretentious to be of use anymore. It is invoked, correctly or incorrectly, to describe any number of events that the writer finds distasteful. The issue is not that “Orwellian” is an ill-conceived word, but that it is a word whose meaning has frayed. When a writer tries to use “Orwellian,” we are denied concrete, original, easy-to-understand messages like those advocated for in Politics and the English Language. Instead, we are given the evaporating word “Orwellian,” a word that like “crimethink” and “minipax” glosses over the meaning it aims to refer to. Because of the constant irresponsible use of “Orwellian” by poor writers, no piece that uses it correctly can ever convey the urgency it implies. “Orwellian” becomes a word whose use conveys to the reader only the futility of understanding its own use. It tells the reader “never mind what is precisely occurring, simply think that what is occurring is double plus ungood.” “Orwellian” lets the reader’s mind attach whatever meaning the reader prescribes to it, barrelling over any possible idea the word could elucidate, and the writer’s meaning is evaporated. The only reason left to discuss the word “Orwellian” is to, in Orwell’s words, consign it to the “huge dump of worn-out metaphors which have lost all evocative power and are merely used because they save people the trouble of inventing phrases for themselves.”

The ironic meaninglessness of “Orwellian” is an indicator that we are swiftly sliding down the exact path Orwell’s works warned us about. When we get into the habit of writing in decayed English, the meaning conveyed is determined by the language we use instead of the language used being determined by the meaning we wish to convey. Precise control of what we mean is relinquished, and what results is a whole lot of words that say nothing at all.

Every time a politically dense piece of language (like “Orwellian”) has the meaning boiled out of it, lost is the thought behind it. The listener is given no useful information, prompting the illusion of clarity on an issue and repetition instead of understanding. The modern forms of media where the need for ultra-brevity beats down upon complexity makes these bad habits worse. The only way to reverse some of the damage is a dedication to the craft of writing. As Orwell argued, each word and metaphor must be chosen only after the utmost thought has been put into it.  If we are thoughtful about our language, perhaps our language can encourage us to be thoughtful.