OP-ED: Vanderbilt has Failed to be an Ally to the #MeToo Movement 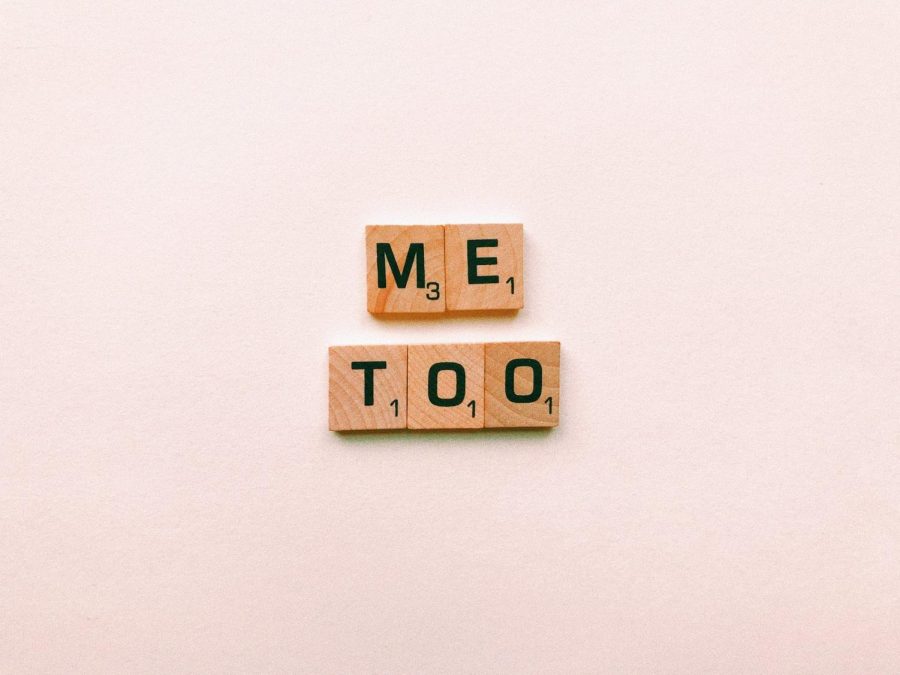 In 2006, activist Tarana Burke coined #MeToo in order to support women and girls, especially those of color, who have tragically been victims of sexual violence. Burke, also a survivior of sexual violence, writes that her main goal is “empowerment through empathy to not only show the world how widespread and pervasive sexual violence is, but also to let other survivors know they are not alone.”

#MeToo became a full-blown movement in 2017 when high profile women came forward to shed a light on their personal experiences with sexual misconduct, often at the hands of men in power. In the summer of 2020, Vanderbilt women bravely took to social platforms to share sexual misconduct allegations against Vanderbilt football team members. This included the revelation that a Vanderbilt football player who had been expelled in 2018 following a Title IX investigation was granted permission to use Vanderbilt facilities months following his expulsion. For many, Vanderbilt choosing to sacrifice the safety of every woman on campus in order to bolster its athletic reputation filled us with overwhelming feelings of anger, fear, and sadness.

This misaligned prioritization of campus safety continued when Vanderbilt hired Michael Eric Dyson, a former Georgetown professor who is facing multiple sexual misconduct allegations by the Black Survivors Coalition at Georgetown. After undergoing a Title IX investigation and abruptly departing from Georgetown for unknown reasons, he settled into our Vanderbilt community this year. The commendable vulnerability of these women who spoke out against him also inspired a former graduate student and now SUNY Stony Brook professor Crystal Marie Fleming to reveal more details of her experience with this professor. She tweeted, “What makes me even more angry is the fact that I learned, over the years, that this man’s predatory behavior is an open secret in academia. I heard stories of this same professor preying on young women graduate students on multiple campuses across the country.”

Vanderbilt is putting women students, postdocs, and faculty in danger with this hire. Not only is it leaving women vulnerable to abuse and harassment, but it also discourages victims who currently may be trying to come forward with accusations. Vanderbilt’s silence in addressing these allegations is in and of itself an act of violence against women, especially women of color.

Believing victims does not mean forgoing the rights of the accused. It must, however, elicit a thorough and transparent investigation. If the accused is found guilty, then they must subsequently be held accountable for their actions, no matter how famous, respected, wealthy, or beloved the individual is in his or her community.

This type of threatening conduct is unfortunately nothing new to this campus. When Vanderbilt conducted a survey in 2019 to gauge the campus climate in respect to sexual misconduct, “a majority of women faculty (59%) and a plurality of women postdocs (44%) stated that they had been treated differently by someone at Vanderbilt because of their sex at least once during [the previous three year] period.” Among undergraduate women students, 27% reported experiencing nonconsensual sexual contact at some point during their time at Vanderbilt. Cases of sexual assault are even higher among groups within the LGBTQ community at Vanderbilt with 29.8% of students who identified as transgender, genderqueer, or gender nonbinary reporting that they have experienced nonconsensual sexual contact while at Vanderbilt.

Women in the political world, such as former California Congresswoman Katie Hill and Governor Gretchen Whitmer of Michigan, have already come forward to openly share their #MeToo experiences to display their solidarity with other survivors of sexual misconduct. At the same time, Donald J. Trump, a man who had at least 26 counts of alleged sexual misconduct, won the 2016 presidential election. Brett Kavanaugh, a man who had credible accusations of sexual misconduct, was confirmed to the Supreme Court of the United States in 2018. While the #MeToo movement has made remarkable strides in empowering women who have been victims of sexual misconduct, Trump’s election and Kavanaugh’s confirmation suggest that a woman’s safety is not as prized as a man’s rise to power.

It surely does not help when certain behaviors and expectations for men are failing to be set at the top of our most prized institutions and industries. Until that happens, we must demand that the university play a more active role in creating a safe physical, emotional, and academic environment for all students regardless of gender. As a nationally acclaimed university, Vanderbilt would ideally aspire to be a leader to other institutions by establishing high moral standards that prioritize protecting women within our community. Defending alleged accusers with little to no communication with the student body fails to set this standard and makes  women feel unsafe and ashamed to be a part of this community.

Image Credit: “Me Too” (unmodified) by Shamia Casiano