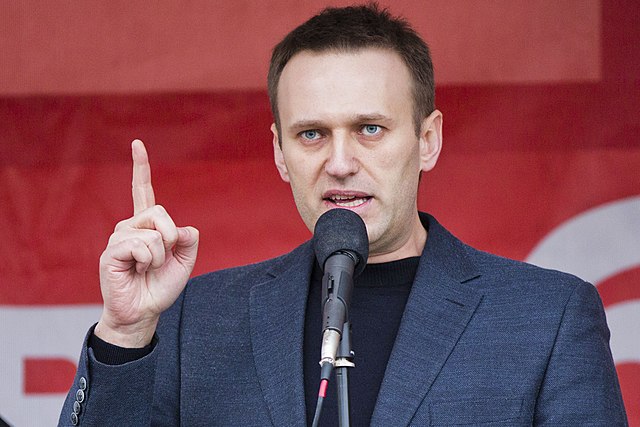 Standing in opposition to one of the most powerful men in the world is no easy feat. However, one man has done so in dramatic fashion—in Russia.

Alexei Navalny is a Russian lawyer and activist who is known as Russia’s most prominent opposition leader. For years, he has stood against Vladimir Putin arguing against governmental corruption.

Navalny has publicly argued that Russia’s Government is full of “crooks and thieves” and that Russia is a “feudal state” centralizing its power only in the Kremlin.

To amplify his message, Navalny formed the non-profit Anti-Corruption Foundation in 2011. Its main goal is to investigate corruption claims predominantly targeting high-ranking government officials. Navalny’s work has helped him gain millions of Russian followers on social media and propelled his supporters to local offices.

Unfortunately, many Russians fear for his life. Russia is widely known as an authoritarian state not granting many political rights or civil liberties to its citizens, including the freedom of speech. They fear that he might end up like Nikolai Glushkov, a Russian businessman who was found dead in 2018 after being critical of Putin.

In Aug. 2020, the elite toxins team of Russia’s Federal Security Service poisoned Alexey Navalny by planting Novichok, a lethal nerve agent, in his underpants. Because Navalny had always been an issue for Putin, many suspected that this was indeed the doing of the Russian President. Putin denied these claims and said if Russia wanted Navalny dead, he would have died earlier.

Following the poisoning, Navalny fell into a coma and narrowly escaped death. He traveled to an undisclosed location in Germany to take care of his health in safety. However, the Russian Security Forces interpreted this as Navalny avoiding the cops and violating the terms of a previous jail sentence for fraud that required Navalny to regularly check in with authorities in 2020.

Navalny was consequently jailed once more; however, early in this prison sentence, he claimed that the government failed to provide sufficient treatment for his back pain and leg numbness. After pleas for help were ineffective, Navalny began a hunger strike.

Thousands of people took to the streets of Moscow to demand Navlany’s freedom. Even though doctors were denied the ability to visit Navalny in prison when evaluating his kidneys and nervous system before being sent to jail, a dozen of doctors claimed that Navalny should “immediately halt the hunger strike to preserve his life and health.” Navalny ended the strike after 24 days.

Alexei Navalny’s efforts to stand against one of the most powerful men on the planet has garnered domestic and foreign attention. His efforts have just started to manifest change, it will be interesting to see how they fare in the future.