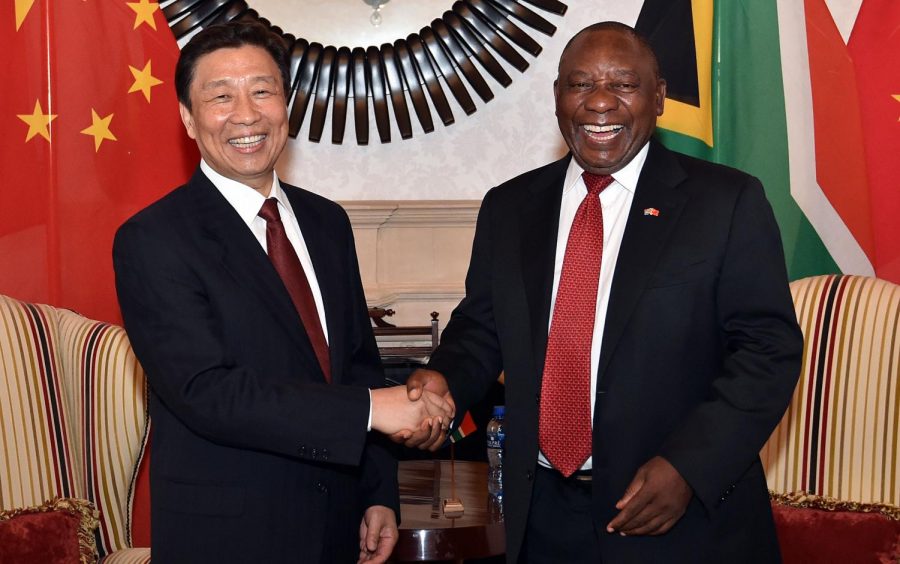 African nations have long experienced exploitation and colonialism at the hands of powerful Western nations. Following the aftermath of Western colonialism, various countries attempted to rebuild the African economy. Currently, one of the largest contributors to African investment is that of Chinese investment firms that focus on infrastructure and loans for African governments. This primarily manifests itself through Chinese Foreign Direct Investment (FDI) to a variety of African nations. However, the Chinese government has prioritized its own return on investment, contributing to a series of cultural and social harms that far outweigh any sort of economic benefit for Africa. This has escalated to the point where Chinese investment in Africa must be condemned in international law, as the practice is effectively modern-day colonialism.

According to the United Nations, FDI is “investment made to acquire a lasting interest in or effective control over an enterprise operating outside of the economy of the investor.” FDI is generally framed to be a positive contributor to national economies. This type of investment is intended to provide a reciprocal return – the country receiving the money is able to grow economically through the development of industry and infrastructure, while the lending country receives an economic return when their investment pays off. In the case of China and Africa, Chinese investment helps provide capital to African nations and pushes them towards economic stability.

Nevertheless, Chinese FDI exacerbates problems in three major facets of African life. First, Chinese influence contributes to a clear degradation of African culture. China’s intentions in Africa are not purely economic, but rather seek to expand cultural influence as well. This has been done through the creation of a Chinese educational system, aimed at teaching Chinese language and culture at the expense of African culture. The current system mirrors apartheid in South Africa, in which the oppresive government also worked to erase African culture through implementing Westernized education. In the process of establishing schools and other education systems to teach Chinese culture, the spread of African traditions has tumbled. The ways in which China actively undermines the sociocultural stability of African nations mirrors the same systems that Western countries implemented during their time as colonial powers.

Second, Chinese FDI contributes to some economic harms. While African elites and government officials may profit from Chinese investment, the citizens of Africa are experiencing detrimental outcomes. FDI is frequently cited as being economically beneficial, but increased Chinese investment results in African companies viewing this investment as a reliable source of income. In the short term, this may help African countries economically. However, in the long term, this disincentivizes African countries to be economically self-sufficient, reducing the urgency of local development.

Economic harms also exist through the process of debt trapping, in which China gains control of collateral, oftentimes in the form of ports, when a country is unable to repay their loans. Debt trapping, as a result of taking out loans from China,  has already occurred in Sri Lanka, Kenya, and Myanmar. This is a unique demonstration of neocolonialist practices, evident by economic harms and exploitation that are able to persist due to a lack of explanation to the governments of the receiving countries.

Finally, Chinese investment has caused direct harm to the livelihoods of African people. African citizens have continuously reported frequent discrimination and harassment from workers in the newly established Chinese industries. This behavior extends economically, as Chinese industries in Zambia have banned union activity and do not pay African employees the full $67 USD/month minimum wage. Not only are African workers facing severe economic harms, but 50 African employees died in this same work environment after Chinese workers intentionally failed to warn them about a fatal manufacturing failure.

Tunde Ogungbade, a parent of a Vanderbilt student and a global business manager working in international exchange, explained his firsthand experience with Chinese FDI in Africa. He specifically focused on the impacts on Nigeria, where he spent the first 20 years of his life and continues to travel regularly for business. Ogungbade cited examples from three sectors in which he has seen FDI in action in Africa – the development of free trade zones in ports, the extension of an international airport in Lagos, and the modernization of the railway system across Nigeria.

When asked about the economic impacts of FDI, Ogungbade described that there can be both benefits and harms. In terms of benefits, he cited the immediate direct economic impact and short term return. However, he also highlighted long-term consequences as a result of this “China-first” policy. He further explained that these harms and the necessity to pay back the debt may result in indebting taxpayers, contributing to a loss of economic stability and cultural freedom.

The practices of neocolonialism are evident through such subtle exploitation, lacking any form of upfront transparency to the reciprocal governments. Chinese FDI should be considered a violation of international law under the UN General Assembly Resolution 2621. This resolution, alongside resolution 32/14, declared that colonization is declared a crime in all forms. Under these resolutions, colonialism is broadly defined as a “practice of domination,” creating subjugating one group of people to those in positions of power. In the case of China and Africa, China is actively suppressing the power of African nations and the voices of individuals, who are falling directly under the conditions of colonialism. The United Nations broadly speaks out against acts of colonialism, but it needs to take a firm stance on these clear violations of international law.