The Met Gala: A Fusion of High Fashion and Political Perspectives 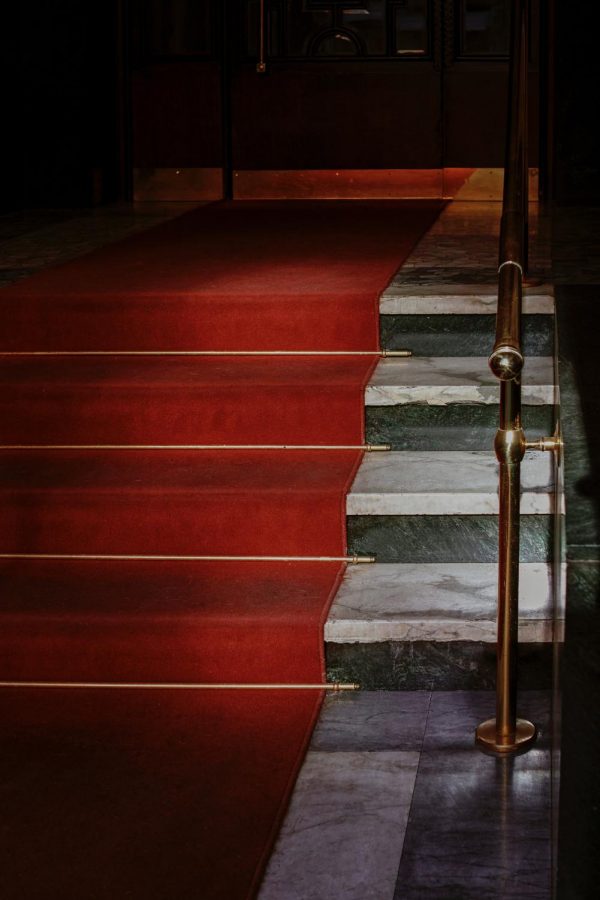 Making political statements on the public stage has been a staple of American history. From Colin Kaepernick kneeling during the national anthem, to The Chicks proclaiming that they were “ashamed the President of the United States is from Texas.” It is a very effective way to spread platforms that they believe in and make a difference about something they are passionate about.

This year’s Met Gala was no different. The stars came, showed out, and were very effective in their goals of displaying what they are passionate about. Political Science Professor Dr. John Dearborn said in a statement to VPR that political protests are ways for people to accomplish the goal of raising awareness about an issue, and given that there has been a lot of media coverage on the following topics this past week, believes that “they effectively used the event to accomplish that goal” and “have driven political conversation this week more than they would have been able to otherwise.”

Cara Delevingne made a bold fashion statement in a bulletproof vest that said “PEG THE PATRIARCHY ” in an effort to bring attention to female empowerment and gender equality. Delevigne recently opened up to ladyfirst, saying that sometimes she finds that she beats herself up, but that now she is understanding the importance of female empowerment, and “wants to lift other women up.” Although this outfit may seem a little controversial, even for the Met Gala, we honestly cannot be surprised by this from her. In addition to her work on women empowerment, Delevingne has long been a sex positive person, and even is the co owner of her own sex toy company.

Perhaps the most criticized outfit of the night was Ocasio-Cortez’s white gown with the words “TAX THE RICH” in scarlet letters across the back. As a congresswoman, what better way of spreading your ideas than at the biggest fashion event in the country that millions of people are watching? This statement parallels her philosophy on increasing the tax rate on the wealthiest of Americans. Some people find this idea controversial because she proposes a tax rate of 70% on Americans with earnings of over $10 million. In response to her dress, one first-year at Vanderbilt said “I actually find it ironic that AOC is wearing this dress at the Met Gala where so many A-List, wealthy celebrities attend that are in the top 1%.”

The star of the U.S Women’s Soccer team, Megan Rapinoe, brought a clutch to the Gala that said “IN GAY WE TRUST,” parelleling the national motto of the U.S., “In God We Trust.” Rapinoe has long been an activist for the LBGTQ+ community and for equal pay for women. In 2016 at one of her soccer games for the U.S. Women’s Team, she kneeled during the national anthem in solidarity with Colin Kaepernick, saying that “Being a gay American, I know what it means to look at the flag and not have it protect all of your liberties.”

Influencer Nikkie de Jager showed up to The Met Gala in a turquoise gown with flowers and a bow that said “PAY IT NO MIND”, an ode to the transgender rights icon Marsha P. Johnson. In January 2020, Jager came out on her YouTube channel as transgender, and the video gained popularity among her viewers and beauty influencers alike. She said on her Instagram post about the gown, “I knew I wanted to pay homage to a trans icon who was at the forefront of the Stonewall Riots… Marsha P. Johnson.” Johnson was a transgender activist who took part in the Stonewall Riots in the late 1960s. These riots were a major force for LGBTQ+ political advocacy and Jager thought it was the right thing to do to “make her community proud.”

The Schitt’s Creek star wore an outfit at the gala that celebrated LGBTQ+ pride and the community that he is a part of. His outfit, which included an image of two men kissing, was made “to create a powerful ensemble that celebrates ‘the resilience and the love and the joy’ of the LGBTQ+ community.”

His designer also said in a Vanity Fair interview that “through [Levy’s] comedy, he is able to knock down cultural barriers. We wanted to make something that allows him to make queer love visible.”

In a similar fashion to Alexandria Ocasio-Cortez, U.S. Representative Carolyn Maloney appeared at the Met Gala in a multi-colored gown with sashes on it that read “EQUAL RIGHTS FOR WOMEN.” The New York democrat has long been a supporter for women’s rights, notably when she controversially gave a speech on the house floor in 2001 while wearing a burqa in order to call attention to the Taliban’s harsh treatment of women. Maloney says that she wore this gown in support for the passage of the Equal Rights Amendment, which would constitutionally protect people from discrimination on the basis of sex.

Whether or not you agree with what these people were advocating for, they got people talking about their messages, which is the catalyst for political change. Political Science Professor Dr. Cindy Kam told VPR that “[A]rt is inherently political. We like to believe that places [such as the Met Gala] are apolitical, but if you think about it, they are places that challenge ideas about power and where political issues have emerged.” So, if you really want to get people talking about an issue, take it public. Maybe then, your community, or even the U.S in regards to these celebrities, will be talking about what you have brought to the table.