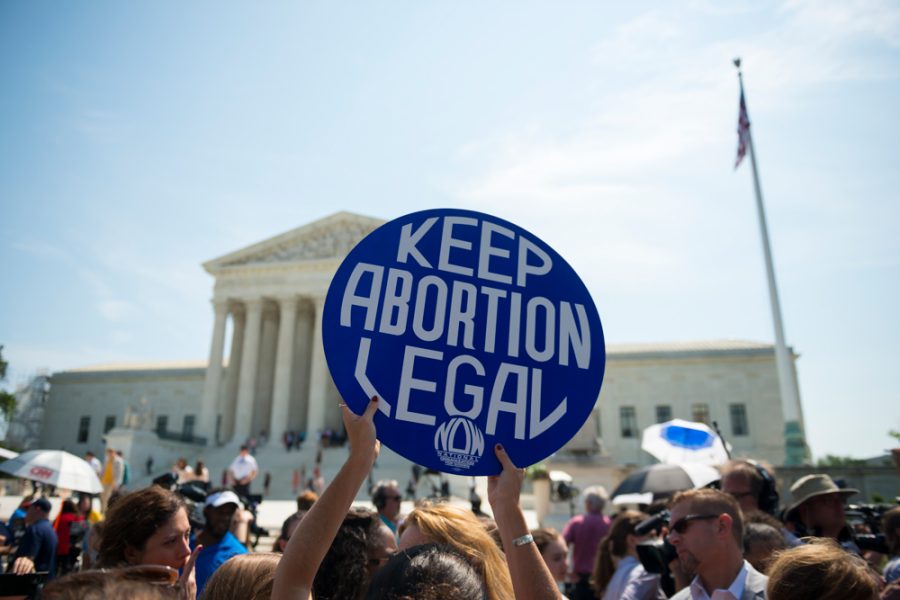 “This is vigilantism. This is 1984.” This is how leading advocates for abortion rights and reproductive justice described Senate Bill 8 – Texas’ six-week abortion ban that went into effect this September.

This past Tuesday, October 12, Vanderbilt College Democrats hosted a panel discussion unpacking the legal intricacies, implications, and intentions behind S.B. 8. The law bans most abortions after six weeks, without making exceptions for rape or incest and with minimal allowances made for the health of the mother.  Since it was passed by the Texas Legislature in May, the law has been the subject of much legal debate and is broadly considered to be the most restrictive abortion law on the books nationwide.

When asked to explain the law, panelist and Patient Advocacy Programs Manager and Community Engagement Coordinator for Planned Parenthood of Tennessee and North Mississippi Julie Edwards described it as insidious, particularly so because of the nature of its target. Instead of targeting the patient themself, it targets anyone who helps the patient, including but not limited to abortion providers, family, friends, and even uber drivers. Vanderbilt Law School Professor of Pediatrics, Law, and Health Policy Dr. Ellen Clayton highlighted the unique enforcement mechanism of the bill; that individual citizens, not state officials, are called upon to enforce the law by suing abortion providers and anyone else who helped someone access an abortion, incentivized by the reimbursement of their legal fees and $10,000 should they win. She pointed out that this clause was highly strategic, designed to make the law harder to challenge legally, since the state itself wasn’t technically enforcing the law. Dr. Clayton criticized this interpretation of the law, explaining that giving people an incentive to sue others is still enforcement. In this way, it “effectively turns private citizens into abortion bounty hunters,” as Edwards put it, actively encouraging citizens to doggedly police essential reproductive support networks and bog them down with court fees and legal cases.

The fact that the Texas Legislature took this roundabout way to restrict abortion access is no coincience. As panelist and Community Organizer for Planned Parenthood of Tennessee and North Mississippi Anna Flores clarifies, “this is their way of being creative – the ultimate goal for them is to overturn Roe v. Wade.” SB 8 is a crucial stepping stone in a strategic effort by anti-abortion rights groups to establish legal precedents that enable more restrictive anti-abortion legislation nationwide and significantly limit abortion access across the country. The Texas law sets a legislative precedent for similar laws to be passed by other states. However, it’s far from the only path forward for anti-abortion groups.

Another major threat to abortion rights is the Dobbs v. Jackson’s Women Health Organization case, which the Supreme Court is set to hear oral arguments on during this term. The case centers around the the legality of Mississippi’s 15-week abortion ban. While this may seem far less severe than Texas’ current ban, gestational limits on abortion are often misunderstood. As Edwards explains, gestational age isn’t calculated from the date of conception, but instead from the date of your last period. This means that someone could have their period, become pregnant two weeks later, and by the time they miss their next period, the gestational age of the fetus would be four weeks instead of two. It’s also crucial to recognize that most people do not even know that they are pregnant at six weeks, which is why restrictions based on gestational age can be so effective. Under Roe (1973), the right to an abortion was protected through the first trimester, when the gestational age of the fetus is 26 weeks. At this point, the fetus is held to be viable and the state can intervene to protect the life of the fetus. However, Casey v Planned Parenthood (1992) allows for a more flexible definition of fetal viability. As written  by Justices O’Connor, Kennedy, and Souter, “Roe’s rigid trimester framework is rejected. To promote the State’s interest in potential life throughout pregnancy, the State may take measures to ensure that the woman’s choice is informed.” Dr. Clayton made it clear that 15 weeks is far in advance of medical fetal viability, but the Mississippi ban hopes to take legal advantage of the flexible definition of viability established by Casey (1992),  making it clear exactly how much is at stake in the upcoming Supreme Court case.

To uphold the 15-week ban would represent a major change to the current legal framework governing abortion, as characterized by Dr. Clayton. Additionally, it would also represent the weakening of the protections laid out in Roe (1973), prompting more restrictive abortion laws nationwide to immediately go into effect. Edwards explained that laws functioning this way are known as trigger bans. In Tennessee, a trigger ban is in place, meaning that if Roe was ever overturned or narrowed on the national level, then abortion would become illegal in Tenessee within 30 days. This is a bill that has already been passed and would require no further action by the legislature or governor before going into effect. These trigger bans are common across the South and in states with conservative legislatures, meaning that the decision in Dobbs v. Jackson’s Women Health Organization has the potential to cause a massive ripple effect nationwide, resulting in major restrictions on abortion access.

Make no mistake, abortion providers and those seeking to access the care they provide continue to face distinct barriers, even when they are not directly impacted by the strict bans caught up in these legal battles. Tennessee, which is something of a safe haven for abortion in the South, has 8 clinics, many of which are taking patients from Texas who now have to go outside of their state to access care, reported Edwards. These restrictive laws put a strain on abortion providers in other states due to the increased demand for access, with both of Planned Parenthood’s Memphis clinics operating at their limit of the number of patients they can care for. This is no coincidence – laws restricting abortion access often seek to impose burdens on abortion providers. Edwards provided another example: Tenessee’s Fetal Remains bill, which mandated that following every surgical abortion in Tenessee at an abortion provider, all fetal remains must be cremated or buried. Cremation can be a very expensive process and no research was done by the legislature before the policy was implemented to determine whether it would be feasible for abortion providers to work with funeral homes to follow this law, revealing its true purpose — to place greater financial and legal burdens on abortion providers in order to limit access to their services.

Panelist and executive director of Healthy and Free Tennessee Briana Perry emphasized the inherent connection between abortion rights and reproductive justice. Defined by Perry as the right to choose whether or not to have a child, to be able to parent in healthy and sustainable communities, and to fully control reproduction, reproductive justice is fundamentally threatened by abortion, as it is an attack on bodily autonomy as a whole. As she explained, reproductive rights mean nothing without access. Abortions can be expensive and often require time off from work to visit a provider and have the procedure, both of which constitute systemic barriers to access, especially for people of color. For those who work hourly jobs, missing work to obtain care from an abortion provider can represent a loss of wages that may mean the difference between making ends meet or not for that month, not to mention the added expense of an abortion and the added cost of gas to travel to a provider.  Making matters worse, Southern states, where a significant portion of the population is generally made up of people of color, often have few abortion providers. Look to Mississippi, which only has one abortion clinic to serve its nearly 3 million residents. Flores expanded on Perry’s point, stressing that access to abortion services is a crucial component of racial justice and that it is impossible to have one without the other, due to the long history of reproductive control and oppression being used to keep black, indigenous, and people of color down. If abortion is criminalized, it will impact these marginalized populations the most. Flores emphasized that, historically, wealthy, white, cisgender women will nearly always have access to safe abortions, whether they are legal or not.

As the panel came to a close, students, motivated by what they had heard, asked how they could get involved. Edwards had many recommendations they were happy to share with students. Outside of volunteering and donating, Edwards suggested that students connect with local community resources on and off campus to stock up on contraception, arm themselves with the correct information, start activating their own networds to support abortion patients, and learn about self-managed abortion – soberly noting that “that’s where we’re headed.” If students want to donate, Edwards recommends donating to mutual aid funds, like the local Tennessee Mountain Access Brigade, to ensure their donation has the most immediate and meaningful impact. Perry also encouraged Vanderbilt students to become more involved in the larger Nashville community, suggesting a variety of volunteer opportunities, including Days on the Hill visits affiliated with Planned Parenthood or Healthy and Free Tennessee. These visits to the Tennessee State Capitol provide an important opportunity for students to see the legislative process up close and make their voices heard. Flores chimed in, stressing that “what we need most is for you to show up, not just once, but to keep showing up.” On the topic of achieving broader social change, Edwards prompted students to remember that, at the end of the day, it is the people’s power that holds the courts accountable.

Photo by Gayatri Malhotra on Unsplash