The end of a decades-long intervention in Afghanistan, explained 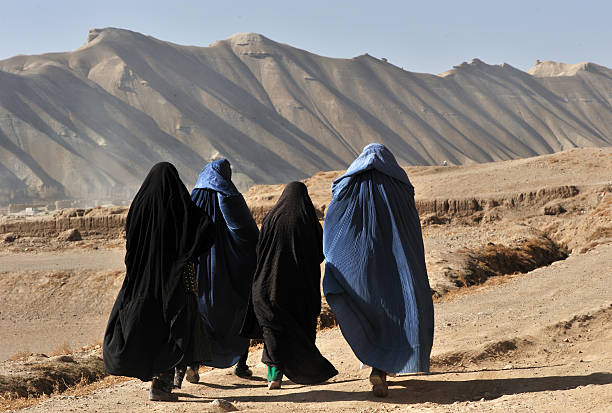 When I asked to use his photo for this article, Kabul-based photographer Omer Khan politely agreed. He then told me the story of how he and his family fled Afghanistan and is now based in a refugee camp in Indianapolis. Staring at the computer screen, I didn’t know how to reply. Sure, I had seen the faces on the television and on social media and understood the consequences of the United States pulling out of Afghanistan, but Khan was the first Afghan with whom I had a personal conversation. Omer’s story highlighted, to me, the importance of understanding, a critical skill that is needed for such a grave topic.

Thus began the decades-long United States involvement in Afghanistan. “The US-backed government in Afghanistan was always a sideshow,” said Schwartz, after attention was immediately brought to Iraq, which then-President Bush claimed, falsely, had “weapons of mass destruction.”

After President Obama was elected and Osama bin Laden was killed in 2011, attention shifted to getting out of Afghanistan. The United States government, which never truly attempted to build a strong, governmental foundation for Afghanistan, was prepared to leave. This plan to leave has spanned three presidents, with total withdrawal occurring just recently under President Biden.

Schwartz seems to pinpoint public opinion on the war as the reason behind the quick withdrawal. After Osama bin Laden was killed, public approval for military occupation of Afghanistan dropped significantly. “We went in to get bin Laden, now that we did, why not get out?” Schwartz describes the thinking of the American public. The Obama administration proceeded rather slowly and cautiously, whereas the Trump administration ramped things up, as Trump promised a quick withdrawal, a plan Biden supported.

Which explains, what Schwartz calls, a “great miscalculation” on Biden’s part. Military advisors were unanimous in their opinion: if the United States military left the country, the Taliban would rise again, quickly, to take most of the country. They made, however, quite the underestimates in the Taliban’s resolve and expediency, which explains the poor timing in Biden’s withdrawal, the unnecessary struggles that occurred with it, and the significant disapproval in how Biden handled the situation.

Schwartz isn’t sure how the issue of Afghanistan is going to affect the Democratic Party and Joe Biden electorally. “People who are predisposed to dislike Biden are going to hold onto this,” Schwartz says, “But remembrance among Democrats and other voters may diminish when this issue gets placed among others.”

What does Schwartz see for the future of Afghanistan? He says that, despite the United States’ disapproval, the Taliban will gain some international recognition. Notably, the Taliban has recently selected an Ambassador to the United Nations. “There are a lot of bad actors out there,” Schwartz explains, “The Taliban is just one among them.”