The End of the Merkel Era: Will the Calm Seas of Germany Be Replaced with Higher Tides? 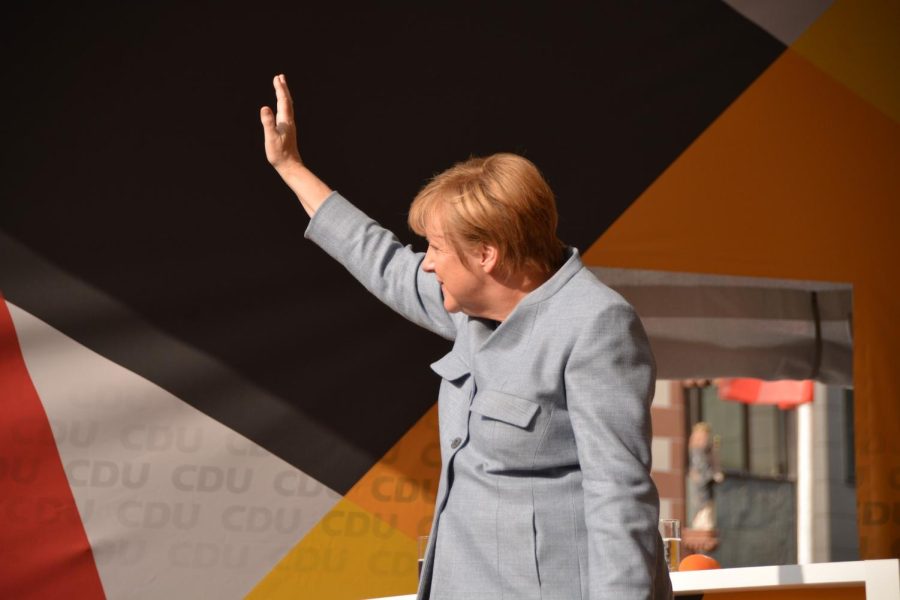 Angela Merkel has dominated the German political conversation for 16 years; now that she is stepping down, German politics faces more uncertainty than it has seen for most of the 21st century.

Germany held their national elections in September 2021, but for the first time in 16 years, more than just Bundestag seats hung in the balance: the chancellorship was on the line. In October 2018, Angela Merkel, Germany’s long-standing Chancellor, announced that she would be stepping down from leadership of her party, the center-right Christian Democrats (CDU), and not pursuing another term as Chancellor. As a result, this 2021 vote will result in a new coalition and chancellor, making it much more anticipated than past elections.

Results represented a stark departure from the recent norm. Merkel’s CDU lost 8.9% of the total seats in the Bundestag, making this September their worst performance in the party’s history. The second of Germany’s two largest parties, the center-left Social Democrats (SPD), gained 5.2% of the seats in the Bundestag, allowing them to steal the title of largest party in the parliament. They therefore have the upper hand in forming the new coalition. Outside these two major parties, the alt-right Alternative for Germany party (AfD) lost a small percentage of seats and is sitting at 10.3% of the vote.

Since Germany’s Bundestag is composed of many more than two parties, parties must form coalitions to reach a majority. This usually means one of the country’s largest parties, namely the CDU and SPD, assembles a coalition with approximately two smaller parties to gain majority influence. James McFarland, Assistant Professor of German at Vanderbilt University, remarks that, in this case, “it looks as if the Greens, SPD, and the Free Democrats are working to form a government.” This would make the SPD’s Olaf Scholtz the new Chancellor. There is also a chance that the CDU works out a coalition with the Greens and FDP, making the next Chancellor another CDU member. However, this looks increasingly unlikely given their poor election performance.

Angela Merkel has served as Germany’s Chancellor since 2005. Only Otto Von Bismarck, the mastermind of a German Empire, and Helmut Kohl, the architect of German Reunification, have served in the role longer than Merkel. Compared to Bismarck and Kohl, Merkel’s era has been marked by far fewer notable triumphs, but this may be the beauty of her time in office. Germany has managed to escape much of the political and social turmoil of the last decade. With a new coalition marking the end of her time in office, though, Germany’s political landscape will be shifting.

To many Americans, the name Merkel was unknown for a long time. Soon after she first took office, a Gallup poll concluded that only 4% of Americans could identify Merkel. Even as her chancellorship has drawn on, she has maintained relatively low-profile due to her unproblematic and unopposed leadership. Even as Europe and the world have trekked through turbulent times, from the 2008 financial crisis to the more recent polarization surrounding Trumpian politics, Merkel has maintained popular support and managed to attract sparse criticism. The Guardian reported this year that Merkel had higher approval ratings at home and abroad than any other major world leader. As the rest of the world has experienced crises of all sorts, Merkel’s Germany has continued to exude stability.

Within Germany, Merkel was able to maintain popular support with few complaints for so long because of what Professor McFarland calls her “anti-charismatic charisma.”  The end of Merkel’s calm reign indicates a change in tide for German, European, and world politics. McFarland points out how the results of the recent elections show that German politics may be a more “fragmented political landscape” than has been apparent in the past, and that Merkel’s  “personal popularity may have covered up the actual political divisions in Germany.” To him, this new era of German politics represents a negative change in tide rather than a positive one. Overall, “the coalition that will end up governing Germany will almost certainly be less stable and more liable to break apart than the coalitions that have governed Germany in the past” according to McFarland.

As world politics has become more turbulent and extremism has grown in the European Union (EU) in the last six years,  Germany may not be able to hide under the guise of stability and calm any longer. McFarland points out that the CDU’s poor performance “suggests that the dysfunctions we’re seeing in other democracies, in which populations have become tremendously polarized and governments tremendously paralyzed, may not be so alien to the German political scene” despite years of seemingly calm waters under Merkel’s leadership. Their neighbors and allies have combated extreme political division for years, and Germany may now have to join them.

The SPD’s strong performance foreshadows shifts in German foreign relations and domestic politics. A change in the traditional transatlantic alliances, especially regarding action toward China, remains in question. The SPD is expected to take a more forward approach to reigning in the superpower, likely affecting collective efforts of the US and EU.

However the coalition is settled, without the cool and collected leadership of Merkel, the future of the German political landscape is bound for major changes from the past 16 years. Time will tell what this will look like for Germany and her allies.