SATIRE: The Case for Confederate Cannons 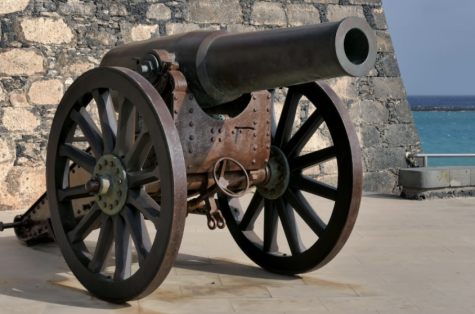 According to the Southern Poverty Law Center, 114 Confederate monuments have been removed from public spaces since 2016. For the average Robert E. Lee stan, these 114 removals represent 114 unique instances of historical erasure of their beloved runner-ups. These heroes, burdened with carrying the heavy torch of racism into the new decade, are fighting yet another losing war.

I stand in solidarity with my fellow Unionites celebrating these removals en masse. Though it may be bold of me to say, in wars surrounding the issue of slavery, I tend to side with those against it. However, my convictions regarding the removal of monuments are not without exception.

Confederate cannons are the most recent objects of liberal animosity. Most recently, activists in DeKalb county voted to remove what many would consider to be the centerpiece of Decatur Square: a cannon that memorialized the Creek Indian War of the mid-1830s. Such removal goes against every principle ofAmericanism I can think of. Below I list three substantive arguments in favor of preserving our pre-industrial death tubes, never straying from our forefathers’ dedication to the two key tenets of American democracy: facts and logic.

1. Cannons are badass. The way they shoot so hard and far is really cool. Some cannons shoot as fast as 820 feet per second (wow!). The fear in our enemy’s eyes as we wheel out 8,000 pounds of pure American artillery is special— something that the drone-wielding city-slickers will never understand. I have no doubt that if Sylvester Stallone, The Rock, or even Vin Diesel were around during the Civil War, they would be gallant cannon operators.

2. We must protect our 2nd amendment rights. The 2nd amendment states, “A well regulated Militia, being necessary to the security of a free State, the right of the people to keep and bear Arms, shall not be infringed.” In other words, George Washington is personally against the government taking our cannons away. To defend against tyranny, the public must maintain control of these pain pipes because once the government gains the ability to launch 40 pound projectiles at terrifying speeds, we may as well lay down our weapons. Essentially, these cannons are our insurance policy— a trump card to keep in our back-pocket.

3. God loves cannons. Of course, I do not presume to know what the Almighty prefers when it comes to colonial weapons, but come on— he has to love cannons. Commandment six may state that, “thou shalt not kill”, but it never mentions anything about laying siege to Union barricades. It seems that God strategically overlooked Satan’s straws when writing his laws, all but begging his disciples to fire away.

This fight is not about left versus right, North versus South, Union versus Confederacy— we are fighting a civil war for the rights of cannon-lovers everywhere. Hopefully this article lights the fuse; all we have to do now is wait.