How Taiwan Could Trigger a War 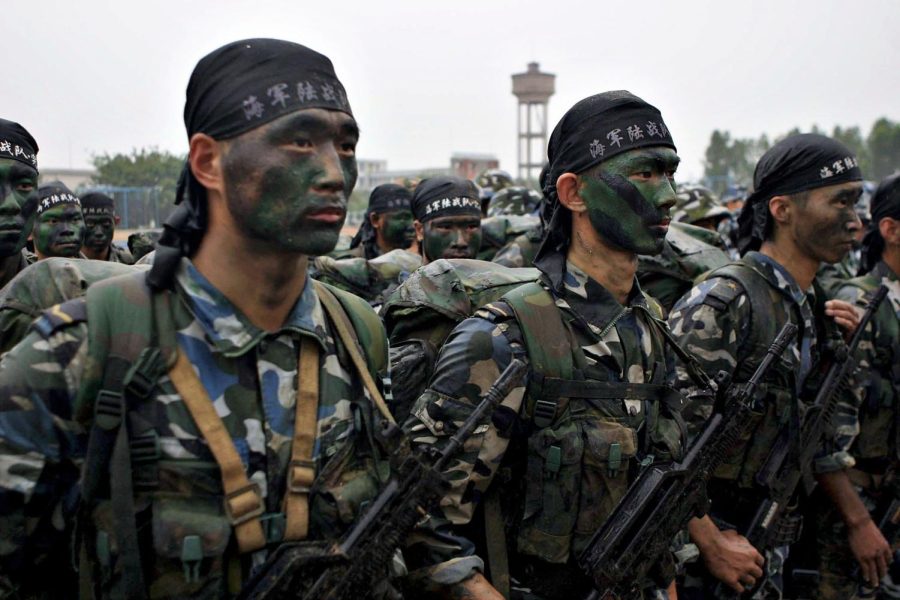 At a CNN town hall last Thursday, President Biden was asked if the United States would come to the defense of Taiwan in the event of a Chinese invasion. Before the moderator even finished asking the question, the President replied clearly and succinctly: “Yes, we have a commitment to do that.” The next day, White House officials clarified the statement saying that President Biden was “not announcing any change in our policy [toward Taiwan] and there is no change in our policy.”

Biden’s contradiction either indicates personal ignorance of America’s official policy toward Taiwan or is an attempt to signal strength to China without revising formal strategy.

Currently, the 1979 Taiwan Relations Act guides America’s position toward Taiwan with respect to China. Prior to 1979, and the United States’ formal recognition of the People’s Republic of China (PRC), the United States and Taiwan had a mutual defense treaty, pledging America’s support for Taiwan in the event of an invasion by the mainland. The Taiwan Relations Act replaced that firm commitment with the policy of “strategic ambiguity.” Under the new doctrine, the United States makes available to Taiwan, “defense articles and defense services… to maintain self-defense capability” (i.e., arms sales) but does not guarantee that the United States will come to Taiwan’s defense if China invades. At the same time, strategic ambiguity also does not preclude America’s intervention if a cross-strait conflict were to occur.

Recently, however, the policy of strategic ambiguity has become strained as China has appeared more inclined than ever to reincorporate Taiwan. In October, China flew more than 150 war planes into Taiwan’s air identification zone. Over the years, these incursions and other saber-rattling antics like amphibious assault drills have only grown more frequent. Each time, Taiwan is forced to react, giving China valuable information on Taiwan’s defensive strategy and wearing down critical Taiwanese machinery like fighter-jets. On October 9th, President Xi Jingping, speaking at Beijing’s Great Hall of the People, said “the historical task of the complete reunification of the motherland must be fulfilled, and will definitely be fulfilled.”

In the same speech, Xi called for the “peaceful reunification” of China, yet the PRC’s ongoing military operations, as well as the will of the Taiwanese people to preserve their autonomous democracy imply that settling the issue of Taiwan’s sovereignty will be anything but peaceful. Moreover, the events in Hong Kong two summers ago, when the Chinese government brutally crushed democracy in the name of national security, demonstrates that Taiwanese citizens cannot expect China to respect their democratic system if reunification were to occur.

China’s motivations to take back Taiwan are economic, strategic, and ideological. For one, Taiwan has huge cash reserves, is one of the fastest growing economies in Asia, and produces the lion’s share of the global market of semiconductors. Semiconductors are found in everything from phones and washing machines to cars and planes. Virtually every piece of technology on earth uses semiconductors and the world is currently in the midst of a massive shortage, making them and the production centers behind them more valuable than ever. Secondly, Taiwan’s strategic position in the “first island chain” would allow China to utilize Taiwan as a naval fortress, enabling it to project regional and global maritime might, push out the U.S. Navy, and obstruct America’s ability to support key regional allies like Japan and South Korea in the event of a future conflict. Lastly, Taiwan’s existence as a flourishing, prosperous democracy threatens Communist China’s ability to legitimize its style of governance to its own citizens. Simply put, Taiwan’s success could lead Chinese citizens to question their authoritarian leaders and cultivate civil unrest. The prestige of reunifying and rejuvenating the country is an aspiration for any Chinese leader. With forcible reunification as a feasible option for the first time in China’s history, Xi may see the glory of finishing unfinished business as a prize too great to ignore.

For America’s part, abandoning Taiwan is simply not an option if the United States intends on maintaining its hegemonic status and seriously competing in the twenty-first century. While strategic ambiguity entails that the U.S. is not pledged to Taiwan’s defense, America’s strategic credibility in Asia (and the rest of the world) is on the line in Taiwan. Taiwan is a vibrant democracy of 25 million people, roughly the same population as Australia. If America lets such a democracy fall, it would deal irreparable damage to the United States’ perceived ability to protect and bolster democracy across the world, and draw into question America’s strategic commitment to Asia. Furthermore, Taiwan acting as the door to China, prevents the PRC from achieving regional hegemony, making Taiwan a natural ally in the current tensions between the United States and China. The capture of Taiwan, as previously mentioned, would threaten America’s comparative naval advantage and likely lead to the Navy being pushed beyond the first-island chain, undermining America’s ability to defend Japan, South Korea, and the Philippines with whom we have mutual defense treaties. Such an abandonment would demonstrate that America is either too inept or physically incapable of honoring its strategic commitments in Asia. These aforementioned allies might have no choice but to engage in risky behavior like arms racing in order to balance against China or bandwagon with it. Can America really commit to such a future?

Thus, it is China’s determination to take Taiwan, and America’s strategic commitment to preserve the status quo of Taiwan’s de facto autonomy that makes war more likely than ever. Analysts say that China already possesses the ability to forcefully reunify Taiwan and repel a U.S. counterattack. As each day passes, China’s advantage in this regard only increases. The loss of Taiwan would be a tragedy to all who cherish democracy, set the twenty-first century on the course of authoritarianism, and lead to a sharp decline in American power. The United States must now do everything it can to deescalate cross-strait tensions in order to avoid a war no one wants. Additionally, the U.S. needs to reposition itself to maintain its strategic credibility and commitment to democracy in East Asia. While this may not mean abandoning the policy of strategic ambiguity (in fact, such a reversal could motivate China to invade), it does mean reinvigorating our ties to our Asian allies and regional security partners, and demonstrating to China that if it intends to take a democracy by force, much stands in its way.