Biden vs. Inflation: How Responsible Should We Hold Presidents for the State of the Economy? 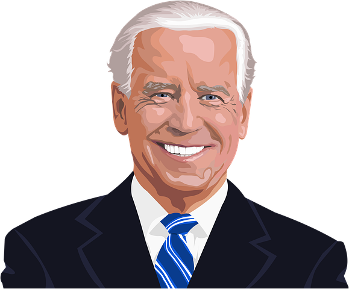 By this point, the recent spike in inflation comes as no surprise to the average American. The past several months have brought with them increases in the prices of groceries, automobiles, and especially gasoline. Surges in oil prices have become so burdensome on the economy that the Biden administration released approximately 50 million barrels of oil from the Strategic Petroleum Reserve just before Thanksgiving. He did so in concert with other developed nations to remedy the discrepancy between the supply and demand of oil resulting from the global economy’s rebound from the COVID-19 pandemic.

Though some hoped that the phenomenon would be merely transitory, Treasury Secretary Janet Yellen recently predicted that the consumer price index will continue to rise well into 2022.

Republican lawmakers blame the Biden administration’s American Rescue Plan stimulus package for “flooding the country with money” for the recent spike in inflation. Public opinion seems to be in lockstep with this evaluation, with his approval regarding the economy at a new low of 39%. But, the question remains — is Biden really the cause of inflation?

Top economists like Jason Furman of the Harvard Kennedy School maintain that price increases are an unfortunate downside of an unprecedented economic recovery. The United States is far from the only nation experiencing major price hikes, either; inflation across the 38 member countries for the Organization for Economic Cooperation and Development (OECD) is at its highest level since 2008. Much of this inflation is caused by high energy prices and supply chain issues, just like in the United States. The Biden administration clearly did not cause worldwide inflation by itself. Rather, it is responding to the economic shocks caused by the pandemic like other developed nations. It is possible, however, that the administration’s policies, particularly its relief efforts, are exacerbating the issue in the United States. Is there any truth to such allegations?

Sort of. The American Rescue Plan’s injection of $1.9 trillion into the economy certainly did not help the situation, but inflation rates for many commonly purchased goods were already at their highest levels in a decade before Biden took office, a byproduct of the unprecedented pandemic relief spending of the Trump administration which exceeds that of the Biden administration by about $1 trillion thus far. These relief packages also contributed to a massive rise in household savings, allowing Americans to spend more money when the economy finally reopened.

Supply has struggled to keep pace with this rising demand, though, and these conditions yielded an inflationary period characterized as “too many dollars chasing too few goods,” or “demand-pull” inflation. The global supply chain, the pathways between where goods are produced and their destinations, has suffered heavily due to the decreased production of the global economy during the pandemic. Factories around the world which shut down due to coronavirus outbreaks now find global demand outpacing the supply they have been able to generate.

Such effects are especially pronounced for goods which saw an uptick in purchase during the pandemic as people hunkered down in their homes — think gaming consoles and used cars, for instance. Increased demand for cross-continental shipping combined with a scarcity of shipping containers and dockworkers has caused many major ports around the world to become clogged or to close entirely, such as in China. These factors have combined to create a wide gap between supply and demand, meaning that many goods consumers purchase regularly are scarce, driving up their prices and the prices of other goods as a result.

Biden’s stimulus package contained another provision that garnered criticism among the GOP: unemployment benefits amounting to $300 a month. “Exorbitant handouts” from the federal government made people disincentivized from returning to work as they were able to live off the federal government’s dime, so the argument goes. One need look only a little closer to debunk the theory; the federal unemployment benefits ended in September, and their termination did not significantly impact labor force participation. Furthermore, Republican states who blocked the benefits lagged far behind states who did not cease the payments, adding jobs at about half the rate of those states. Clearly, the GOP far overestimated the effects of the paltry monthly payment, demonstrating how the “blame-game politics” of the modern era can have serious material consequences for the average American.

So, is inflation because of Joe Biden’s presence in the office and his policies, or do other, exogenous factors, account for the recent rise in consumer prices? The answer, like with most political issues, lies somewhere in between. Many Republicans and their constituents have observed a relationship — inflation is high, Joe Biden is the president, and inflation was not such a salient issue when Donald Trump was in office. Therefore, they conclude, Joe Biden must be the cause of the phenomenon.

While Biden has not exactly ameliorated the situation with his American Rescue Plan, infrastructure, and (possibly) Build Back Better initiatives, they are certainly not the sole cause of our unique economic moment. The inflation crisis facing the U.S. can teach us a valuable lesson about how politicians frame current events, especially ones that the public is unlikely to understand. Vanderbilt professor and American presidency scholar David Lewis says that “the president does not have a lot of direct control over the economy but is given credit or blame for its performance.” Ultimately, the economy affects people’s lives more than perhaps any other political issue. The president, as one of two nationally elected representatives, is likely to enjoy more support when people feel their needs are met and is equally likely to suffer the consequences of people’s financial misfortune in the polls and in Congress. This is true even though the president has little control over the state of the economy, especially in an era when the independent Federal Reserve is delegated considerable authority over economic policy. An issue like inflation invariably has a multitude of causes, and none of them are as simple as “a new president is in office.” Responsible democratic participants will do well to question all narratives that seem too convenient to be plausible.