Is Vanderbilt Legally Obligated to Divest? Sitting Down with the Head of Dores Divest 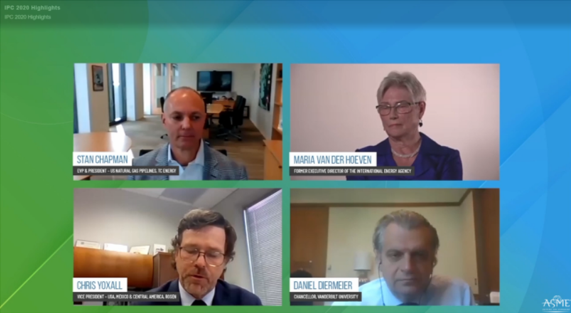 Chancellor Diermeier speaking as a Vanderbilt University representative at the 2020 International Pipeline Conference on the “Managing Perceptions” Panel to executives from ROSEN Group and TC Energy. Photo obtained from divestvanderbilt.com.

On February 16th, Dores Divest―a student group that advocates for Vanderbilt’s endowment to divest from fossil fuel investments―filed a legal complaint with the Tennessee attorney general to compel Vanderbilt to divest from such investments. The complaint invoked the Tennessee Uniform Prudent Management of Institutional Funds Act (UPMIFA), which states that nonprofit funds must invest responsibly with regards to the community’s well-being. They argue that Vanderbilt disregards this principle. Students at Princeton, MIT, Yale and Stanford filed similar complaints with their attorney generals as well.

To learn more about the complaint’s motivations, arguments and goals, I spoke with Miguel Moravec, a Dores Divest co-founder. Here are some highlights from the interview:

Upadhyay: Could you tell me about the recent legal complaint?

Moravec: “[The complaint] alleged that Vanderbilt’s investments in fossil fuel companies violate fiduciary law [UPMIFA]. Because charities and nonprofits like Vanderbilt get tax breaks, they’re obligated to invest to the benefit of the community. The mission of Vanderbilt is an academic one… to have $500 million invested in fossil fuels, we allege, stands directly in contrast to that.”

Upadhyay: What was the motivation of the complaint?

Moravec: “We have evidence from government and faculty reports that climate change directly harms Vanderbilt campus and community members… In 2021—the deadliest year of flooding on record in Tennessee—Maria Melton, a VUMC employee, died. That is directly related to climate change. [Vanderbilt’s] research facility… is in a floodplain that stands to be destroyed, based on FEMA flood maps, in the near future. The university shouldn’t invest in purposes that directly threaten their communities.”

Upadhyay: What was your intended outcome? What do you think will happen?

Moravec: “We hope to meet with the Tennessee Attorney General office, and that they will investigate Vanderbilt’s investment practices. Harvard and Cornell both had complaints filed about their fossil fuel investments under their state’s versions of this law. And while their Attorney Generals never made inquiries, both schools did divest before the complaint was resolved.”

Upadhyay: The complaint mentioned conflicts of interest on the Board of Trust. Could you elaborate?

Moravec: “We have a picture of Diermeier consulting with the fossil fuel industry as Chancellor. It’s insane that he denies that that is affecting his judgment. It’s unclear how much compensation, if any, he received. Diermeier is on the Investment Committee and weighs in on divestment. He implies that he’s neutral on the issue somehow, while paying fossil fuel companies… with our tuition dollars.

There’s also Ross Perot, Jr, who is the owner and chairman of several energy companies. And Steve Madden, who owns a company that makes a bunch of pipelines and oil wells and other traditional energy infrastructures. And we don’t know if they’ve recused themselves, like what happened at Harvard.”

Upadhyay: You filed a complaint with Vanderbilt’s Office of Conflict of Interest. What happened there?

Moravec: “The Board of Trust Audit Committee states it thoroughly investigated the complaint and found no wrongdoing—Diermeier ‘fully disclosed all relevant information [during] his appointment.’ That is not what we filed a complaint about, we don’t care what he did before he was chancellor.

It was while he was chancellor that he used Kirkland Hall office space to not just tell fossil fuel [companies] how to make more money, but literally how to have a better reputation, implying that he understands that they have a bad reputation for destroying the environment, and that he’s complicit.

I’ve heard musings of a document [describing their rationale], but it’s not public. I think the community would benefit from seeing the details as to why you don’t have a conflict of interest when it’s so blatant. When they closed their investigation, less than a week after we filed, without any public report, we said, ‘Okay, we definitely need to escalate to legal action.’”

Upadhyay: Do you know if previous Chancellors have engaged in similar behavior to Diermeier?

Moravec: “Chancellor Zeppos actually oversaw the divestment from EMVest, an agricultural company in Africa accused of land grabbing, and HEI Hotels, which was accused of unfair labor practices. Zeppos [called for] an ethics committee to screen our investments. Previous Vice Chancellor of Investments, Matthew Wright, shared the sentiment… So in terms of precedent, Chancellors at Vanderbilt, as recently as Zeppos, have weighed in favor of getting out of unethical enterprises.

But we know for a fact that Vanderbilt University does not even have that bare minimum ethics committee, let alone a sustainability screen on their investments.”

Upadhyay: Do you have an idea of how the Board defines “ethics”? Where do they draw the line?

Moravec: “I believe in the case of HEI hotels, there’s federal labor laws, so the Feds got involved. And they were like, ‘okay, if the feds are indicting a company for violating federal labor standards, that’s a pretty good sign.’

There actually have been Attorney General’s who’ve gone to Exxon Mobil and said, “This is fraud, you’re lying to your shareholders, and we are investigating you over it.” There have been big court cases on this… [Exxon] met this really high legal standard of violating what’s considered ethical. There’s a mountain of legal cases against fossil fuel companies saying,’“hey, what you’re doing is not only wrong, but has been deceptive since the 70s. You’ve known about climate change all this time. And here’s the evidence about why you broke the law’… It often takes this legal standard to invoke change at Vanderbilt’s endowment, and we are trying to meet that with our Attorney General by filing this complaint.”

Upadhyay: The complaint addresses “financial prudence” – can you elaborate on that?

Moravec: “Exposure to the [fossil fuel] industry is a death sentence, it’s not financially prudent. There have been huge fluctuations because of the pandemic. Oil was negative $30 a barrel at one point. These companies already have demonstratively been highly volatile, the worst asset class in the S&P 500, and are just simply not where humanity is going.

Any financially prudent investor would get out of these… to speak to that, we had the guy who helped write the law, Bevis Longstreth, cosign our legal complaint. He wrote the dang law [the federal UPMIFA]. So we’re not mincing our words. This isn’t students, you know, hugging trees. This is the former commissioner of the SEC signing a complaint saying, ‘yes, fossil fuel investments are imprudent for a university.’ That speaks for itself.”

Upadhyay: Diermeier stated that he didn’t want to take sides on the issue by divesting. What are your thoughts on that?

Moravec: “Then what does it mean to invest $500 million into fossil fuel companies? Isn’t that taking a side? If he wanted to claim neutrality, then freeze all new investments on fossil fuels until we have a community consensus, let the faculty senate weigh in, talk to experts. He’s not interested in finding out what the best climate policy is.”

Upadhyay: Has Dores Divest met with the administration?

Moravec: “Dores Divest has never spoken with Diermeier, though we invited him to our protest. We’ve had one meeting with Vice Chancellor Hall in the Investment Office, and we’ve had certain student leaders meet with Diermeier, but none of those meetings amounted to any change. When you’re not even pretending to listen to your community members–the intended beneficiaries of the endowment–then you’re getting removed from your charitable purpose.

But we’ve been welcomed by the faculty. The American Association of University Professors Vanderbilt Chapter cosigned our complaint and have supported our movement where they can. 1500 people signed our petition, and to only have a single meeting to show for it with no progress made is absolutely unsatisfactory from our perspective.”

Miguel expressed cautious optimism about pressuring Vanderbilt into divesting, given that Harvard and Cornell both divested 6 months after receiving legal complaints. As the debate unfolds, it will be interesting to watch this unfold.