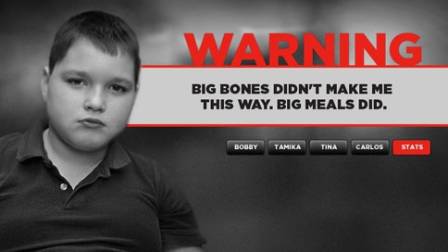 Earlier this month, Katherine Flegal of the Centers for Disease Control and Prevention published a study in the Journal of the American Medical Association finding that the one third of Americans who are overweight have a slightly lower risk of death than normal weight individuals.

The response, from both academics and the public, consisted of visceral opposition verging on disgust. Walter Willet of the Harvard School of Public Health called the study “a pile of rubbish”, adding “no one should waste their time reading it.” One very well received comment on NPR concludes with a personal attack: “It would appear that she has intentionally overlooked a couple of major confounding factors in pursuit of getting widespread attention and name recognition.”

Yet the idea of the “obesity paradox”, as it is called, is not new. In addition to overall mortality, above average weight appears to have a protective effect for a variety of chronic health conditions: a recent New York Times article noted that obese people who suffer from heart failure, heart disease, stroke, kidney disease, high blood pressure, and diabetes are less likely to die from the diseases than their skinny counterparts. A variety of studies also show that older individuals who are overweight live longer than normal weight individuals.

Americans, and certainly Vanderbilt students, are wedded to the idea that skinny is good and fat is bad. But the reality is more complicated.

For example, a study out of the Journal of Clinical Endocrinology & Metabolism found that “People with good metabolic health are not at risk of future heart disease — even if they are obese.” Obese people with healthy cholesterol levels, blood pressure, blood sugar, and C-Reactive protein (a measure of inflammation) were at no higher risk of death than similarly healthy, non-obese counterparts. But both obese and non-obese individuals with poor metabolic health had a higher risk of death from heart disease: 64% and 59% respectively.

In short, being skinny doesn’t mean you’re off the hook for health problems, and neither does being overweight imply inevitable health difficulties. A study in the Archives of Internal Medicine found that a quarter of normal weight individuals were metabolically unhealthy, while half of overweight people and a third of obese people were metabolically healthy.

And studies by Steven Blair at the Cooper Institute in Dallas show that overweight people who exercise have better health than skinny people who don’t. Most studies with the form “obesity causes x thousand deaths” do not consider the confounding variable of exercise.

“If we’re open-minded when we look at the data, we often find confounding factors that can explain the disease associations we blame on weight,” said Linda Bacon, a professor at City College of San Francisco, to the New York Times.

Our obsession with weight, however, has real, negative consequences. Fat people are often rejected by their peers, which can result in psychological damage and cause difficulties in acquiring employment and promotions. And as University of Chicago Professor J. Eric Oliver writes in his book Fat Politics, “Whether it is from a failed diet, a botched gastric-bypass surgery, complications from an eating disorder, or heart damage from diet drugs, every year thousands of Americans are literally dying to be thin.”

The lesson to take away from all of this is that eating well and exercising is very important for your health. But obsessing over your weight is not.

Some people are just fat, and there’s nothing wrong with that.