Why the GOP Should Relent on Obamacare 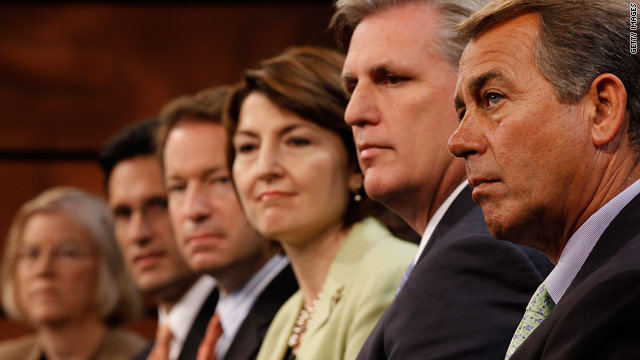 Forty. The number of times the Republican-controlled US House of Representative has voted to repeal the Affordable Care Act. Political posturing at its finest, these attempts at repeal are not only futile, but conceivably detrimental to the party of Lincoln. For a political party that has only won the popular vote in one presidential election once since late the 1980s, Republicans would find it wise to refine their implacable opposition to Democratic policies- particularly the Affordable Care Act. The GOP champions the free market and limited government and that message resonates with many Americans; however, when government is limited to the point of partisan futility and the free market is not sufficient, those political principles perhaps need reconsidering.

The Republican Party has been on the wrong side of arguments over large social programs like Obamacare before. The conservative standard-bearer in 1936 election, Alf Landon, opposed Social Security in his “I Will Not Promise the Moon” speech and it cost the Grand Old Party. FDR received more than sixty percent of the popular vote and 523 of 531 available electoral votes. While Democrats established New Deal constituencies and programs that improved quality of life for those voters, Republican opposition to “the old liberal order” hindered their nation-wide political success for two decades. The GOP eventually embraced social security and Eisenhower’s “liberal conservatism” sustained a successful presidency. Instead of rolling back all of the New Deal’s programs, Eisenhower embraced the evolved nature of government and was largely rewarded for his compromise and broadmindedness. Today’s Republican Party would benefit from a softening of their unrelenting opposition to the current administration’s objectives, too. More than seventy percent of Americans disapprove of the job Congressional Republicans are doing. Unremitting attempts to repeal Obamacare paint today’s Republican party in a too partisan and irrational light.

Forty is also the number of years House Republicans were in the minority following the New Deal era until the Gingrich Revolution of 1994. Sure, Reagan dominated politics in the 1980s, but the more ideological House Republicans could not match the district-level success of Congressional Democrats in the second half of the twentieth century. Merciless Republican opposition to President Obama’s agenda and Democratic initiative, one could say, paid off for the GOP in 2010, but midterm backlash to the incumbent party is hardly anything unique. Steadfast opposition is not a plausible long-term solution for the Republican Party- it cannot prosper as the “Party of No.”

Lyndon Johnson paved the way for Medicare and progress on racial matters in the United States, solidifying his place in history as a “doer and builder.” Although his electoral prospects withered as the conflict in Vietnam dragged on, LBJ’s contributions to society are invaluable and modern opinion proves such.  Washington, Lincoln, FDR and Regan were “builders and doers” and, thus, are heralded as some of the nation’s best leaders. In 1964, two-thirds of Americans chose Johnson’s Great Society over Goldwater’s promise to fight against the “socialistic policies” of LBJ’s first years in office. Today’s Republican Party, never afraid to inject “socialism” into the political conversation, failed to unseat President Obama even with an economy still struggling to recover.

Obamacare may not be as popular as Social Security or as widely beneficial, but it may not need to be to ensure Democratic electoral success. Young people and Hispanic Americans- growing components of the electorate and critical constituencies for today’s Democratic Party- both stand to benefit greatly from the Affordable Care Act. Hispanics account for only seventeen percent of the voting population, but constitute a full one-third of uninsured Americans. Public support of the new law may not be overwhelmingly solid, but the 3.1 million more young adults with insurance and the millions of Americans who have saved over $6.1 billion on prescription drug costs since 2010 would be hard-pressed to support a party whose only plan of action on healthcare is to repeal a law that benefits them. The Republican Party has evolved in the past to stay electorally viable and now needs to develop a cohesive, substantive plan for insuring those Americans without adequate healthcare. Dogged Republican opposition to Social Security cost the GOP until it relented. The Party of Lincoln today needs to surrender its notions of repealing Obamacare, or at least offer an alternative other than “no”. History reflects well on those who build and do.