The Trouble With Term Limits 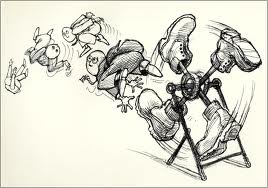 “It’s easy to find institutions in politics that are broken. This column strives to do something more difficult: find ways to fix them. Each month, I will tackle a new issue, and in a series of columns, I will lay out possible solutions.”

Term limits are massively popular in the United States, and are likely to grow in popularity after the latest debacle. Gallup’s poll in January found that 75% of American adults support the idea of term limits, with majorities among all age groups and political parties. The philosophy behind term limits is simple: the longer a politician stays in Washington, the worse the politician becomes at heeding the will of his or her constituents. Term limits would hinder the time for lobbyists to gain influence, nearly eliminate the constant re-election process, and would make career politicians a thing of the past. After the events of the past month in Congress, that sounds pretty great. However, we cannot haphazardly place term limits on our representatives. Term limits would solve many issues in Congress, but they would also create new and possibly more catastrophic issues.

Politics has always been a relationship-driven system. Experienced politicians have time to build relationships with their colleagues, and those relationships are the basis for brokered deals, compromises, and negotiations to end, say, government shutdowns or avoiding a debt default. Being a congressman is like any other job, really. In private sector jobs, a relatively new employee does not have the network within the company to influence decision making. Junior congressman and senators are not the ones who broker deals in Washington; the most experienced, well-connected, and well-respected congressmen are the politicians that make things happen in our system. We can not afford to lose those type of people.

Institutional knowledge is also critical to the productivity of Congress. Legislating takes a serious amount of know-how, along with relational prowess. Term limits would force congressman out right at the time when they were starting to gain institutional knowledge and build strong relationships. As well, inexperienced congressman might be more liable to follow the advice of experienced lobbyists. To illustrate how harmful term limits would be to Congress, allow me to use a sports analogy. Term limits would affect Congress in the same way starting five new freshmen every year would harm a college basketball team. The coach would have to teach the playbook anew every single year, the teammates would have little to no chemistry for most of the season, and there wouldn’t be an experienced player to take the buzzer-beating shot. Congress would face similar issues, except Congress does not get a coach, a playbook, or summer training camp. Term limits may effectively remove poor congressman, but they would also remove that experienced leader who would take the last shot a.k.a. negotiate the last-second budget agreement.

Therein lies the most prominent issue with term limits. Leaders of this country would be capped on how long they could serve, regardless if they were good or bad. For every Ted Cruz that term limits out, a Ted Kennedy would be removed as well. Imagine where this Congress might be without the leadership and character of Representatives and former Senators like Daniel Inouye, John McCain, Robert Byrd, Ted Kennedy, John Lewis, and Henry Clay. All of these men would have term limited out at some point in their careers, despite the overwhelming respect each of them were given by their constituents and colleagues.

Though support for term limits is a natural gut reaction to the failure exhibited by Congress, our country must take all things into account before passing such a serious Constitutional amendment. Yes, term limits solve some of the problems that Congress has, but it is not the solution. Term limits treat symptoms of the real problem, and much like medications advertised on television, would cause more harm through side effects than good. We must solve the real issue at the root of a dysfunctional Congress, not just treat its symptoms. Gerrymandering is the root of our dismal legislative body, and by solving it, we just may be able to fix Congress.

Check back next Friday to read how to fix the issue of gerrymandering in our political system.