What to do With Foreign Aid: The $37 Billion Question 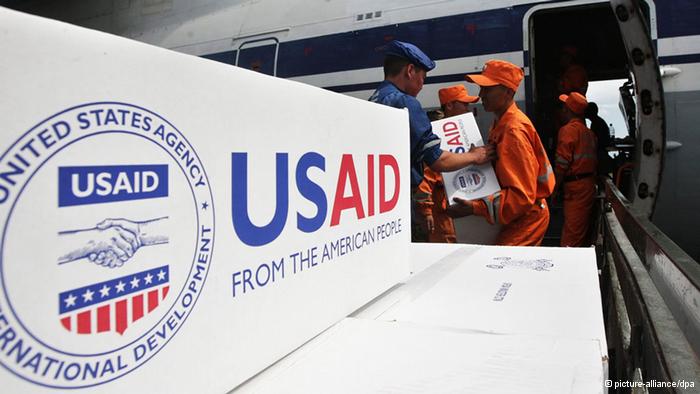 What would you do with $37 billion dollars?  With that much money, you could seemingly buy anything.  You could buy yachts, mansions, cars, 37 billion McDoubles—or you could take that money and distribute it to other nations for humanitarian and military assistance.  Though the other options seem appealing, our leaders in Washington chose the latter.  In fiscal 2013, we spent $23 billion on humanitarian assistance and international development and $14 billion on foreign military assistance for a grand total of around $37 billion.  While this figure is hardly anything in the grand scheme of the federal budget, it should still be the goal of any government to ensure that every dollar is being spent as effectively as possible.  So, then, is the money we spend on foreign aid paying dividends in other ways?

The Pew Research Center examined the attitudes of 39 nations towards the United States.  While this small sample doesn’t give us a perfect picture of how well we’re spending our money, it can at least give us an idea.  The government’s foreign assistance website shows how much money we sent to each nation in the last fiscal year.  In the last year, we gave over $4.7 billion to the five countries (Pakistan, Jordan, Palestinian Territories, Egypt, and Turkey) who, according to Pew, dislike us the most.  On the flip side, we gave over $3.8 billion to five nations (Philippines, Israel, Ghana, Senegal, and Kenya) who like America the most.  Even through this limited scope we can see that money does not necessarily buy friends?  What, then, does $37 billion buy?

One valid argument is that it’s an investment in humanity.  Among the countries with a favorable view towards the United States, good portions of them are still developing nations.  Without the humanitarian assistance and international development funds supplied by the US government, these nations would be stuck in the mud in terms of their development.  Essentially, this argument comes down to the question “What are the drawbacks of spending less than 1% of our budget on providing medicine, shelter, and other general assistance to those who need it?”

Another equally valid argument stems from the “good” friendships that we buy.  While we may not agree with everything Israel says and does, it is important to have them as an ally in that region of the world, and, at the end of the day, over 80 percent of Israel appreciates what we do for them.  It would be a bit hasty to imply causation between the $2.9 billion given to Israel and their 83 percent favorable view of us, but it certainly cannot hurt.  Israel is just one example of our investment paying off in valuable foreign relations.

However, not all investments are the same.  For every “good” friendship we buy, we seem to buy a “bad” one.  Take, for instance, the unstable nation of Egypt.  Despite the fact that we gave them over $1.6 billion in the last year, only 16% of the country has a favorable view towards America.  Likewise, we gave over $1.8 billion to Pakistan, yet only 11% of the country has a positive opinion on the United States.  On its surface, these generous foreign assistance packages may seem like a waste of the taxpayer’s money, but it goes beyond that.  It is one thing to give billions of dollars to foreign nations, but it is an entirely different thing to supply military aid to people all but despise us.  In a potential worst-case scenario, some believe that we are supplying weapons to be used against us.  If that is even a remote possibility, the anti-foreign aid argument becomes as strong as the pro-aid argument.

So how do we assess the efficiency of our foreign aid?  The pro-aid argument can be struck down through the lens of an isolationist, but that represents an extreme end of the spectrum.  The anti-aid argument can be struck down by further dissecting the views of other nations.  While Egypt may not have a favorable view of our government, they still have a more positive opinion of the United States than they do of their own country.  This holds true for many nations who possess harsh judgments towards the United States.  If both arguments are valid and invalid at the same time, how do we allocate $37 billion?  The beauty of our country is that every citizen has the right to have an opinion on how we should approach foreign aid in a way that uses every dollar as efficiently as possible.  In order to do that, Uncle Sam may have to alter the way he is currently going about business.