US Diplomacy With Iran Creates Rift With Israel 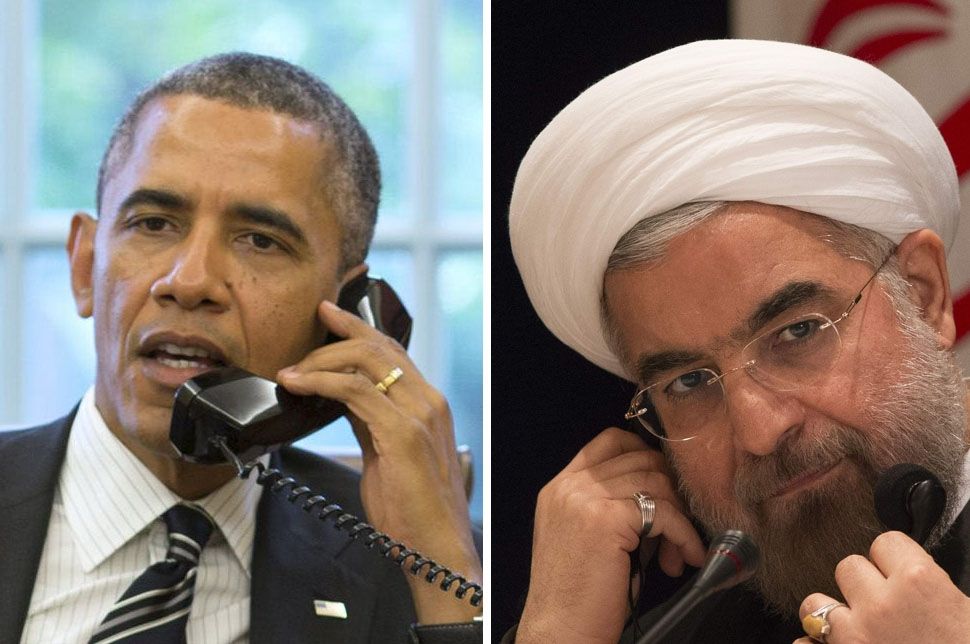 Since he became President of Iran in early August, Hassan Rouhani has pursued a more open and friendly rhetoric and foreign policy with the United States than did his predecessor, Mahmoud Ahmadinejad. Last week, Iran participated in diplomatic talks in Geneva with the US, UK, France, Germany, China, and Russia—the United Nations Security Council members and Germany—primarily regarding Iran’s nuclear program. Although Rouhani never specifically stated what prompted these talks, he was likely motivated by how much Iran’s economy has suffered due to Western economic sanctions. Sanctions are costing Iran up to $5 billion a month and Iran’s daily oil production is down by about 1 million barrels. Iran’s options are limited. Consequently, Rouhani’s hope is to have economic sanctions lifted in exchange for openness and cooperation regarding their nuclear program.

It is widely known that the US and Iran have a long and torturous relationship when it comes to diplomatic relations, and therefore, the new open diplomacy between the US and Iran is exciting, progress is complicated by one of the US’s biggest allies: Israel. An Iranian nuclear program has always been a major concern of the US, partially because of Israel, and until this fall, the US has pursued a firm, harsh policy toward Iran. While most welcome the new diplomacy with Iran, it is placing strain on the US’s relationship with Israel. According to The Washington Post, “Israel’s prime minister…called on the U.S. to step up the pressure on Iran, even as American officials hinted at the possibility of easing tough economic pressure.” Netanyahu also told his cabinet “as long as we do not see actions instead of words, the international pressure must continue to be applied and even increased.” Essentially, Iran wants a guarantee that international sanctions will be lifted if it limits uranium enrichment, which is clearly not what Israel wants. When asked about this, a senior US administrative official “simply referred to President Obama’s stated pledge that Iran has a right to a peaceful nuclear programme for power generation.” While the response was noncommittal, it was significantly more positive than anything the US has said about Iran in years.

Although the US did not officially declare its position, the statement made does not reside well with Israel, who is maintaining the hard-line approach toward Iran that the US had also pursued until now. Netanyahu wants “what most experts see as unrealistic conditions — a complete dismantlement of key nuclear facilities,” which is impossible to achieve diplomatically. A senior official in Netanyahu’s office stated Israel believes that “Until substantive steps are carried out that prove that Iran is dismantling its military nuclear program, the international community must continue with its sanctions against [Iran].” Netanyahu even threatened a unilateral strike on Iran in his speech at the United Nations, to the US’s alarm.

Due to Israel and Iran, the United States is in an interesting dilemma. Clearly negotiation with Iran regarding its nuclear program is extremely important to both sides, but the US is also bound by its preexisting ties with one of its biggest allies, Israel. Additionally, President Obama needs a victory in the Middle East for his political reputation, particularly in light of his administration’s unsatisfactory responses to the attack on the American Embassy in Benghazi, and to the recent crises in Egypt and the Syrian Civil War. The pressure on Obama to succeed is high.

Any deal that comes out of the Geneva talks will fall short of Israel’s desires. Despite the fact that Israel has expressed displeasure with the US’s recent stance toward Iran, Israel ultimately lacks the power to assert its own agenda. Though Israel may disagree with the US’s decisions, as Yoel Guzansky said, “there will always be a gap between the U.S. and Israel due to their different military capabilities and the level of threat they face.” Essentially, Israel may be disappointed, but regardless of its displeasure, it will never cut ties with the US. Though strongly allied to Israel, the US does not benefit nearly as much from the relationship—a fact that most presidents ignore. However, the Obama administration’s willingness to engage in open diplomacy with Iran may be a sign that he is willing to be more daring in his Middle Eastern policy. US-Iran diplomacy may cause a rift between the US and Israel, but the results of negotiations are out of Israel’s control. Only time will tell if they have any lasting effect on US-Israeli relations.