Republicans: Where To Take Things From Here 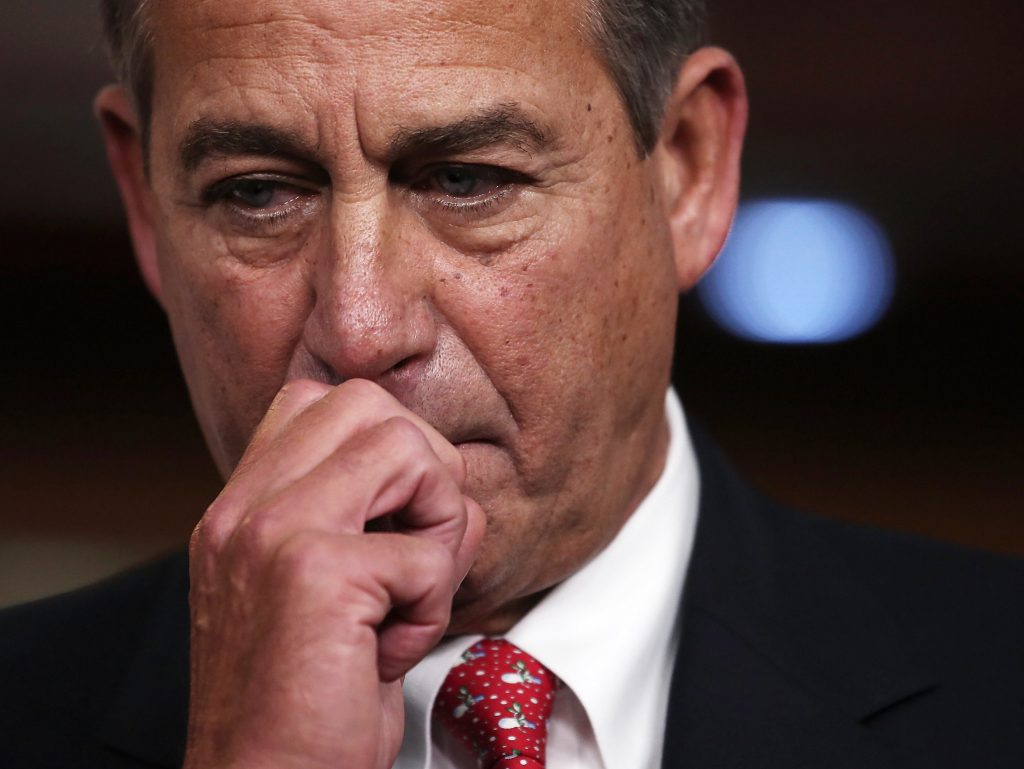 “Bad laws are the worst sort of tyranny.” – Edmund Burke

The Republican Party finds itself in a predicament. Over the past couple of years, the party has been characterized by complete impotence in national politics. Sure, there are plenty of Congressmen in Washington that are capable of making headlines, but since President Obama has been in office, Republicans have scored very few legitimate policy victories. The federal government shutdown and debt ceiling debate this past month yielded a compromise deal that contained very little of what Republicans such as Sen. Mike Lee and Sen. Ted Cruz had lobbied for as necessary parts of any agreement. After a push that they kept on repeating would be successful, the hard-line conservative faction of the GOP achieved no part of its laundry list of requirements for reopening the government, and over their protests the government was reopened and the debt ceiling was raised.

This happened because the GOP, and in particular the Tea Partiers, have developed an obsession with either preventing or rolling back any Democratic policy victories. Although some Congressmen have proposed several of their own ideas, none of these have stood a chance of actually passing both houses of Congress and being signed by President Obama. Instead, these proposed pieces of legislation have served merely as publicity stunts to boost fundraising.

The party cannot continue to run on an agenda of saying no. This is not a viable long-term electoral strategy. Even if the party was to retain control of the House, capture the Senate and White House, and repeal every major piece of recent Democratic legislation (the Affordable Care Act and the Dodd-Frank Act among others), eventually they will have to institute their own policies.

Judging by the legislation they have proposed thus far, it is unclear if they could produce any policies popular enough to last beyond their tenure in control of the government. The Affordable Care Act may be unpopular, but other Republican health care legislation has proven just as unpopular, if not more so, especially with senior citizens, a demographic with a high rate of voter turnout. Similarly, their bill that drastically reduces SNAP funding and institutes strict eligibility requirements might poll well with their vocal conservative base, but cutting the slashing funds for an extremely popular government effort to reduce hunger will not win them any fans among low-income voters, many of whom belong to growing minority demographics.

If legislation like this is the best that the GOP has to offer, then they are doomed to failure in future elections. They scored a victory in the 2010 midterms, but in politics, a single victory can never decide a war. After seeing their gains in the House and Senate begin to reverse last November, and with polls indicating that 2014 could be even worse, the Republican Party needs to make some major changes to their strategy.

To start with, the party needs to consider making changes to various components of its platform. For instance, Republicans have traditionally been staunchly opposed to gay marriage, usually on religious grounds. However, as people are becoming increasingly acceptant of gay marriage, it would be folly for Republicans to cling stubbornly to a position that is steadily losing support.

Another necessity the party needs to come to terms with is presenting a unified and cohesive front in Congress if it wants to maintain and expand its clout in the legislative process. From a policy perspective, it was fortunate that many Republicans were willing to break with their former demands and vote for a reasonably clean debt ceiling increase; however, strategically speaking, the fact that the party was so divided over the issue prevented it from achieving any of its goals, since there wasn’t a clear and consistent message about what the party wanted. In fact, the party should learn to avoid fights like the debt ceiling negotiations, since issues with that much urgency and importance are most likely to divide the party.

These are the changes that the GOP will need to grapple with in the next few years. In subsequent editions, this column will examine in more detail areas where the GOP needs to apply these changes, as well as highlight some examples of party reform that have already taken place. The Republican Party is weak now, but it has the potential to once again be given respect and admiration if it will only make an effort to reverse the self-destructive course it has been following.