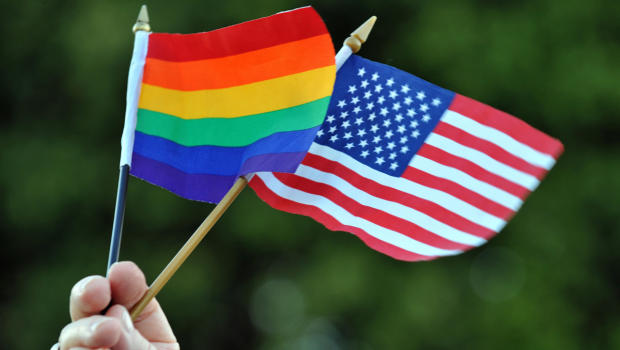 The United States Supreme Court’s decision to strike down the Defense of Marriage Act was another monumental strides to be taken towards achieving equal rights for Lesbian, Gay, Bisexual, and Transgender Americans. By ruling that same-sex couples are entitled to receive federal benefits and allowing same-sex marriage in California, the landmark decision reinforced the equal rights that gay citizens have in states where same-sex marriage is legal while implicitly disapproving of the enduring prohibition of gay marriage in other states. By calling attention to this increasingly pronounced cultural dissonance that has come to characterize the American people’s diverging views on gay marriage, the Supreme Court’s decision set the stage for individuals to challenge laws that are incompatible with its decision. As a result, this has encouraged an era of revolutionary change and eventually equality in marriage for all. Despite the creation of an optimistic atmosphere for progress, an enormous obstacle that needs to be overcome in order for this ruling to result in any sort of substantive outcome is the diverse range of political landscapes this precedent has been thrust upon. It is ultimately up to each individual state to confront the inconsistencies that exist between state law and the terms of the Court’s decision. Recent developments in our very own state of Tennessee exemplify the implications of this decision and demonstrate what it says about the evolution of the American people and their political representatives.

As of Monday, Tennessee is the most recent addition to the list of 20 states where residents have taken up court challenges on gay marriage bans. Four same-sex couples that wed in states where gay marriage is legal are suing the state of Tennessee for failing to recognize their marriage as legitimate. Sponsored by the National Center for Lesbian Rights, the lawsuit objects Tennessee’s legislation on the basis that it is discriminates against certain sexual orientations, subsequently denying gay couples their constitutionally protected rights to due process and equal protection under the law.

It goes without saying that Tennessee has a strong tradition of conservatism, so it is difficult to say how the battle for marriage equality will play out in the Volunteer State. Looking a little farther back into the status of gay rights in Tennessee, same-sex marriage was formally banned by a 1998 state law. This precedent was reiterated by 81% of voters as recently as 2006, when a constitutional amendment was passed that reinforced the idea that marriage is between a man and a woman. In March 2013, these sentiments were confirmed when Tennessee legislature unanimously approved naming August 31 Traditional Marriage Day.  It’s evident that the legislature of the state is certainly living up to its conservative nature, and one may conclude that the outlook is looking bleak for marriage equality in Tennessee.

However, the residents of Tennessee seem to be diverging from their leaders in their opinions regarding gay marriage.  A poll conducted by Vanderbilt University’s Center for the Study of Democratic Institutions indicated that a narrow majority of Tennesseeans are in favor of legally recognizing the status of gay couples through either marriage or civil unions, and an even greater majority support the ability for individuals in same-sex relationships to receive benefits for their partners from places of employment.

Perhaps the best example of these shifting sentiments is that in August, the city of Collegedale became the first place in Tennessee to offer benefits to the same-sex spouses of government employees, and just a few days ago, Knoxville became the second city in Tennessee to support this policy.

These slight shifts in public opinion in a state with a strong tradition of conservatism indicates that the Supreme Court’s decision may have come about at the optimal time to capitalize on the increasing desire for equal rights for all and finally make it a reality. The public opinion study done by Vanderbilt University indicates that the political landscape in Tennessee was shifting prior to the decision being handed down.  The concrete legal action that has taken place in Collegedale and Knoxville shows that the decision may have been the impetus to push those shifting sentiments into substantive outcomes for gay couples. Although the struggle for rights has not been and will not be easy, the four lawsuits brought about earlier this week may just be the next big push for equality in Tennessee that will have even wider ranging benefits for gay residents.