Waste Not, Want Not? The $165 Billion Question 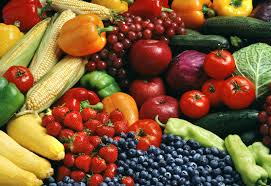 Food stamps are a popular topic in this column (recently, they were covered here and in more detail, here). Food stamps are a good choice for a column on economic policy—there’s a lot of data, they’re a social issue, and there’s a handful of economic models to explain the various welfare models. However, for all the problems posed by food stamps, there are few unique solutions. Funding and cracking down on fraud are popular solutions, but in light of the recent government shutdown, it seems unlikely the government will reach a lasting compromise on food stamps.

To take a page from the freshwater economists, consider free markets. In recent months, a slew of startups focused on food redistribution came to media attention. Ex-president of Trader Joe’s Doug Rauch takes just-expired food and turns it into cheap meals to distribute to inner city food deserts through the Daily Table. Meanwhile, in Washington D.C., Richard Gordon of Food Cowboy helped found the agency due to his past as a produce trucker. He noticed that pallets of food going to waste in the process—perhaps there was overstock, perhaps it was slightly bruised. Either way, pallets of edible food would often end up in the dumpster. Food Cowboy hopes to redistribute this surplus to charities, as well as excess from catering events and grocery stores.

The startups face huge hurdles. Truckers make deliveries late at night, and often food banks are already closed. Socially, we are obsessed with sell-by dates and convenience. In most cases, food is safe past the expiration date. As for convenience, these markets are working to change how we think about food. Arranging for leftovers to go to charities and not throwing away excess/bruised produce takes planning.

Despite the relatively small scale of these startups, they deserve more than a kneejerk “aw” response for their attempt to feed the poor. Food waste, both world-wide and in the United States, is a major policy concern. In the U.S., 40% of food produced is wasted as it moves from the farm to the table. This occurs despite high numbers of food stamp users, a bevy of tax breaks for food donations, and sky rocketing obesity rates due to poor nutritional choices. We throw out $165 billion in food each year, and show no sign of stopping.

$165 billion is a lot of trash, but in addition to the estimated monetary worth, this trash represents natural resources. A study by the Natural Resources Defense Center estimate farm to fork takes 10% of our energy budget, takes 50% of farmland, and uses 80% of our fresh water consumption. To add insult to injury, world-wide food waste produces more emissions than any country except the United States and China.

The startups face the daunting task of creating new markets to reduce the waste. In spite of the odds, there is hope they will make it. Consider Daniel Yergin’s The Prize, a book on the emergence of oil markets. Early critics doubted oil would ever find its current place in today’s economy. Our modern economy is the compilation of established and emerging markets, markets tailored to meet the pressures of the world economy and the demands of consumers. If politics cannot handle the issue of food redistribution, then the new markets may prevail and fill the gap.