Less is Not More: The Consequences of China’s One Child Policy 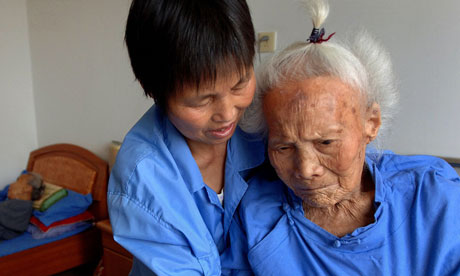 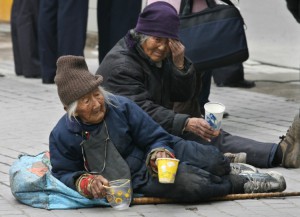 Since the economic crisis of 2008, the United States’ future role in the international community has often been viewed with doom and gloom. Talk of an end to American exceptionalism has largely been linked to China’s seemingly inevitable emergence as the premier international superpower. With their GDP growth dwarfing the United States’ and a population of over 1.3 billion, the Chinese economy seems poised for unbridled growth well into the future. With all this economic potential, it has been easy to forget that China is staring down the barrel of some serious self-inflicted demographic issues, notable among them their rapidly aging population.

It is no coincidence that China is aging so quickly; this sudden reversal is rooted in the country’s history of attempting to control population growth. In response to major famine in the 1960’s, China began a propaganda campaign in order to curb population growth, and allow its food supply to catch up to its population. By 1979, China resorted to more extreme measures, instituting a one child per family limit on its Han ethnic majority. This law slowed China’s population growth considerably while also creating a brief window in which China’s workforce was growing considerably faster than the rest of its population. Meanwhile, a low life expectancy meant that the number of old people in China grew slowly. In this way, China’s one child policy stimulated temporary, but rapid growth in its economy.

Of course, this policy also meant that once the children born immediately before its inception entered the workforce, the population would start to age rapidly due to the reduced birth rates. China has now entered that stage, and according to CNBC, the number of new entrants into China’s workforce in 2020 will be thirty percent lower than in 2010. Meanwhile, United Nations estimates assert that while around eight percent of Chinese citizens are over 65 years of age right now, over a quarter of China’s population will be in that age group by 2050. With a smaller workforce come higher production costs and an end to the cheap labor that has so long been a hallmark of China’s economy. According to IMF economists, China is rapidly approaching the Lewis Turning Point, which refers to the point at which a developing nation’s workforce becomes completely developed. When this happens, labor costs begin to rise, slowing economic growth. While it would have reached this point eventually anyways, China’s aging population has sped up the process.

Although the concerns over a shrinking workforce are important, they are not the only problem aging has caused for China. A generation of Chinese is growing old without adequate care due to the major demographic changes. Confucian tradition states that children are responsible for their parents care later in life, yet with China’s one child policy, many of the elderly do not have enough descendants to care for them, financially or physically. According to a study by the China Health and Retirement Longitudinal Study, one-fourth of Chinese seniors live under the poverty line, while one in three are considered to be in “poor health.” These unsupported seniors look poised to tie up social services, and they will only become more and more numerous as the years go on.

In light of these issues, China must reevaluate its population control measures. Its one child policy is at the root of these issues and further unchecked population growth is not a reasonable alternative. There is little doubt that the policy must at least be reformed, as deep flaws have made waves in the international press. Critics contend that the policy creates an environment in which parents will go to great, often immoral, lengths to ensure that their one child is male, as it is in their societal and economic interests. Moreover, the law has been linked with human rights abuses including, but not limited to, forced abortions and sterilizations.

Even if China were to abolish the policy today, scholars suggest that its birthrate would not climb all that significantly. Even if it did, it would take a full sixteen years for these children to begin entering the workforce. There is no easy fix for China when it comes to this demographic quagmire. Though it seems unlikely to derail their economy, it does serve as an indication that maybe all this talk of an inevitably dominant China has been a bit premature.