Electing out of Political Polarization 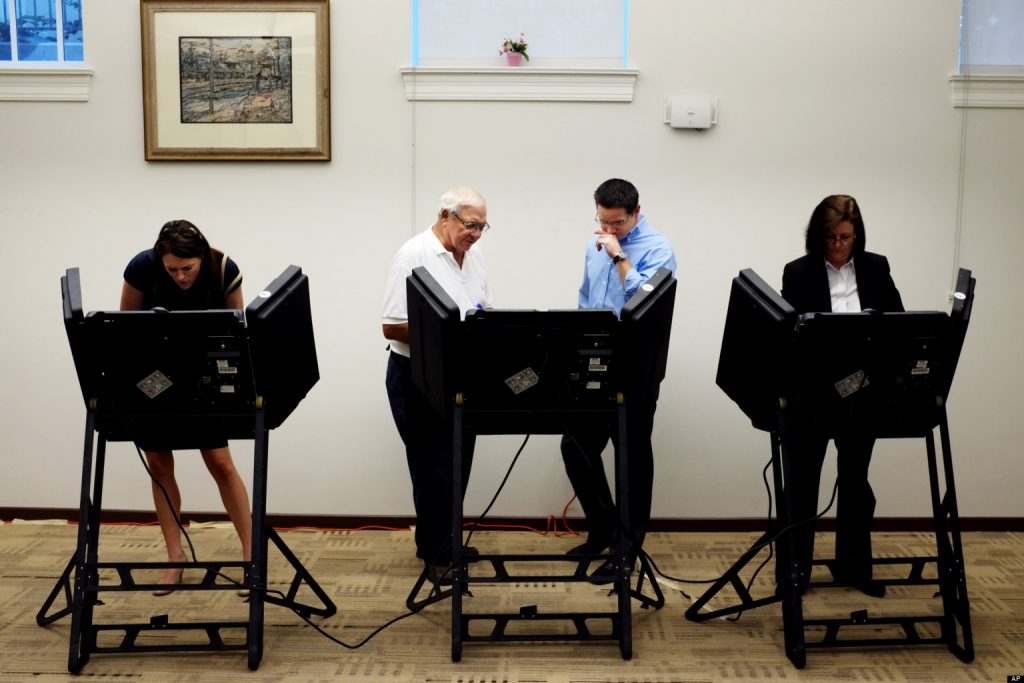 Partisan polarization between the two Republican and Democratic Party has never been higher. This polarization has manifested itself in the form of deadline jousts, near Default, the formation of the Tea Party, and increased gerrymandering.  To combat this polarization and move partisanship towards the middle, it has been suggested to implement instant runoff voting (IRV), a system of voting that takes into account a voter’s preferences elect a candidate with majority support. While instant runoff voting looks like a promising solution, it has its theoretical and practical downfalls.

By surveying voters for their preferences, IRV voting takes is able to consider the gradation of voter’s opinions. In addition, it amplifies the voices of moderate and independent voters by reducing the possibility of the “spoiler effect”, when a weak candidate steals votes from a stronger candidate who would have won the election if the weak candidate had not run. Thus people running for office have to moderate their messages and platforms to appeal to wider portions of the electorate. Furthermore, under an IRV system, as any support is much better than no support, elected representatives would be held more accountable to the quietest voices of their constituents The net effect of this change would lead to more moderate platforms, elected officials, and eventually political parties.

Despite its theoretical promises, Instant Runoff Voting has proved less promising in practice. While some US cities such as San Francisco and Minneapolis have used it with success, other cities such as Burlington and Aspen have not. Burlington and Aspen dropped the IRV system in response to voter confusion. Additionally, in Oakland’s 2010 Mayoral Race, some voters expressed caustic criticism as the initial first choice leader lost the election (although this is legitimate outcome of an IRV system).

Decidedly, expanding the Instant Runoff System to larger elections, such as Congressional and Presidential Elections, would only exacerbate and create additional problems. All members of Congress and the President rely heavily on mandates from their constituents.  Because ranked-choice voting can elect officials without an overall majority, these elected officials lack the definitive majority mandate given under today’s Plurality system. In comparison, under an IRV system officials would be given a weaker, preferential mandate. This would weaken the powers of the President and delegitimize Congressional and Presidential decisions.

However, the most fatal flaw of the IRV system is the system itself. By adapting taking into account preferences, IRV makes itself vulnerable to odd behavior and the producing of seemingly contradictory and unintuitive outcomes.  For example, an odd result could be the losing of a candidate who is preferred comparatively to all other candidates. The possibility of these odd results increases when there are more than two strong candidates. In Oakland’s 2010 Mayoral election three candidates received at least 20% of the first choice votes each.  The ultimate winner of the race Jean Quan received only 25% of these initial votes in comparison to Don Perata who won 34% of the initial first choice votes. Perhaps what is most confusing is that Perata led the first eight rounds of runoffs before losing to Quan in the ninth round by two percentage points.

In theory, Instant Runoff Voting is a potential step towards ameliorating today’s political polarization from a bottom-up method. However, in practice and in theory it is limited in its ability to appease the electorate, to legitimize political leadership, and to produce coherent results.

* Matt Smedberg’s Undergraduate Seminar on Voting Systems and Math inspired the writing of this article.