The Trouble With Elections 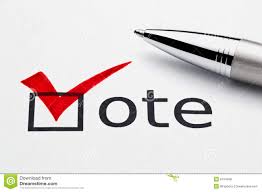 It’s easy to find institutions in politics that are broken. This column strives to do something more difficult: find ways to fix them. Each month, I will tackle a new issue, and in a series of columns, I will lay out possible solutions.”

Welcome to the November edition of Mr. Fix It. This month, we will be taking a look at something that affects every decision made in the public sphere: elections. While we can all be thankful that our electoral system is one of the best in the world, it is clear that problems still remain. Our elections are systemically broken, and it will take a major political culture change to fix them. Three things above all else plague our elections: strict voter ID laws, the length and tone of the campaigns, and the role money plays in our elections. In this article, I’ll lowlight an instance where each of these issues had an effect on recent elections. Throughout the month, I’ll devote a column to each issue in order to provide more detail, and hopefully, a solution.

Since the 2010 elections, state legislatures across the country have passed stricter voter identification requirements to combat a perceived rash of voter fraud. Even though shark attacks are more common than voter fraud in the most beleaguered state for elections in the 21st century, ID laws keep getting strengthened…and they keep having (un)intended consequences. For example, in Texas, the presumed Democratic candidate for Governor next year, Wendy Davis, was required to sign an affidavit stating that she was indeed herself. All this because her name was slightly mismatched on a driver’s license and voter identification. Admittedly, it didn’t preclude her from voting, but the problem may loom larger for other people. The risk of excluding legitimate voters looms larger than the risk of illegitimate voter fraud.

Campaigning seems to have become the job of politicians. Chris Christie and Hilary Clinton are considered as the front-runners for the 2016 Presidential elections. Christie took the opportunity to launch his Presidential bid during his acceptance speech for his gubernatorial election victory. Clinton has had a SuperPAC, Ready For Hilary, supporting her candidacy for months. The elongation of campaign season draws people’s focus away from the present political situation. Constituents, candidates, and sitting Representatives are constantly looking forward, and that impairs our present situations.

What does the name Sheldon Adelson remind you of? It should be a reminder of all that is bad in our electoral system. Newt Gingrich’s presidential run was nearly singlehandedly bankrolled by Adelson. Without the nearly $17,000,000 that Adelson donated, Gingrich’s campaign would have folded much earlier in the 2012 Republican primary. Who knows how Gingrich’s presence for months more than the American public supported him affected the Republican race? Was he taking votes and dollars away from Santorum or Huntsman? Did he weaken Romney’s general election bid by making the primary even more fractious and divided than it needed to be? The presence of a candidate propped up nearly singlehandedly by a billionaire likely had vast, unseen effects on the 2012 Presidential election.

“A politician thinks of the next election. A statesman, of the next generation.” –James Freeman. Our electoral system is great at creating politicians but terrible at protecting statesman. It is a broken institution, and this month, we will take a look at how to fix it.

Come back next week for a column on the effects of strict voter ID laws.