The 3 AM Phone Call 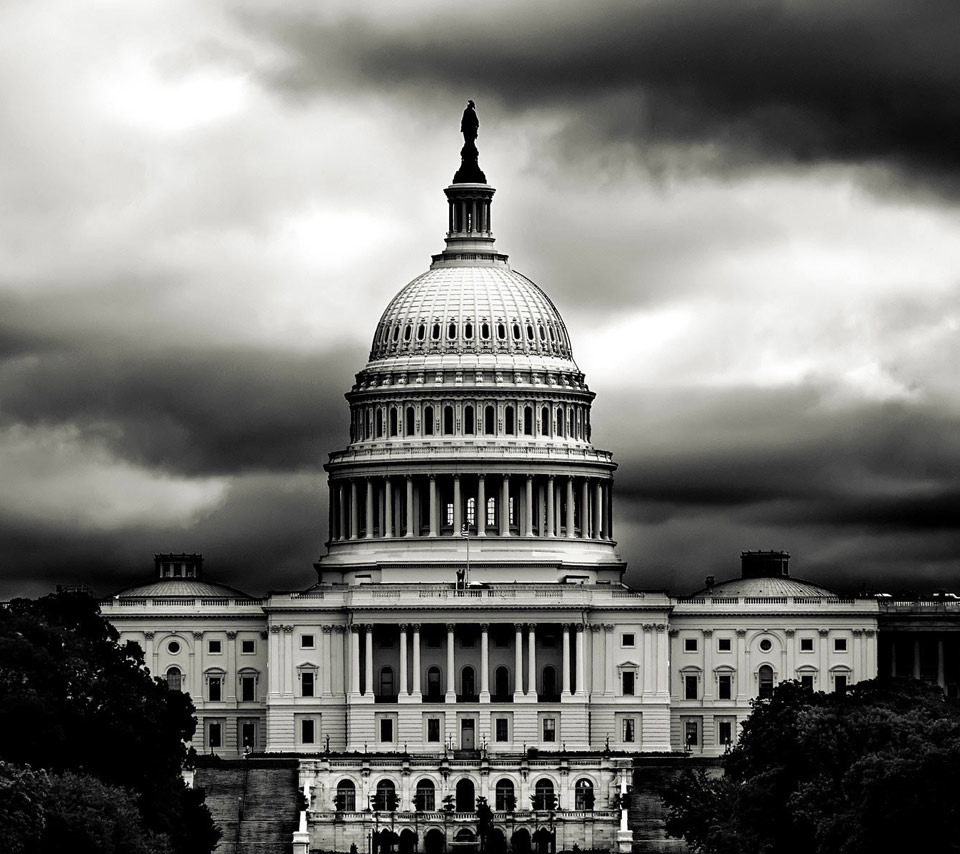 This essay, authored by Christian Talley ’16, was the cover story of the Fall 2013 print issue.

On September 4, 2012, former President Jimmy Carter addressed the Democratic National Convention in a pre-recorded, four-minute video. After extolling Obama’s first term and urging his re-election, Carter declared, “overseas, President Obama has restored the reputation of the United States within the world community. Dialogue and collaboration are once again possible with the return of a spirit of trust and goodwill to our foreign policy.”

Seven days later, America’s ambassador to a “liberated” Libya lay dead. J. Christopher Stevens had asphyxiated on the fumes of his burning embassy as Libyan terrorists overran a perimeter the State Department had theretofore insisted was secure. He was the first Ambassador to be murdered in the line of duty since 1979 — when the President was the DNC’s speaker, Jimmy Carter. Perhaps in this sense Carter is an experienced authority on issues of foreign policy: his diplomatic disasters in Afghanistan (the death of Ambassador Adolph Dubs) and more infamously, in the Iran hostage crisis, would prove his political coup de grâce.

This essay argues that there are distinct, but often overlooked, historical parallels between the foreign policy debacles of Presidents Obama and Carter. Comparing Stevens’ death to the Carter administration’s failure in the Iran Hostage Crisis reveals two important points. First, that both crises were the foreseeable results of naïve foreign policy. Second, that while Carter was genuinely willing to risk his career to rectify the failure, Obama and his supporters have consistently deflected responsibility regarding Benghazi.

On February 14, 1979, Jimmy Carter faced an unfolding catastrophe. Hours before departing on “a crucial diplomatic trip” to Mexico, he received word at 11:15 PM that “unidentified” men had kidnapped Adolph Dubs, the U.S. ambassador to Afghanistan. At 2:15 AM, the State Department received another call not from Afghanistan but – surprisingly – from the U.S. embassy in Iran; hundreds of heavily armed “revolutionaries” had stormed the compound. While Carter and Secretary of State Cyrus Vance monitored the situation in Iran, another call came at 3:20 AM confirming Dubs’ death. In Tehran, Danish and British diplomats pleaded with Ayatollah Khomeini to order the protestors to stand down – which, by 6AM, they finally did.

After this nerve-racking night, the Carter administration began a bungled evaluation of the US’s global security. Dub’s death – perpetrated by Soviet-supported Afghan Maoists – was a tragedy, but was also hard to foresee and irreversible. The more appalling reality, however, is that the events in Tehran proved to be a full dress rehearsal of the 444-day Iran hostage crisis that was to occur later that year, yet the Carter administration did not substantially implement preventative measures. After February 14, Jimmy Carter could not feasibly claim ignorance of mass resentment towards America’s presence in Iran, nor to foreign enemies’ willingness to target diplomats. Iranians plainly abhorred the United States’ 1953 overthrow of their democratically elected Prime Minister, as well as Carter’s decision to admit Shah Pahlavi for American surgery out of “humanitarian principle” rather than to deport him to Iran. Clearly, Iranians were prepared to assault the American embassy to vent these grievances.

Despite the aborted February raid, Carter and his administration remained astonishingly ignorant of the situation on the ground in Iran. Carter neither withdrew all American diplomats nor doubled down on security. Reportedly, Vice-President Walter Mondale asked CIA director Stansfield Turner, “what the hell is an Ayatollah anyway?” to which Turner replied that he himself was not sure.

Similar situational ignorance permeated the Obama administration leading up to the September 11th, 2012 attack on the Libyan embassy. It is not a mere exercise in hindsight to assert that the attack was foreseeable and preventable. The State Department has acknowledged ignoring multiple fervent requests for increased security at the compound. Like Carter, Obama neither doubled down on security nor withdrew diplomats. The administration then systematically propagated the fiction that the attack had spontaneously erupted from protests over an anti-Islam video. If there were any questions remaining, J. Christopher Stevens’ last known communication was “Benghazi under fire, terrorist attack.”

These facts are important insofar as they demonstrate the administration’s ineptitude surrounding Benghazi. Placing an ambassador in Libya’s anarchic crucible and then systematically denying his requests for additional security were terrible, preventable decisions. These decisions, however, were part of a more fundamental and disturbing handling of Libya: a year and a half earlier, the Obama administration launched 110 cruise missiles into a country where huge factions of Islamist militants were well-positioned to take control. How can this be considered a legitimate foreign policy? What chain of scenario-building justified such a scheme?

It is all too apparent from the operation that the Obama administration simply did not scenario-build in Libya. Instead, it slapped the hopeful name “Odyssey Dawn” on an operation in a hopeful ‘movement,’ the “Arab Spring,” and then shot off its rockets in an attempt to hit Gaddafi and – in the resulting shockwave – propel some humanitarian democrat into control.

Afterwards, when Obama declared to the United Nations that Americans “stood with” the “peaceful” Libyans in casting off the tyrant Gaddafi, to which Libyans was he referring? The gun-toting barbarians flogging Gaddafi’s pulped body in the streets? This image clearly portended the security situation unfolding in Libya after the “revolution.” Indeed, according to a recent analysis by Daniel Wagner and Giorgio Cafiero of RealClearPolitics, “it would be an understatement to say that the National Transition Council (NTC) has failed to govern Libya effectively since the fall of Gaddafi. The majority of territory outside Tripoli has fallen under the control of armed militias that have refused to disarm.” These conditions were very apparent at the time – yet Obama, like Carter before him, took no meaningful preventative action.

Although Carter and Obama share similar failures in foreign policy, their administrations’ reactions to their respective crises uncovered very different priorities of character. Despite Carter knowing that the Iran Hostage Crisis would destroy his political career, he worked obsessively to secure the hostages’ release and did not attempt to deflect responsibility. He was still directing negotiations fifteen minutes before Ronald Reagan assumed office – up until the First Lady forced him to shave and change clothing in order to greet the new President. Despite the myth that the hostages were released simply as a result of Reagan’s victory, it was actually the Algiers Accord that secured the hostages’ release. Carter and his special negotiator Warren Christopher had worked tirelessly on the deal and as a result, as Reagan was lunching after his inauguration, Carter and Christopher received confirmation from Tehran that the hostages had lifted off.

In contrast to Carter, the Obama administration’s prime concern was deflection. Hillary Clinton tried to wash her hands of the murder by claiming that such trivial matters as ambassadorial security end up lost in the bureaucracy. Carter could have employed the same defense but had the moral scruple to accept responsibility as the Commander-in-Chief. Clinton superciliously commented, “the fact is we had four dead Americans. Was it because of a protest or was it because of guys out for a walk one night who decided they’d go kill some Americans? What difference at this point does it make?” Her words suggest analyzing the root causes of anti-Americanism to be an irrelevant distraction — the same position taken by the Carter administration leading up to the hostage crisis. With Obama up for re-election in November and Clinton a likely candidate in 2016, neither initially appeared on television to discuss the anti-Islam video; rather, the Administration coldly offered Susan Rice.

In 1979, the public and media had followed Carter’s lead and regarded the hostage crisis with notable gravitas. Americans perceived the crisis as a pivotal demonstration of executive weakness and ineptitude. The news program Nightline was founded with the explicit purpose of telling the American public every night exactly how many days the hostages had been trapped in Iran. The news media relentlessly pounded Carter and as a result, he suffered mightily in the 1980 election.  Coverage of Benghazi, however, mirrored the dismissive reaction of the Obama administration. The national discussion did not revolve around the fundamental problems with Obama’s Libya strategy. Instead, it was sidetracked with mindless debates about whether Susan Rice was attacked for being black (as opposed to abjectly incompetent), the meaningless claim that holding Clinton responsible for Benghazi was, according to CNN, political “mad-dogging,” and so on.

Obama apparently took no lesson from the Benghazi episode on the limits of U.S. power. In September 2013, it became a “moral necessity” for the United States to intervene in Syria, despite military analysts concurring that there was no good option. Ignoring Benghazi, Obama supported intervening on behalf of Syrian rebels openly affiliated with Al Qaeda and flagrantly brutal toward civilians. This attempt at war was a plain continuation of the same failed strategic thinking that created the conditions for Stevens’ death.

There have been many worse foreign policy failures in American history than those discussed – notably, the wars in Vietnam and Iraq conducted by these Presidents’ predecessors. This tu quoque defense, however, is morally hollow when dealing in preventable tragedy. There is also the defense that “hindsight is 20/20,” but this logic would only apply if these attacks were shocking and seemingly ex nihilo. With regard to Iran and Benghazi, thoughtful observers must draw a line in the sand when shown the evidence that both events were foreseeable, preventable, and tragic cogs in much larger foreign policies of naïveté and incompetence.