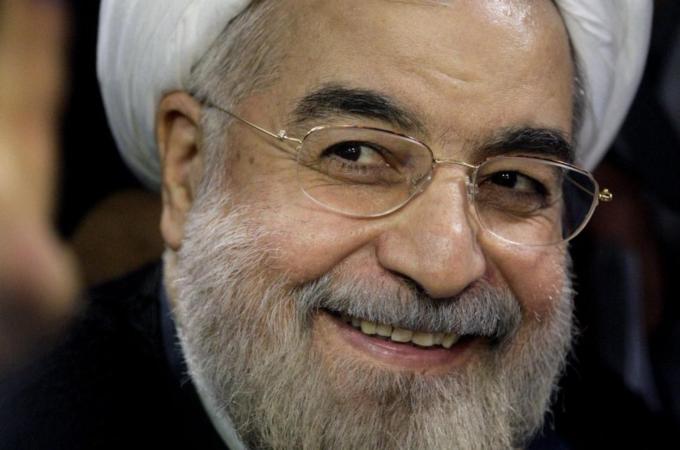 This piece, authored by Emily Stewart ’16, appeared in the Fall 2013 print issue.

Despite its brevity, the phone call that took place on September 27th between President Barack Obama and President Hassan Rouhani of Iran was a landmark event. The phone call renewed direct contact between leaders in the two nations, ending the three decades-long communication hiatus between the two nations’ leadership sparked by the Iranian Revolution. Now the pressing question is whether or not President Rouhani’s declared moderate attitudes will translate into reconciliation with the West. While relations between the United States and Iran have markedly improved merely by reestablishment of contact, the presence of Rouhani in the Iranian presidency is unlikely to quell Iranian resistance to the goals of American foreign policy.

Certainly, the wave of praise for President Hassan Rouhani and his more liberal attitude toward the West have inspired hope that U.S.-Iranian relations will thaw. Nonetheless, while “democratically” elected, Rouhani has been vetted by a deeply rooted ruling tradition in Iran: the Guardian Council. The list of handpicked candidates that appeared on the June ballot passed the inspection of the unelected body run by Supreme Leader Ayatollah Ali Khamenei. While Rouhani may publicly voice a new course for Iran, the prevailing leadership holding the real power remains unchanged. In fact, according to Iranian politician Ali Shakouri-Rad, “the very fact he [Rouhani] is elected shows that he is very much accepted by our establishment.” Supreme Leader Ayatollah Ali Khamenei has, on occasion, voiced support for bridging existing animosities between Iran and the United States. The Ayatollah has also, however, labeled the American government as “untrustworthy, arrogant and irrational,” and the deputy foreign minister, Abbas Araghchi, has said, “we never trust America 100 percent.” Comments by leaders in the Iranian government call for caution in the assumption that a moderate in the presidency will signal radical change in Iranian foreign policy.

Ayatollah Khamenei’s harsh comments provide evidence of a tradition of conservatism and anti-American sentiment in Iran, suggesting that drastic foreign policy changes are not likely simply due to the election of moderate President Rouhani. The less extreme tones of President Rouhani from those of his predecessor, however, provide a sense of optimism. Nonetheless, the U.S. should not interpret diplomatic gestures as Iranian acquiescence to American foreign policy. The need to appease the existence of hard-liners in the Iranian government will prevent immediate gratification to President Obama on, for example, the nuclear issue. At face value, the silence in direct relations is over. The mere willingness of President Rouhani to speak with President Obama is an improvement in U.S.-Iranian relations. Until the hard-liners are no longer a force to be reckoned with and the issue of nuclear enrichment has been settled, however, the Iranian government is unlikely to put an end to tensions with the West, even under the leadership of moderate President Rouhani.