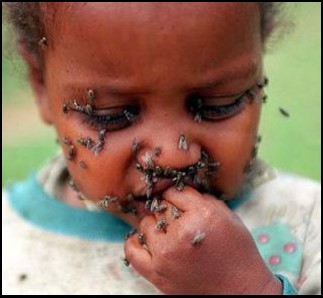 This essay, authored by Michael Zoorob ’16, appeared in the Fall 2013 print issue.

Almost all of the most impoverished billion human beings suffer from at least one infectious disease. A cluster of thirty diseases – collectively known as neglected tropical diseases – afflicts 1.4 billion people, more than one-sixth of the global population. According to USAID, neglected tropical diseases tend to be concentrated in “the world’s most vulnerable populations, almost exclusively poor and powerless people living in rural areas and urban slums of low-income countries,” though there is increasing documentation of their prevalence among marginalized populations in the developed world, such as urban African-Americans in the southern United States. These diseases cripple, disfigure, and scar their victims, often leaving them subject to lifelong stigmatization or severely impairing their cognitive and economic potential. The result is a poverty trap: due to deficient sanitation, little access to health care, and proximity to conflict, the world’s “bottom billion” are particularly vulnerable to neglected tropical diseases; these diseases, in turn, deprive their victims of the ability to improve their position. As victims of these diseases tend to be poor, uneducated, and politically disenfranchised, neglected tropical diseases have garnered relatively little attention from medical authorities in the developed world.

Unlike malaria or HIV/AIDS, the names of these diseases may be unfamiliar but their prevalence and destruction are staggering. According to the Population Research Bureau, “roundworm (ascariasis) affects 807 million people worldwide; whipworm (trichuriasis) affects 604 million; and hookworm affects 576 million. The four other most common NTDs include schis­tosomiasis (snail fever), affecting about 200 million people; lymphatic filariasis (elephantiasis), which affects 120 million people; blinding trachoma, affecting more than 80 million people; and oncho­cerciasis (river blindness), which affects almost 40 million people.”  Combined, due to their chronic nature and the enormous disability they create, neglected tropical diseases may shave off as many disability-adjusted life years (a standard measurement of the cost of illness) as malaria.

These neglected tropical diseases share several characteristics in transmission, age, and, of course, neglect. Several are caused by helminths—worms or flukes—and others by protozoa, bacteria, fungi, or viruses. A few can pass directly from person to person; others are transmitted by the bites of insects or through contaminated soil or water. Another shared characteristic of these diseases is the role of conflict as a catalyst for their transmission. Many hotbeds of neglected tropical diseases, such as the Congo, are also rife with military conflict, which tends to degrade sanitation, health care, and housing conditions, as well as lead to mass-migrations which spread diseases.  The recent conflict in Syria has promulgated the outbreak of the neglected tropical disease gastroentitis, a flesh-eating bacteria sometimes known as the Aleppo Evil.

Although sometimes deadly in their own right, neglected tropical diseases mostly cause chronic disability, including blindness. Several disfigure and stigmatize sufferers. Trachoma, for example, causes swelling of the eye, corneal scar­ring, and eventually, permanent blindness. Schistosomiasis leads to painful, bloody urination, bloody diarrhea, enlargement of the liver and spleen, and liver cancer. Lymphatic filariasis is well-known for the profound swelling it can cause of the extremities. Oncho­cerciasis leads to skin problems and can also lead to blindness. The helminthic infections also generally cause abdomi­nal pain, loss of appetite, malnutrition, diarrhea, and anemia.  The rashes, scars, and swelling of limbs which are symptomatic of neglected tropical diseases often cause the ostracization of victims and discourage treatment-seeking. Neglected tropical diseases also exacerbate the deleterious effects of other diseases, such as HIV and malaria. Female genital schistosomiasis infection causes lesions which increases the risk of HIV transmission threefold, for example. Co-infection of hookworm and malaria, a common occurrence in Sub-Saharan Africa, can lead to severe anemia. Anemia is especially acute for pregnant women, who are three and a half times more likely to die during childbirth than pregnant women who are not anemic. This risk is especially significant for pregnant women in sub-Saharan Africa—a quarter to a third of them are infected with hookworm. Pregnant women infected with hookworm are also more likely to birth low-birth weight babies and babies with cognitive and developmental problems.

What’s more, neglected tropical diseases strike early on in life, inhibiting children from realizing their full potential. As the World Health Organization reports, “[c]hildren are the most vulnerable to these diseases, which kill, impair or permanently disable millions of people every year, often resulting in life-long physical pain and social stigmatization.” For example, three-quarters of school-aged children in Rwanda suffer from a worm-transmitted infection. Studies have attributed childhood infection with neglected tropical diseases to increased school absenteeism, significant cognitive deficits, reduced lifetime wages, and decreased literacy. In fact, hookworm has been shown to reduce future wage earning capacity in some affected areas by up to 43 percent. Neglected tropical diseases thus create a poverty trap among the world’s poorest; as one author explained, one “reason the poorest of the poor are trapped in poverty is because the NTDs block their ability to achieve their full mental and physical capacity and live a normal life.”

Interestingly, neglected tropical diseases are also endemic among marginalized populations in the developed world. The Public Library of Science writes, “wherever poverty is pervasive, even in otherwise wealthy countries such as the United States, some important parasitic and other infections are endemic, and they cause significant adverse effects on maternal and child health.”  Cysticercosis, dengue, and Chagas disease are now widespread in the U.S. among impoverished Hispanic populations; in some cases these NTDs are as prevalent in the United States as in poor regions of Latin America.  The prevalence rate of toxocariasis, a parasitic worm infection linked to asthma and epilepsy, was recently estimated among African-Americans nationally at 21%, compared with a prevalence of 30% in Plateau State, Nigeria. Though migration and globalization may have played an initial role in the emergence of these diseases in the United States, there is now strong evidence for the transmission of these parasitic diseases within U.S. borders. Neglected tropical diseases have also been documented among marginalized populations in Canada, Europe, Australia, and New Zealand.

Both in the United States and worldwide, “the enormous impact of NTDs and NIoPs [neglected infections of poverty] on global health and economics is dramatically disproportionate to the existence of NTD/NIoP-specific research and educational opportunities,” reports the Baylor College of Medicine. USAID and the World Health Organization, among other actors, have started to direct some attention towards the problem, funding deworming efforts and the development of vaccines for some NTDs. For most of the world’s bottom billion, almost all of whom are currently infected by a disease which will cause significant disability, these measures may be little consolation.