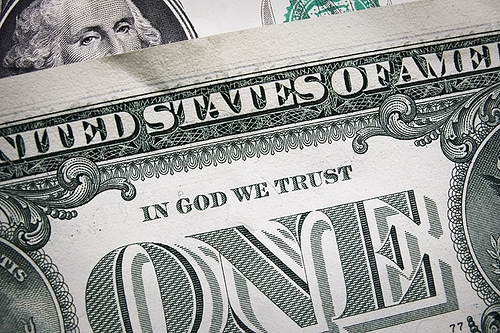 David M. Walker, the Comptroller General of the United States from 1998 to 2008, stopped by campus this week to talk about the U.S. debt. His talk follows on the tails of The Can Kick Back’s college tour. TCKB, an organization formed by millennials with a focus on tackling the debt now for the sake of future generations, served as a good lead into the Walker event. Walker has partnered with the organization before (and if you aren’t burned out of Harlem Shake videos, I suggest you follow the link).

That’s two large debt events in recent campus history. Indirectly related to these events, the recent rise in libertarianism (culminating in the Tennessee Regional Conference held at Vanderbilt) helps illustrate the trend: we need to talk about the long run effects of fiscal policy, and young people have the biggest stakes in this discussion.

As Walker pointed out in his talk, we need to fix American institutions. Our tax code is complicated and outdated, and needs to be simplified and adjusted for the modern economy. Americans are living longer, which needs to be addressed in Social Security and healthcare reforms. Changes to these systems will affect youth today. They will likely face higher tax rates and retirement ages than their parents, but the sooner these changes are phased into the system, the less jarring they will be in the long run.

Herein lies the rub—how do we measure and plan for the long run? In economics, the “long run” is an arbitrary length of time referring to a period long enough for all factors to be mobile. The long run equilibrium is the result of a waterfall of personal and policy decisions. First A, then B. B, then C. C affects D, then A again. Eventually, the system stabilizes. Depending on the hypothetical assumptions and nature of the model, economists can then count the winners and losers.

In politics, the “long run” has disappeared. With the creation of career politicians, the short term limits have eroded long run decision making. The next election is always around the corner, and it’s important to please constituents. Thus, political decisions favor short run gains and political rhetoric.

If accounting numbers could be swayed by political ideologies, the sheer amount of conviction on Capitol Hill would erase the debt crisis. As it is, they can’t. They’re numbers and numbers don’t have feelings. Solutions to the numbers game of the debt will rely on hard data, and they will not fall neatly on party lines.

You don’t have to agree with all of Walker’s policy suggestions (I know I don’t), or subscribe to the fanaticism of The Can Kicks Back. However, they bring the necessary debate to the table. The lasting effect of the debate needs to be discussed, policy needs to be researched, and politics need to be left at the door. We’re planning for our future, not just the next four to six years.