Why the Iranian Nuclear Deal Leaves Much to Be Desired 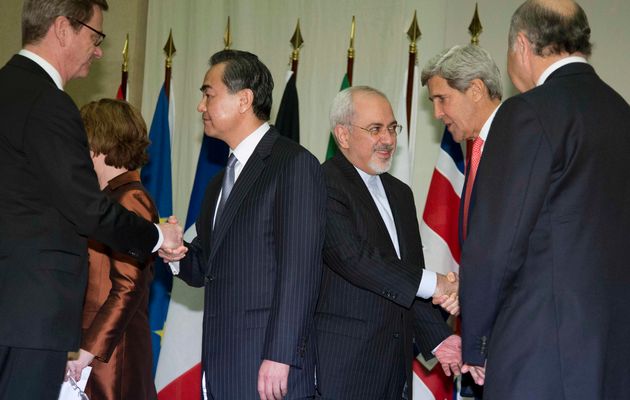 The P5+1 nations’ nuclear deal with Iran, struck on November 23, leaves much to be desired. The deal has successfully delayed the ticking time bomb that is Iran’s nuclear program, but it has done little to solve the issue of a nuclear Iran. Iran has gained substantial concessions on sanctions in return for modest, potentially reversible constraints on its nuclear program. Instead of taking a hard line on the program, the U.S. has approved a weak alternative that allows Iran to claim that the world recognizes its rights to develop nuclear energy. This has not been, nor should be, the approach of the most powerful nation on earth. Demonstrating that America is willing to change its long-term policies (such as enforcing sanctions) regarding hostile nuclear programs for modest gains damages its bargaining capabilities in future negotiations with Iran and other nations.

Regarding the deal itself, Iran will preserve substantial parts of its nuclear program, which could still produce a nuclear weapon. Moreover, it will gain valuable assets through the lifting of sanctions and the official recognition of its ‘civilian’ nuclear program as legitimate. America has seemingly agreed to trust that Iran has turned over a new leaf, at least to a degree, despite an overwhelming history of anti-American and anti-Israeli sentiment, including remarks advocating for the annihilation of the Israeli people and the defeat of the “Great Satan, America.”

Due to this history, Iran cannot be trusted with nuclear capabilities at this moment. Western officials have commented that “if it chose to rapidly produce weapons-grade material, Iran [would] need weeks to months longer than it would need without the interim agreement. With less higher-enriched uranium, fewer centrifuges and more inspectors, international powers would have more time and wherewithal to spot a ‘breakout’ attempt.” But, America’s hopes cannot rest on slowing down the Iranian nuclear program so that it can spot a nuclear breakout. The U.S. cannot always be so vigilant, year after year. Iran’s nuclear program should be eliminated, or else Iran will constantly threaten the security of America and its allies.

That is not to say that slowing Iran’s program and giving the U.S. more time to spot a breakout is disadvantageous or worthless—quite the contrary. Nevertheless, the deal comes at too great a price, offering too much for small gains that will not encourage Iran to terminate its nuclear program in future negotiations. The U.S. and other nations will have to remain constantly vigilant under the deal, while Iran gains substantial income from the easing of sanctions and can continue to improve its ‘civilian’ nuclear program with the world’s tacit consent.

U.S. lawmakers and key American allies, most notably Israel, have continued to emphasize that “Iran will only abandon its nuclear program if international pressure is increased.” Indeed, slowing the Iranian nuclear program by a matter of months and reducing international pressure will not lead to a non-nuclear Iran. More importantly, in a matter of months Iran could still develop a nuclear weapon, as the nation possesses 19,000 centrifuge machines that produce nuclear fuel and could be used to make a bomb. The deal does successfully lengthen the breakout time (how long it would take Iran to produce sufficient highly-enriched uranium for one atomic bomb) from at least 1-1.6 months to at least 1.9-2.2 months if the Iranians used all their installed centrifuges. This is clearly an important improvement. Nevertheless, the deal still allows Iran to possess the technology to develop a nuclear weapon in about two months, should further negotiations stall. Thus, it has only delayed the possibility of Iran developing a nuclear weapon.

Moreover, the deal gives Iran relief of around 6 to 7 billion dollars from reduced sanctions, making America look indecisive. In recent years, the U.S. has cajoled other nations into supporting its sanctions program, yet now the government will remove some sanctions on Iran, reducing the pressure built up over the course of years. Reducing the pressure on Iran will not only discourage it to dismantle its entire nuclear program in future negotiations, but it will also make international efforts like sanctions more difficult to enforce among allies.

Consequently, the nuclear deal with Iran emboldens and encourages the nation to press the U.S. and the other P5+1 countries for unwarranted benefits in future negotiations. America should obviously encourage positive dialogue with Iran. However, giving in to Iranian demands for unexceptional progress threatens America’s image as a world power and deeply disturbs allies who would be directly affected by a nuclear Iran. There is still a great deal of negotiating to do with the country, and America should hesitate to give away too much too rapidly in these early stages of negotiation. The U.S. should give away concessions, but given its history, Iran must earn them first.