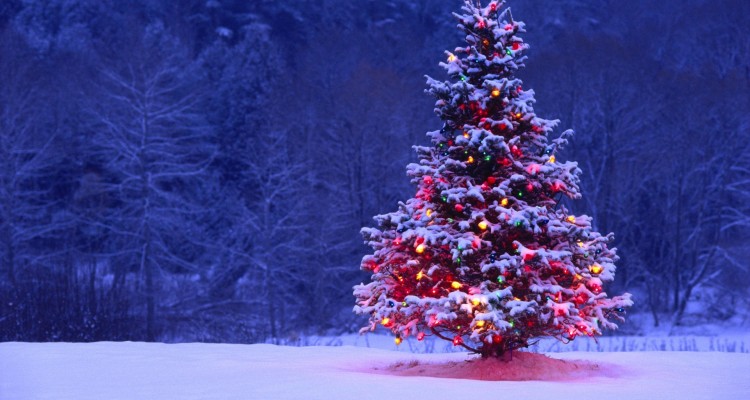 One nation, under God, indivisible, with liberty, and justice for all who try to undermine the origin of holidays rooted in religion.  If that were part of the Pledge of Allegiance of the United States, perhaps justice would rear back its strong fist and silence those who seek to secularize religious holidays.  However, that is not the wording that millions of Americans recite daily.  Clearly including these words to our Pledge of Allegiance is a preposterous thought, but it still bears concern that many folks in America believe  religious celebrations ought to be commercialized and secularized.

With Christmas upon us, the saliency of this issue grows.  Contrary to the present day portrayal, Christmas is not a day for people to wish for snow, sing “Jingle Bells” and receive presents—provided they behaved all year and did not end up on the “naughty list.”  Those things are great, and Christians will be the first to admit as much; but the fact of the matter remains that Christmas is a celebration in the Christian faith of the birth of Jesus Christ.

This is not to say that there is not room for secular traditions in religious holidays.  The issue, instead, lies with active attempts to assure that Christianity is removed from a Christian celebration.  In rebuttal, some argue that Christianity should not even be included of Christmas as a result of the current public representation of the holiday.  They believe that Christmas today has nothing to do with Christ, and, thus, should disassociate itself with the man whose name the holiday bears.

The problem with this viewpoint lies with the reasons that Jesus is being slowly forgotten at this time of year.  The contingency crying that Christ is no longer a part of Christmas misses the point that this is due, in part, to active attempts to remove Him.  Yes, a lot of this phenomenon can be attributed to the gradual emphasis on the commercial aspects of Christmas by Christians and non-Christians alike; however, a more troubling contributor to this dilemma is the active attempts to remove Christ from Christmas.  One such example is a New York school removing the lyrics “Christ the Savior is born” from the popular Christmas hymn “Silent Night.” Of course nearly a third of Americans view Christmas as more of a cultural holiday than a religious one; the religious aspects are being intentionally removed.

Lest we think this applies only to Christmas, other religious holidays have been hijacked.  An Alabama middle school was ordered to refrain from using the phrase “Easter Egg Hunt” in an effort to respect others’ religions.  In doing so, they offered a great sign of disrespect the religion whose foundation lies in the day in question.

Though Christian holidays are the most frequently secularized, this is not just a Christian problem.  It would be a travesty if Jews were told that the recognition of Jewish customs on Yom Kippur or Rosh Hashanah would not be allowed in order to respect others’ religions.  Likewise, Muslims should not be told to abstain from recognizing Eid just to avoid slighting people of other religions.  If a holiday is rooted in a Religion A, disallowing recognition of Religion A during the holiday is not a sign of respect to Religion B, but it is a sign of immense disrespect to Religion A.

Earlier this year, Texas Governor Rick Perry signed the Merry Christmas Bill into law.  This protected traditional winter holidays to be acknowledged on school grounds.  The fact that such a bill even needs to be introduced is a shame.  The fact that there are opponents to the bill is disgusting.  No one is required to celebrate anything that they do not want to celebrate, but why should those who want to commemorate a day or season be required to abstain from celebration?  The law is not specific to Christmas; it expands to Hanukah and secular celebrations as well.  Why should a teacher be fired for displaying a picture of Santa Claus in their classroom?

Religious holidays should not be treated like He-Who-Must-Not-Be-Named.  A Christmas tree is a Christmas tree.  An Easter egg is an Easter egg.  It is bad enough that religious holidays are commercialized—though, admittedly, this problem is often self-inflicted; but in a country where 87 percent of citizens who do not associate religion choose to associate themselves with a religious holiday, problems worse than commercialization arise.  I like Santa Claus.  I like presents.  I like “Jingle Bells.”  I love my religious liberties.  If large corporations can profit off of a holiday based on a religion, why can’t folks who practice that religion celebrate the holiday in a manner that recognizes its meaning?  Christians are giving people the North Pole; they should at least be allowed to recognize the manger.  Speaking of the North Pole, if I were sitting there today leading up to Christmas, you can guarantee that anyone who undermines the religious basis of a religious holiday would be on my naughty list.