Up in Smoke: How 2013 Saw Intl Drug Prohibition Unravel 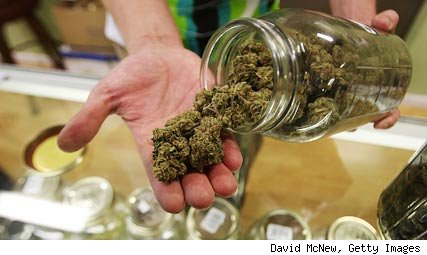 As The Economist noted in February, drug prohibition has not worked as well as one might have hoped:
Since 1998, when the UN held an event entitled “A drug-free world: we can do it”, consumption of cannabis (marijuana) and cocaine has risen by about 50%; for opiates, it has more than trebled. And a swelling pharmacopoeia of synthetic highs is spinning heads in dizzying new ways. The UN reckons that 230m people used illegal drugs in 2010. They and their suppliers (usually the humblest ones) fill prisons in rich and poor countries alike. Drug convictions account for almost half of American prisoners in federal jails. The illegal-drug industry’s revenues are some $300 billion a year… and flow untaxed into criminal hands. Drug-running mafias corrupt and destroy the places where they operate. Of the world’s eight most murderous countries, seven lie on the cocaine-trafficking route from the Andes to the United States and Europe.
Nevertheless, with a few exceptions, like Portugal’s 12 year-old harm reduction policy, which treats addiction like a disease instead of a crime, and the Netherland’s famous policy of “tolerating” marijuana, innovations in drug policy have been a rarity. That has finally started to change in 2013.

Fractures in the drug prohibition regime first appeared in January. After a vigorous lobbying effort at the UN, Bolivia gained a special exemption to the Single Convention on Narcotic Drugs allowing its indigenous population to cultivate and consume the coca leaf (the plant from which cocaine is derived). The move, “the first of its kind in the history of UN drug-control treaties,” was an important achievement for Bolivian President Evo Morales, himself formerly a coca producer and consumer, who at one point put a coca leaf in his mouth to the applause of the UN General Assembly.

Uruguay legalized the marijuana trade – from grower to toker – a policy “so obviously sensible, squeezing out the crooks and allowing the authorities to concentrate on graver crimes, that no other country has made it” writes The Economist, which honored Uruguay as the “Best Country of 2013” in part because of the change. Argentina and Chile may soon follow suit.

2013 saw Colorado and Washington legalize weed as well following referendums passed in November of last year, and President Obama (formerly of the “choom gang”) chose not to clamp down on these rebellious states (and rightly so; pot didn’t stop Obama from becoming president of the Harvard Law Review or leader of the Free World, but a jail sentence may have). This is a critical development in light of the huge role played by the United States in upholding international drug prohibition, and if the US won’t enforce its own rules on drugs in its own territory, its credibility to press other countries to crack down on drugs is reduced.

New Zealand legalized certain bath salts – or something like that – by passing a law this summer which permits the legal distribution and recreational use of novel designer drugs which have been shown to pose “little risk” to human health. Under the policy, new drugs must be deemed safe in a process analogous to the approval of prescription drugs before they can be sold. Selling to minors is illegal, advertising the products is restricted, the drugs can only be sold in special shops, and the products must list accurate ingredient information and health risks on the label. This unique approach to regulating the massive influx of novel psychoactive substances in recent years is attracting international interest; the British Government, among others, is considering modeling the policy.

None of this is to say that a tide of global drug legalization is upon us. Most recreational drugs will probably remain illegal in most places for some time. But 2013 marks a solstice in the history of drug policy; the half-century international consensus spearheaded by the United States that all countries should enforce the same strict laws on drug use is fracturing. What is replacing it is something much more fluid and heterogeneous; different countries will tailor different policies to their own values and needs. The result will likely be a world divided between countries experimenting with pragmatic drug laws and those which maintain uncompromising prohibition. History will show which side wins out.