Another Battle on the Horizon for the GOP 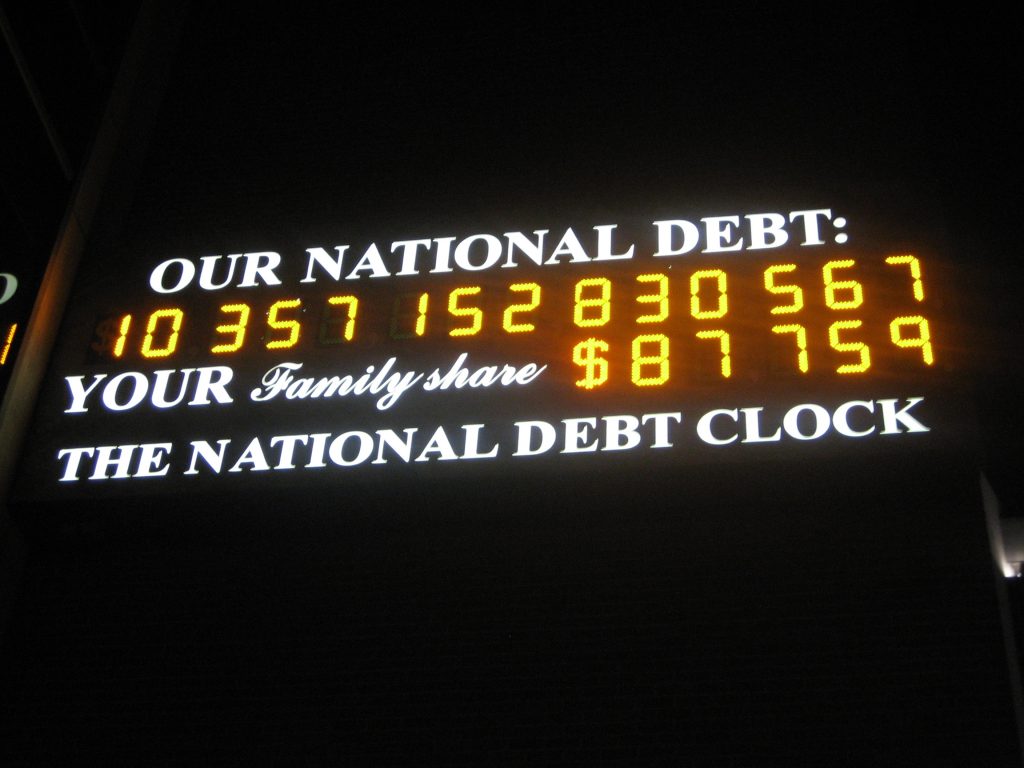 “Bad laws are the worst sort of tyranny.” – Edmund Burke

With the turn of the year, the countdown to another debt ceiling deadline will begin. The Treasury has already given notice that the federal government will only be able to continue borrowing money until February 7, after which it will have to use “extraordinary measures” to prevent a default. Unfortunately, while the Treasury was formerly able to use these “extraordinary measures” to delay default for almost six months, Treasury Secretary Jack Lew has stated that this time around such measures would only last until late February or early March. It would be best if, rather than going through a repeat of last fall’s debt ceiling fight, Congress simply agreed to raise the debt ceiling and avoid all the political and economic fallout that accompanied that fight.

However, several important figures in the Republican Party have signaled that this will not be the case. Sen. Mitch McConnell and Rep. Paul Ryan have both said that the party is going to meet after the holidays and decide what concessions it wants to demand from President Obama and Democrats in exchange for raising the debt ceiling. Sen. Ted Cruz has spent the past several months attempting to spin the fall’s government shutdown as a result of Democratic intransigence rather than Republican obstinacy, indicating that he is still believer in the obstructionist tactics that he and other members of the Tea Party caucus used in the fall. Considering that it is been the stance of President Obama and Senate Democrats that they will not negotiate over the debt ceiling, there will no doubt be another clash between the two parties.

The extent and ferocity of this fight is yet to be determined, though. Republicans might be itching for another prolonged, vicious battle; they achieved few of their goals in October’s debt ceiling agreement, and the recent two-year budget deal stopped far short of the sweeping budget cuts that are the dream of fiscal conservatives. In addition, many of the more moderate Republicans in Congress, such as McConnell, Sen. John Cornyn, and Sen. Mark Pryor, will have to face primary challenges in the 2014 elections and will be hard-pressed by conservative factions in their states to defend their votes in favor of any agreement that did not accomplish conservative goals of defunding Obamacare and reforming entitlement programs like Social Security and Medicare. If these factors collide, this upcoming debt ceiling fight could be even more aggressive than the last.

Of course, there are several considerations that could prevent such an explosive debate from occurring. For one thing, the party suffered incredible political damage during the last debt ceiling fight and the simultaneous government shutdown. Another brutal fight could erode the advantage they have since gained over Democrats as a result of the botched implementation of Obamacare. Going into a midterm election year, Republicans have gained an advantage over Democrats on a generic ballot, a reversal of polls during the debt ceiling fight. As much as hardline conservatives might be eager for a fight, Republican leadership might be prove to be more concerned with having a winning electoral strategy than with satisfying ideological purists. To that end, they might end up giving less stringent or polarizing demands to Democrats or, in a best-case scenario, trying to avoid a fight altogether.

The aforementioned budget deal that was passed a few weeks ago presents another obstacle to mounting another challenge to the debt ceiling. This past fall, Republicans had a more theoretically sound basis for negotiating over the debt ceiling. At that time, they had not passed either a continuing resolution or budget to fund the government; thus, there was not any concrete obligation to accommodate more discretionary spending by raising the debt ceiling. Even though this was not the sole purpose of the debt ceiling (since the spending mandated by entitlement programs meant that the government would probably not have enough cash on hand to make interest payments on its debt without a debt ceiling increase), this was the popular perception of what the debt ceiling was for. However, this time Congress has already approved spending for the next two years. To subsequently deny the government the ability to pay for what it has already approved would be illogical to most people, and this could translate into a loss of support for Republicans and their agenda.

These factors might prevent another debt ceiling imbroglio – but then again, the conventional wisdom prior to last October was that there was no way Republicans would dare risk a government shutdown. Most likely, the party will feel pressed by its conservative faction to make several demands in exchange for raising the debt ceiling. If that is the case, their best choice will be to make demands that have wide popular support (approval of the Keystone XL pipeline, for example). There was popular support for a repeal of Obamacare last October, but expecting President Obama to repeal his signature accomplishment was folly. However, the general public might expect him and Democrats to be more compromising on other issues that are not so integral to a progressive agenda. If that is the case, public approval might for once be on the side of Republicans.

Regardless, using the debt ceiling to extract concessions from the White House and Senate is a dangerous game. Doing so causes both economic and political instability, which are neither needed nor beneficial for either party. Republicans ought to tread carefully, for if they eventually take back the White House in 2016, they could find the same tactic used to threaten their agenda.