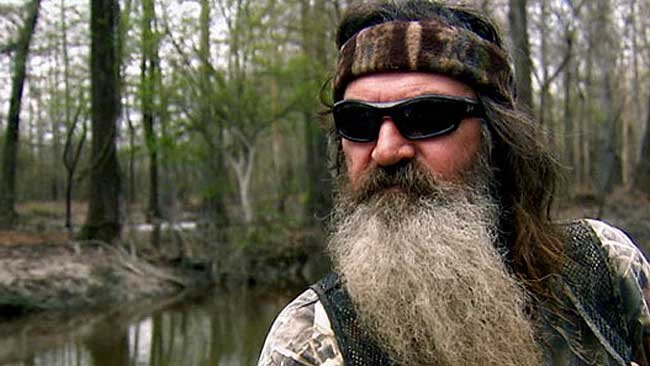 “If the freedom of speech is taken away then dumb and silent we may be led, sheep to the slaughter” – George Washington

Ask any sassy third-grader if the First Amendment gives him the right to call his teacher names and refuse to do his homework, and he’ll tell you that, no, it does not. He’ll probably add that he learned this the hard way. The First Amendment gives an American the right to voice his opinions without fear of government persecution. As Phil Robertson of the television show Duck Dynasty and former public relations executive Justine Sacco can attest to, it does not give one the right to voice his or her opinions without private retaliation in the form of job loss. While these two individuals may be out of a job because of statements they shared with the public, they were not imprisoned because of these statements, as members of the band Pussy Riot were in Russia, nor was their job loss government-sanctioned, as it was in Egypt for satirist Bassem Youssef.

In late December, the Patriarch on the television series Duck Dynasty gave an interview to GQ in which he described homosexuality as a sin. A&E proceeded to place Phil Robertson on indefinite suspension in an effort to distance themselves from his comments, and to make clear the fact that his comments do not represent the views of the entire organization. A&E had every right to fire Robertson, and his sacking in no way infringed upon his first amendment right to free speech. From television stars to politicians, people in the public eye have to be wary that any opinions they voice under the guise of free speech may have consequences in the form of a loss of public support. As a television star, Robertson’s loss of support might have meant a loss of viewers or advertisers for the A&E network, which is not something any moneymaking business wants. When A&E placed Robertson on hiatus from his show they were simply making the most logical business decision, which is why, facing more backlash from actual fans than they had accounted for, they ultimately lifted his suspension.

Another perceived free speech violation involving fired public relations executive Justine Sacco occurred around the same time as the Robertson debacle. Sacco was recently fired for writing a distasteful and insulting tweet that read, “Going to Africa. Hope I don’t get AIDS. Just kidding. I’m white!” The tweet resulted in an Internet firestorm and Sacco losing her job. As a PR executive, Sacco represented her company when she sent out her tweet, and her company did not want to be associated with her opinions, so they fired her. Like A&E they had every right to do so, and they did not violate Sacco’s right to free speech in the process. Like all other Americans, Sacco has the right to voice her opinions and make off-color jokes, however, in invoking this right she must face the consequences, which in her case include being put out of a job.

Critics of A&E and the company that fired Justine Sacco have been claiming that these parties have led an attack on free speech in America. They believe that if Americans are limited in their right to voice their opinions because of fear of retaliation, then free speech is effectively being restricted. However, throughout its history, the United States Supreme Court has made clear that free speech is not unbounded.  The case Schenck v. The United States asserted that citizens do not have the right to speech that incites a “clear and present danger.” Most famously, the example was given of shouting “‘fire,’ in a crowded theater.”  The United States v. O’Brien decision stated that the government did not violate a citizen’s right to free speech by prosecuting the symbolic burning of his Vietnam War draft card. U.S. defamation laws also serve to limit free speech regarding what can be said or written falsely about other people.

While free speech in the United States may not be as free as some constitutional conservatives may wish, it is clear that citizens in the U.S. still benefit from rights not granted elsewhere. Phil Robertson may have been temporarily out of a job because of the consequences of voicing his opinions, but it was not the government that initiated this. In Egypt, satirist Bassem Youssef’s popular television show was suspended due to his criticism of the interim government. The military government in Egypt has also taken a stance against free speech in regards to those citizens protesting it. Similarly to the crackdown of free expression in Egypt, Russia has faced criticism for “Stalinst” tendencies in regards to free speech. These tendencies were exemplified in the arrest and subsequent imprisonment of members of the band Pussy Riot for protesting President Putin. Facing international pressure, the band members have recently been released, however they are still lacking the ability to voice their opinions about their government without fear of further prosecution.

The pundits and commentators criticizing the consequences facing Phil Robertson and Justine Sacco are the same ones taking advantage of the free speech they believe is so severely limited in the United States. Some of them face no employer-sanctioned consequences for their words, while countless others have been forced into resignation or into making public apologies because of on-air comments that their employers do not want representing their company. While in the public eye these individuals all have certain responsibilities to uphold, and if they slack on their duty or agreed-upon contracts then they must face the consequences, even if this includes curtailing their right to voicing opinions that do not comply with public sentiment.